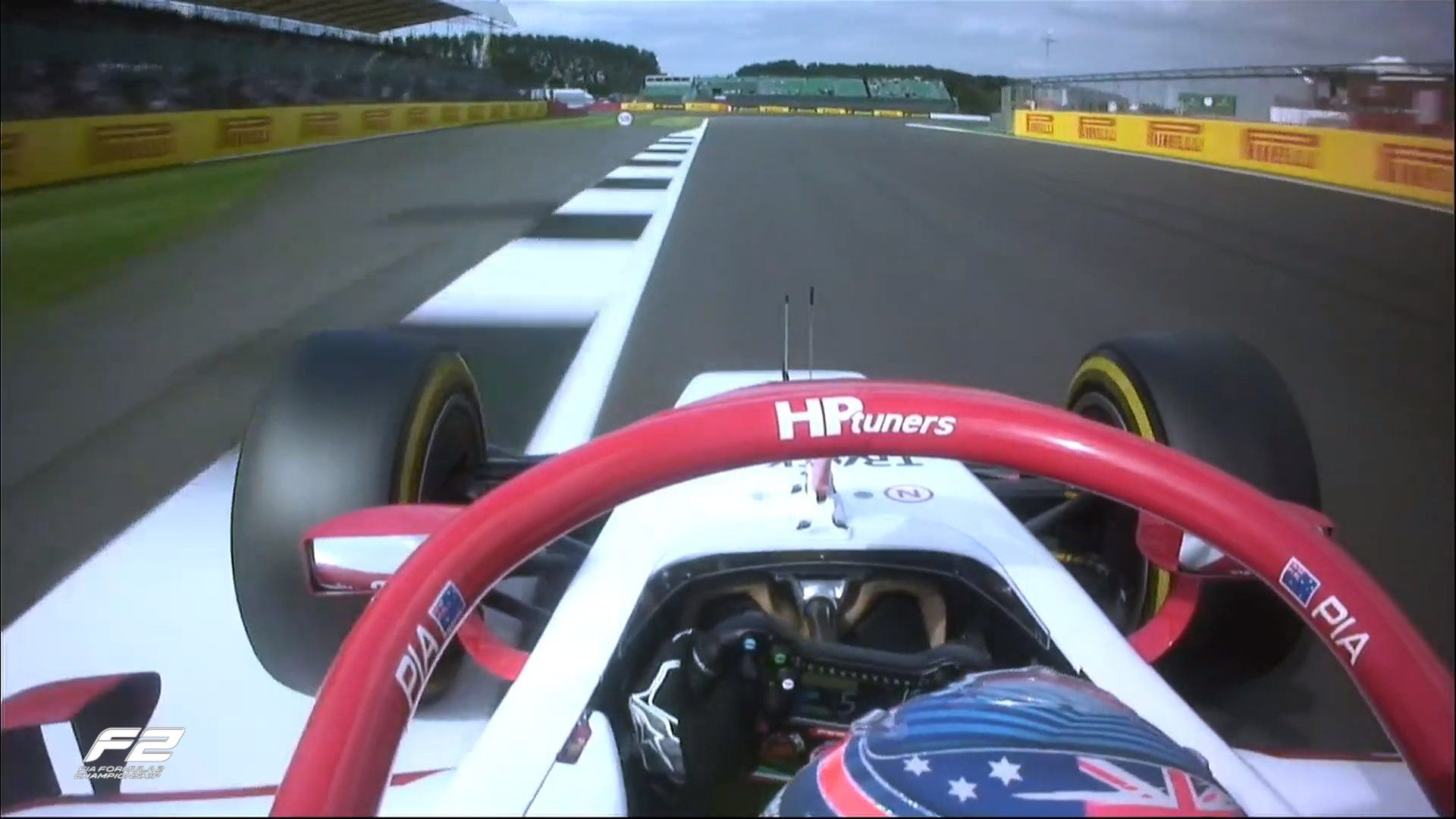 The first run in F2 qualifying at Silverstone saw a mighty run from Prema’s Oscar Piastri to lead the way with a 1m39.854s lap, where he was 0.5s faster than the second-placed Carlin’s Daniel Ticktum, with UNI-Virtuosi Racing’s Felipe Drugovich in third.

While Piastri was far ahead, everyone from second to 10th were covered by half a second, where MP Motorsport’s Richard Verschoor was on an alternate strategy of stopping between his two runs, to be sixth, similar to teammate Lirim Zendeli, who was 10th.

The second run did not see big improvements early on, with only ART Grand Prix’s Theo Pourchaire jumping from outside of Top 10 to third. Trident’s Marino Sato had a moment which caught out some, but the Japanese managed to continue on.

It was an anti-climax end with Prema’s Robert Shwartzman spinning at Stowe corner which ruined the laps of few drivers. As expected, his teammate Piastri’s early lap time was enough to hand him F2 pole for feature race on Sunday at Silverstone.

UNI-Virtuosi Racing’s Guanyu Zhou (1m40.075s) was late to improve along with Verschoor (1m40.259s), but it was not clear if they did so under yellow, with the Chinese ending up in second – crucial for his title hopes – and the Dutchman third.

Ticktum dropped to fourth from Pourchaire, with Drugovich sixth from the spinner Shwartzman. The red flag helped DAMS’ Roy Nissany, who improved to eighth late in the session, with Hitech GP’s Juri Vips ninth and ART’s Christian Lundgaard 10th.

A moment from Vips did not help his chances to improve, as Lundgaard had Race 1 pole with the Top 10 reversed, allowing the Estonian to secure a front-row start. His teammate Liam Lawson was only 11th from Carlin’s Jehan Daruvala in 12th. 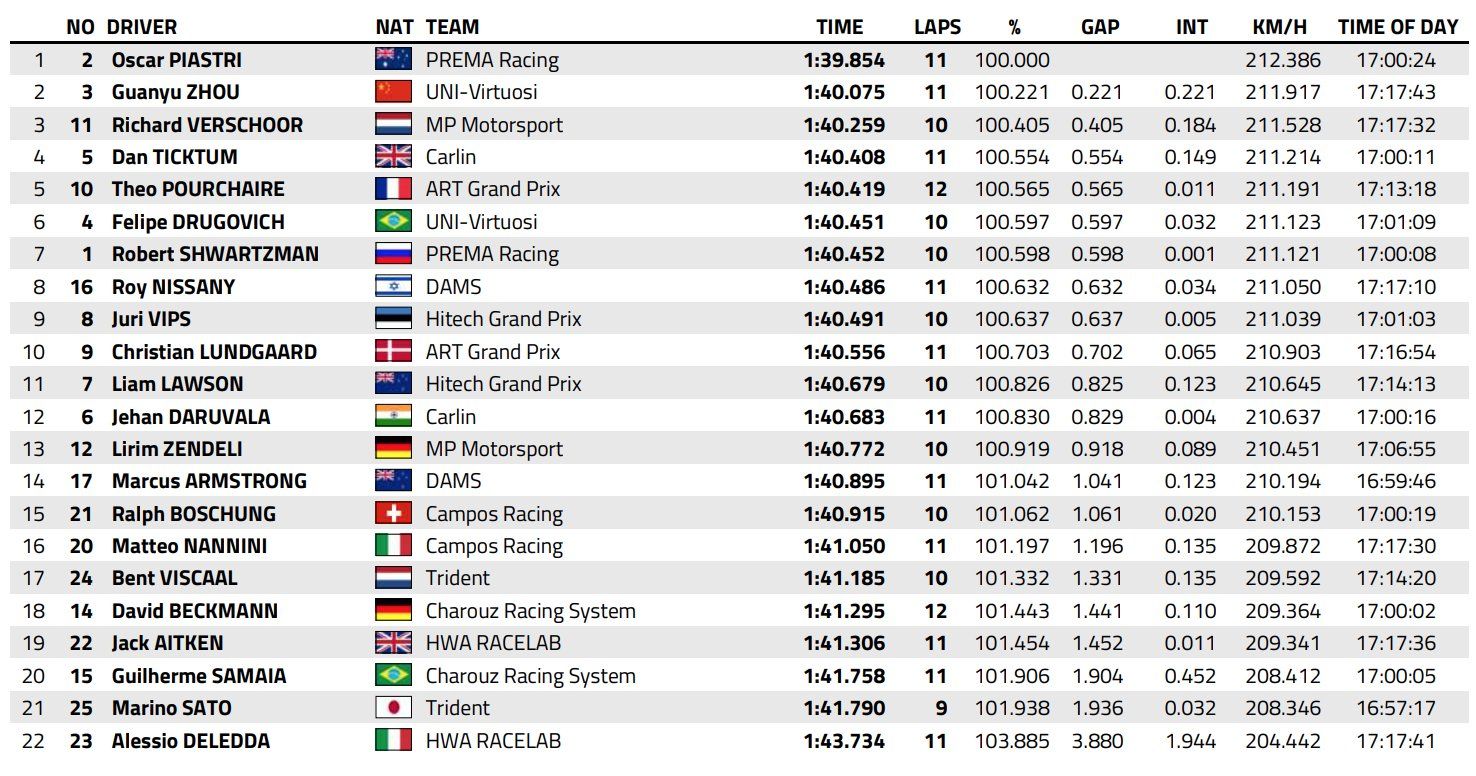