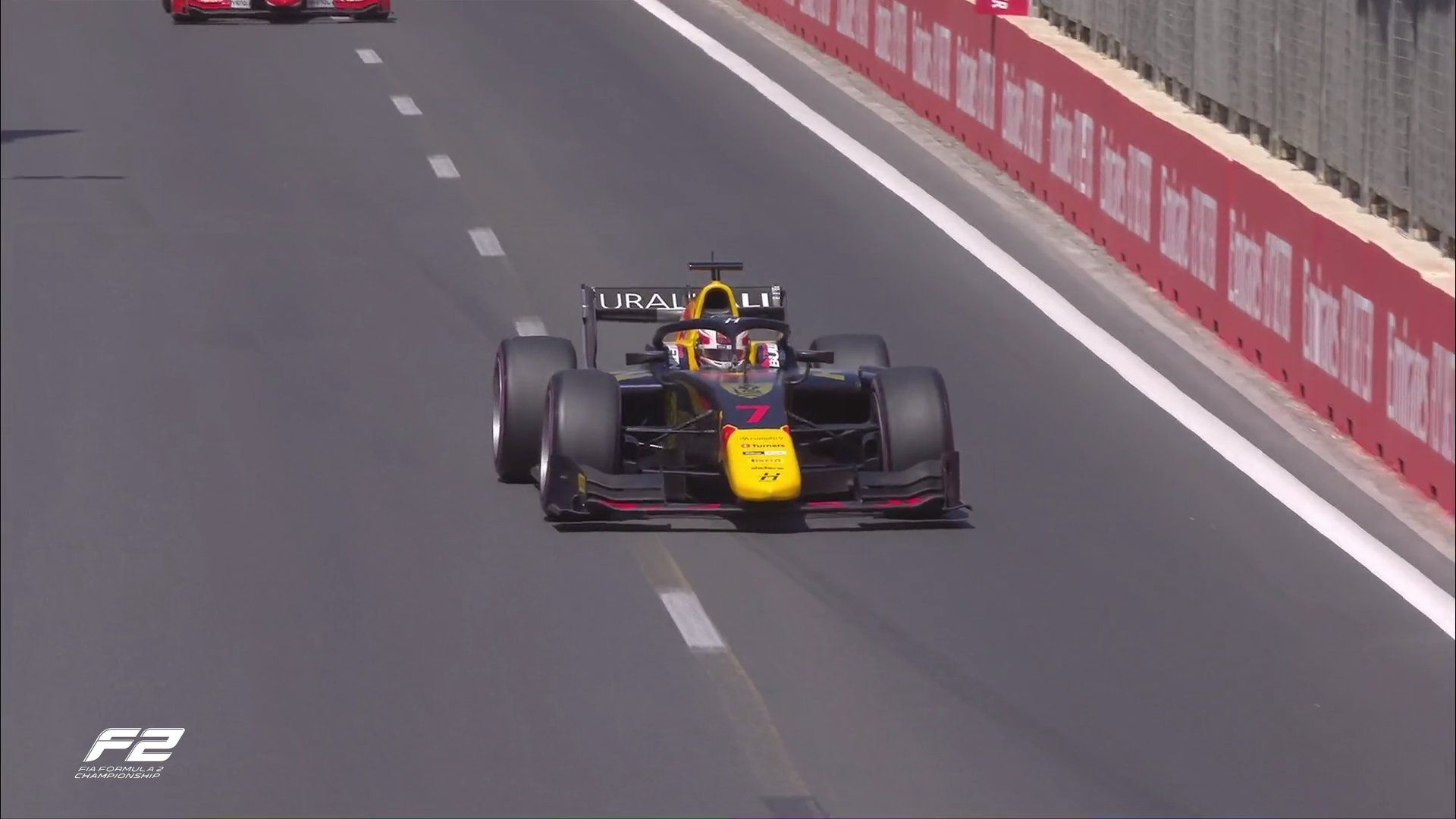 The F2 grid in Baku had one less car to start off the qualifying session, as DAMS informed about extensive damage to Roy Nissany’s car from his practice crash. With the time limitation, they couldn’t fix it up, with the Israeli to miss the session.

Also, F2 stewards handed Trident’s Marino Sato a three-place grid drop, after his crash in practice. The Japanese drove into the pits and did not stop anywhere on the track, from where he could have been recovered by the marshals.

The qualifying had F2 drivers take couple of laps to get going, with Carlin pair of Jehan Daruvala and Daniel Ticktum along with UNI-Virtuosi Racing’s Guanyu Zhou being slightly out of sequence for their first runs, as they exited the pits half a second after others.

The first run had DAMS’ Marcus Armstrong leading with a 1m55.057s lap, with ART duo of Christian Lundgaard and Theo Pourchaire just behind him in second and third, as the Top 14 drivers were bunched up, within a second of each other.

The second run’s first lap changed the order as Hitech GP’s Liam Lawson went fastest with a 1m54.332s from teammate Juri Vips and Prema’s Oscar Piastri. The final lap saw further improvements, but the Kiwi kept his nose ahead to take F2 pole in Baku.

He set a 1m54.217s to remain ahead to lead a Hitech GP 1-2, as Vips was second with a 1m54.355s, as Piastri remained third with a 1m54.508s lap. ART’s Pourchaire was fourth from Carlin’s Ticktum, with DAMS’ Armstrong only sixth after early showing.

Campos’ Ralph Boschung continued his fine run in seventh, with UNI-Virtuosi Racing’s Zhou in eighth from Carlin’s Daruvala and Prema’s Robert Shwartzman in the Top 10. Zhou’s teammate Felipe Drugovich missed out in 11th from ART’s Lundgaard.

With Lawson and Vips securing a front-row start for Sunday’s feature F2 race, it was Shwartzman on pole for Race 1 on Saturday morning in Baku, with Top 10 reverse, alongside Daruvala and Zhou.

UPDATE: Following the F2 qualifying, the stewards allowed Nissany to take part in Race 1 and Race 3 from back of the grid after all the penalties has been applied. There were three drivers with grid penalty for impeding their rivals.

They found Lundgaard driving slowly, which hampered the run of Zhou at Turn 13-14, when the latter was on a fast lap. The Dane was handed a three-place grid as a result. Interesting, the ART driver himself was impeded by Aitken at Turn 7-8.

As a result, Aitken was handed a three-place grid drop too, with Samaia being handed the same for impeding Viscaal at Turn 3. Since all the three drivers finished outside the Top 10, it doesn’t change the reverse grid order but, Lundgaard, Aitken, Samaia and Sato are to start from 15th, 17th, 20th and 21st, respectively. 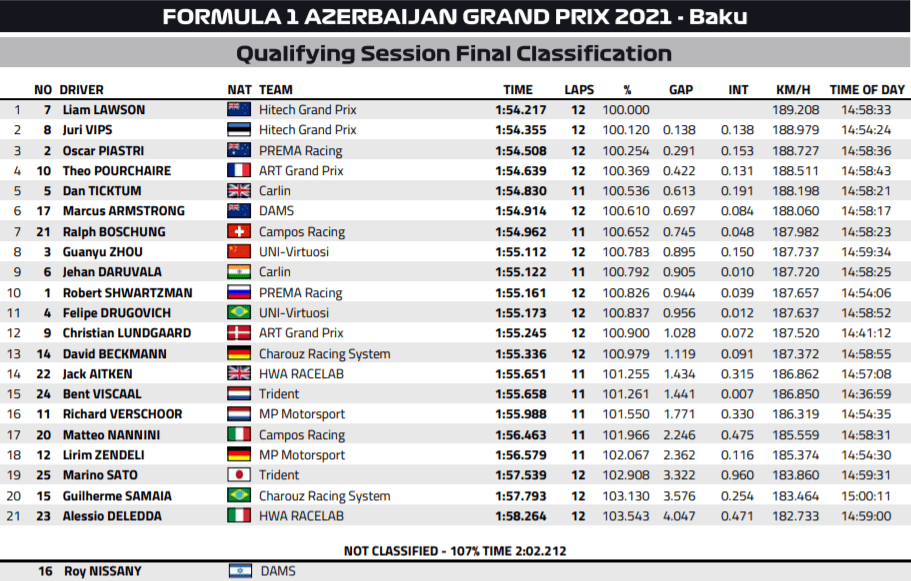