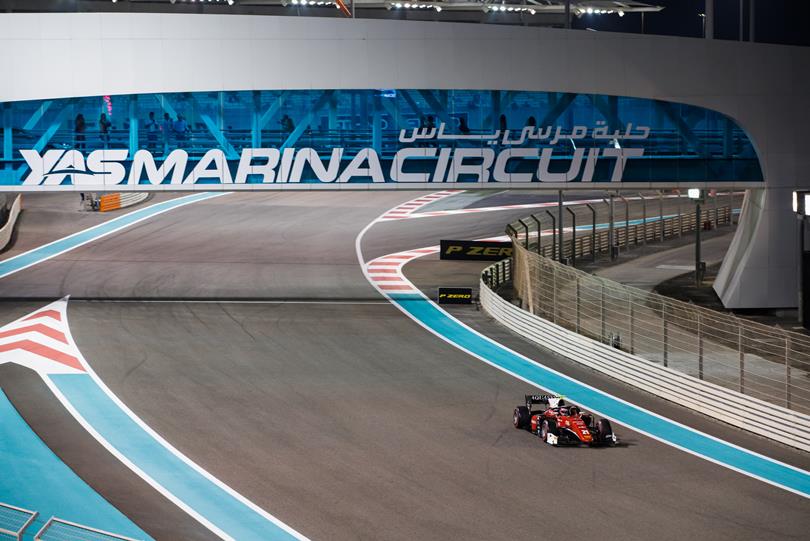 Antonio Fuoco has dominated the sprint race in Abu Dhabi from start to finish. Roberto Merhi couldn’t hold on to P2, as Lando Norris overtook him in the last lap.

The first start was aborted because Gelael was out of position on the grid, which caused Sette-Câmara to stall. Poleman Merhi had a slow start, which allowed Fuoco to take the lead after the first corner. De Vries gained two positions and was 3rd ahead of Norris and Russell, but Norris would manage to overtake him before the end of the first lap. The Virtual Safety Car was deployed after Gelael hit Kari and Makino in a very optimistic move, ending both their races and his own.

Russell didn’t have a good restart and Delétraz passed him right after the green light, although the current Champion took P5 back one lap later. Markelov fought hard with Boccolacci for P8, driving side-by-side for a few corners, allowing Albon to overtake the Frenchman too.

Russell overtook De Vries and Makelov went ahead of Ghiotto. However, the Russian driver would struggle to pass Delétraz for P6, cutting several corners. The DRS was disabled with 7 laps to go.

Norris overtook Merhi for P2 in the last lap after the Spaniard locked up. Albon overtook Ghiotto for P8 with two laps to go, but that wouldn’t be enough for him to secure P2 in the Championship, as Norris was the official 2018 runner-up. The win today, however, was for Antonio Fuoco. 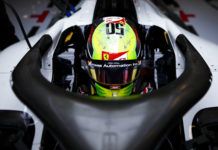