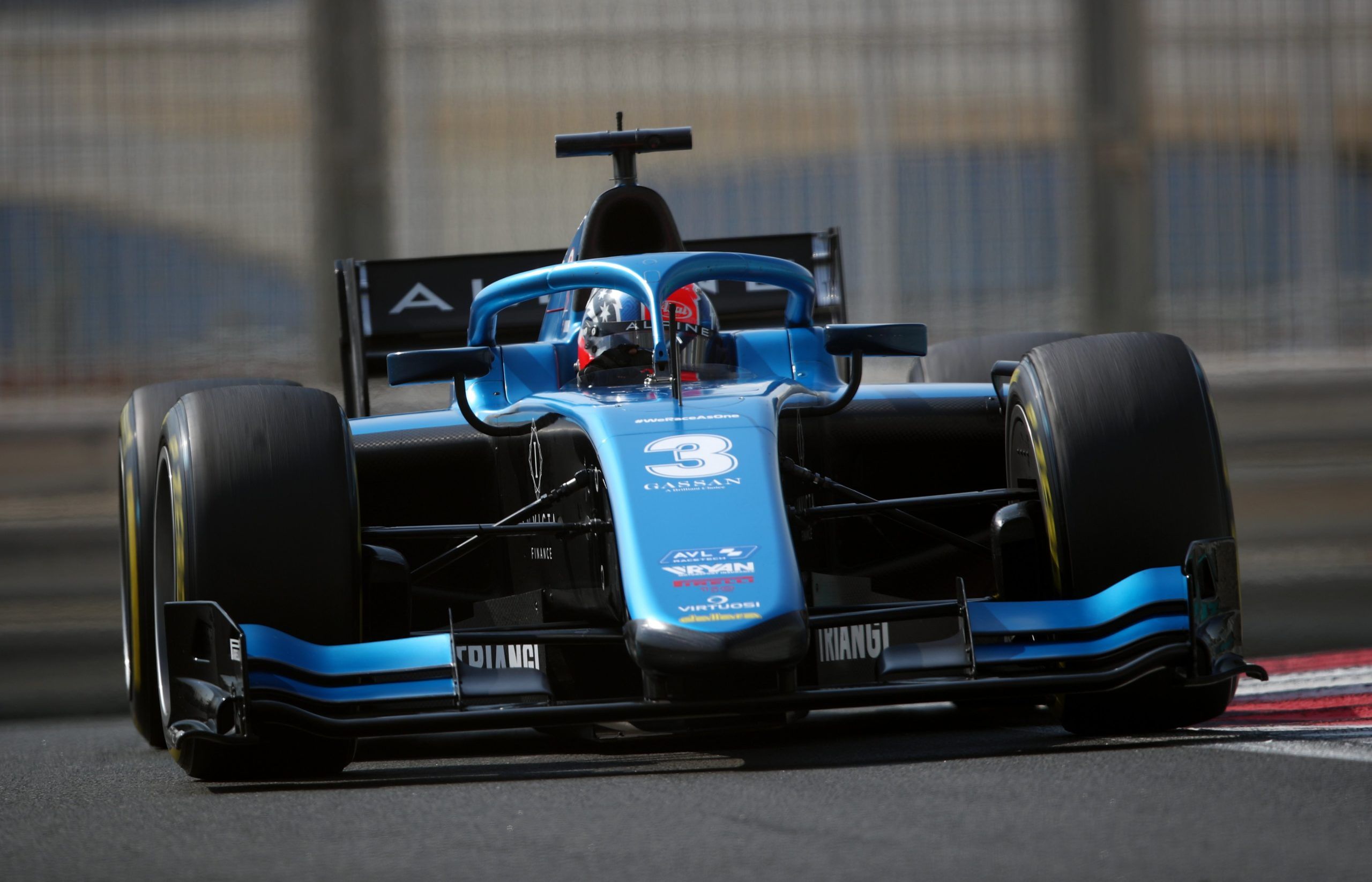 Most of the field were quick out of the box to get some laps on the board. Roy Nissany, Théo Pourchaire and Iwasa each led in the early stages before Enzo Fittipaldi broke the 1:36 barrier to lead a Carlin 1-2 ahead of Zane Maloney.  It wasn’t long before MP Motorsport returned to the top of the timing sheets, having gone fastest in Day 1’s opening session.

Bolting on a fresh set of soft tyres, Daruvala put in several flying laps to lower the benchmark, with the time to beat falling from 1:36.660 to a 1:36.160. After an hour of running, the session was halted after Victor Martins in the ART Grand Prix car crashed at Turn 16, bringing out the Red Flag for barrier repairs.

Doohan became the first driver into the 1:35s behind the wheel of the Virtuosi car, improving on Daruvala’s time by 0.170s. The Alpine junior’s 1:35.990 remained top throughout the final hour, finishing ahead of Daruvala and Iwasa.

Ralph Boschung ended the morning fourth ahead of Fittipaldi in P5 and his 2023 Campos Racing teammate Kush Maini sixth. Nissany was seventh-fastest for Charouz Racing System. Dennis Hauger closed the session in ninth, splitting the two ART cars of Pourchaire and Martins. PREMA Racing’s Frederik Vesti and Juan Manuel Correa, testing for Van Amersfoort Racing, maximised their available running time and completed the most laps with 53 each.

The focus was on long-run pace in a busy afternoon session, led by Vesti from early on. Gradual improvements from the Mercedes junior lowered his benchmark by six-tenths. His 1:38.283 put him 1.3s clear of Dennis Hauger and Iwasa. Contact between Doohan and Maini at Turn 9 midway through caused the only stoppage of the session.

Into the final hour and Trident’s Clément Novalak moved up into second ahead of 2023 PREMA rookie Bearman. As the only driver in the 1:36s until the final 10 minutes, Vesti’s best effort remained clear of the field, improving further with a 1:36.462 late on. A series of late personal best times put both PREMAs inside the top three, with Bearman splitting DAMS duo Iwasa and Arthur Leclerc in third.

Maloney was six-tenths off the top spot in fifth, ahead of Novalak and the two Charouz Racing System cars of Nissany and Brad Benavides. Roman Stanek finished ninth, whilst Hauger rounded out the top 10. 11 drivers broke the 50–lap mark, with Pourchaire achieving the most mileage on 67 laps completed.

The third and final day of post-season testing will begin at 9AM local time. Van Amersfoort Racing will have an altered line-up, with Rafael Villagómez taking over the #25 car and partnering Juan Manuel Correa in the #24.