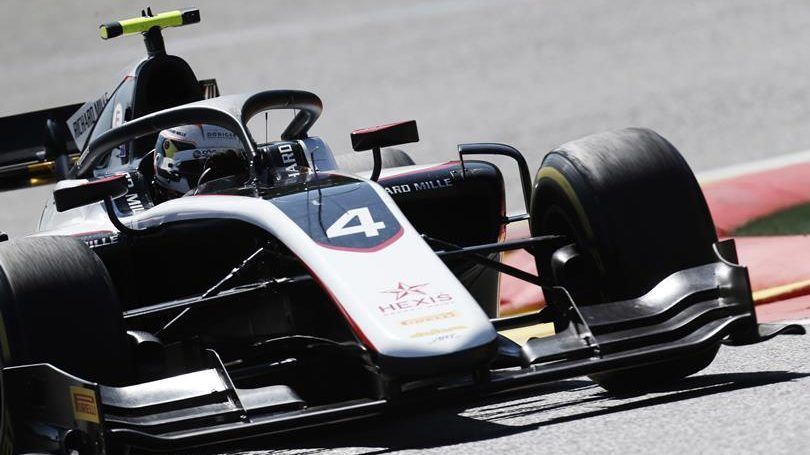 The F2 qualifying session at Spa-Francorchamps was red-flagged at the start after Sauber Junior Team by Charouz’s Callum Ilott stopped on track. Once it went green, ART’s Nyck de Vries headed the timesheets at halfway mark.

He had Carlin’s Nobuharu Matsushita behind him, with UNI-Virtuosi Racing’s Guanyu Zhou staying out longer in a different strategy to be third like MP Motorsport’s Jordan King, who was only 16th.

The final runs had de Vries improve further to a 1m58.304s to take the feature race pole, his fourth of the 2019 F2 season as the session under red flag when Prema’s Sean Gelael crashed out with under a minute to go.

In a big hit, F2 title contender and DAMS’ Nicolas Latifi could only manage 11th after driving for Williams in F1’s FP1 session, with newcomer MP Motorsport’s Marino Sato in 17th.

UPDATE: Both King and Raghunathan have been handed a three-place grid drop as both the MP Motorsport drivers failed to slow down under yellow flags. King will start from 11th with Raghunathan from 19th.