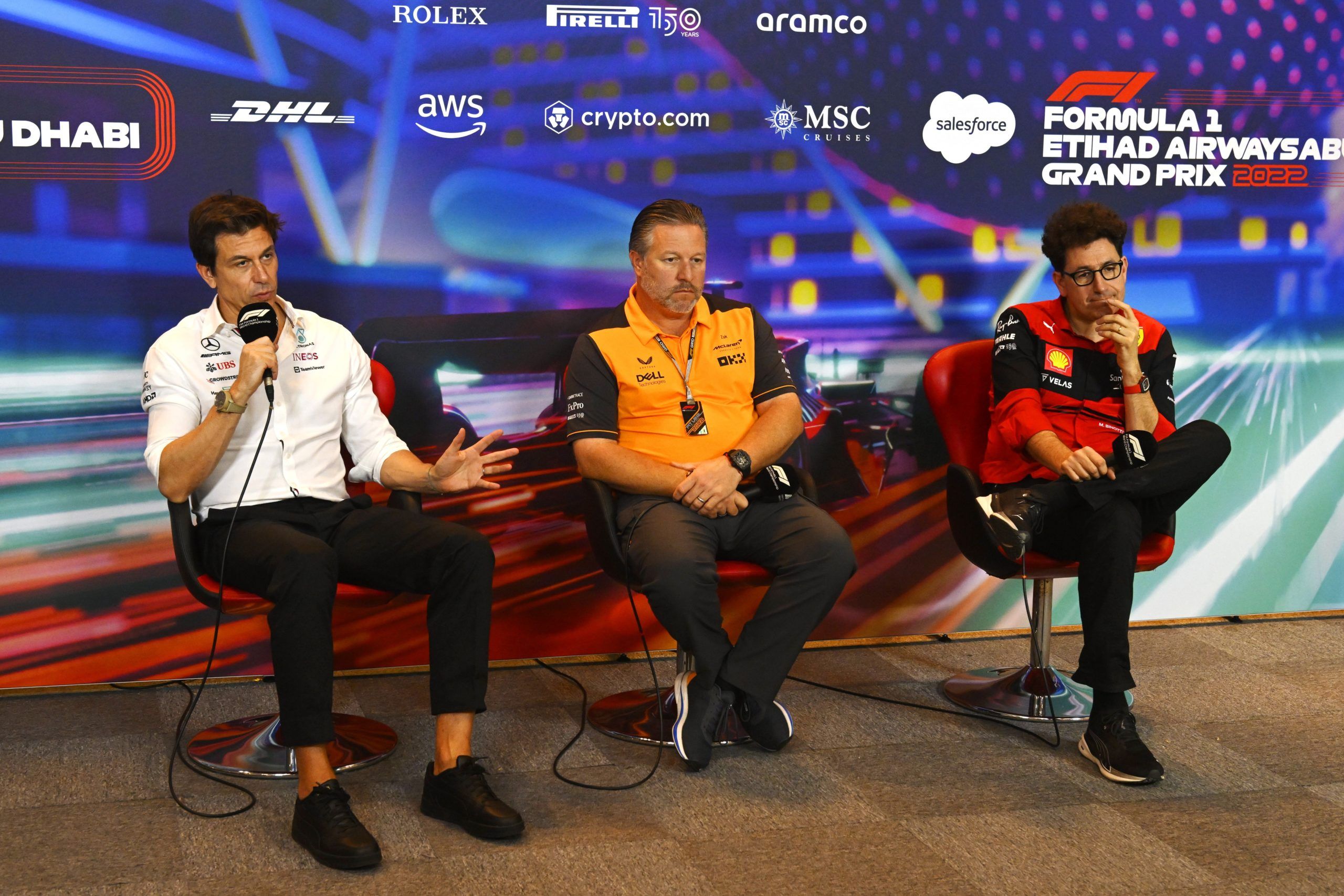 F1 team bosses react on the sport creating a new championship to aide the female racers reach the pinnacle in a systematic manner.

Over the Abu Dhabi GP weekend, Formula 1 announced ‘F1 Academy’ championship for female racers trying to progress in the junior ladder. The base idea of the series is to provide them an opportunity to move towards W Series, F3 and F2.

From the outside, it will more or less fall in the F4 category – since the racers will progress towards W Series – where they will use the Tatuus T421 chassis which will have a turbo charged engine, delivering 165 horsepower and supplied by Autotecnica.

F1 is accumulating a budget to run the series which will feature F2 and F3 teams. In the meantime, bosses like Toto Wolff, Christian Horner, Mike Krack, Laurent Rossi, Mattia Binotto (soon to leave) and Zak Brown have positive thoughts on it.

Here’s what they said:

Wolff: “Obviously I was with Susie for the end of her career in DTM and in Formula 1, and I saw the stumbling blocks that were thrown in her way. She was very competitive. At Williams, she was being put into FP1 and was very close to the main driver but still, even with the female team principles, she wasn’t given the opportunity, although it would have been great for the sport, and probably great commercially also for the team. So it was pretty… a situation that we couldn’t understand and then she decided well, clearly there is no more obvious situation that shows that door is closed at the moment. And she’s been passionate about it, further on. She’s the founder of the Dare to be Different programme that was merged with the FIA’s Girls on Track and still very much involved in how can we get young girls into Formula 1, but it needs to start at grassroots. I think if you look at go karting for a 100 drivers there’s three girls and we’re talking about the 20 best drivers in the world. So clearly, this is where we need to start.

“So I think the initiative that was started by Formula 1 is very good,  an important one:  smaller cars, lots of testing, which is important and hopefully Formula 1 can identify young female go-karters and junior drivers, because there are some good ones in W also, that can participate there, can get lots of track time and then eventually the best ones move up into Formula 4 or Formula 3 and only if we strengthen the base, we can bring a girl, a woman into Formula 1, but she needs to be competitive. I think this is the most important. We can’t just do it for the quota because that would… a woman in Formula 1 would set back by a long time if she’s not competitive. Susie’s exploring avenues, she’s always been emotionally involved in bringing drivers up. We have a young girl, Luna Fluxa, who’s very young, who’s in go karting, she makes it to the finals in the Europeans and in the World Championships. And Susie’s looking at that, and yeah, she’s discussing with Stefano whether there’s interesting avenue to work together, but nothing is decided she’s still contemplating.”

Brown: “Yeah, I think anything that creates opportunity and encourages women and diversity and youth into motor racing is a good thing. We entered Extreme E this year, so McLaren racing has our first female driver in Emma Gilmour. That’s one of the main reasons why we entered the championship, was to support our D&I, our gender equality, our sustainability agenda. And so I think it’s great to see a lot of what Liberty is doing, investing in the sport. So a women’s series we would definitely welcome and want to understand it more to see where there are opportunities for us to possibly participate.”

Binotto: “From my side as well it’s certainly  a great opportunity. I think F1 more is important in the direction, try to develop young female somehow drivers to have at some stage one thing in the Formula 1 and we at Ferrari it’s something which we certainly believe very important. As you know, we’ve got our own programme Girls on Track within our Ferrari Driver Academy, already now for three seasons. We are doing big scouting activities, we are doing camps, selections, maybe Maya [Weug] as a driver is our most let me say our first ambassador of that programme. She’s racing, she’s training and you can see her back at Maranello  with engineers, at the gym so it’s really something on which we are pushing on. We believe that at some stage it’s something that has to happen to our female drivers in Formula 1 but it will take time, because it’s a long, long journey. But more important that we’re creating opportunities, and I’m pretty sure through the opportunities it is going to happen.”

Rossi: “Well, I guess any initiative is good. We have a, I wouldn’t say a different or opposite, but just an alternate path, where we want to bring women in a more mixed environment. But it’s always good. I mean, it’s better to have that Academy than nothing, for sure.”

Horner: “I think it’s a good thing for Formula 1 to be getting involved in. And it’s just great to see more and more women coming into the sport and at all levels, as a driver, a designer, we see more women up and down the paddock now, in technical functions, operational roles. And I think it’s all about inclusiveness. And I think it’s great. I think that you know, there’s such interest from youngsters as well. And with such a young female content that are following Formula 1 now, that’s only going to see more and more people, girls wanting to get involved at the grassroots level of karting, so there’s a bigger pool of drivers coming through, that there’s more engineers, that Formula 1 is exciting and open to embracing inclusion and diversity.”

Krack: “I can only agree on what Christian and Laurent said. Clearly, any initiative is a good one to promote female drivers, but also female engineers and mechanics into our sport. So we’re very supportive of that. Now, the path chosen, I cannot really judge if this is now the right one or not, to come back to your question, but we welcome the initiative, clearly.”