F1 has revealed 13 names to take part in the Virtual GP this weekend, as Daniel Ticktum signs up with Carlin for 2021 F2 season.

As known, the Virtual GP will return this weekend in a new avatar for the 2021 season albeit for a different reason, as they link the ESports event with charity of each of the F1 teams’ choice. The donation will be regardless a team finishes first or last.

The first race will take place this weekend at Red Bull Ring, with the second event at Silverstone on February 7 and the finale at Interlagos on February 14. The changed format will see F1 ESports Pro Series drivers featuring in a 5-lap sprint race to start off.

The result will decide the starting order of the main F1 Virtual GP event of 36 laps. This weekend’s Austrian event’s broadcast will start from 18:00 GMT on Sunday and can be viewed on YouTube, Facebook, Twitch, Huya (China) and Weibo (China) channels.

Like last year, the F1 broadcasters like Sky Sports, ESPN, FOX Sports and Ziggo, will also telecast the Virtual GP races. The initial list of drivers has been released by the organisers, with 11 names fixed up so far, featuring current/reserve drivers and celebrities.

Williams is the only F1 team so far to have its regular drivers with 2020 Virtual GP winner George Russell pairing up with Nicholas Latifi. Red Bull will have its reserve Alexander Albon alongside Red Bull KTM Factory rider and MXGP World Champion, Jeffrey Herlings.

Among others, Stoffel Vandoorne will drive for Mercedes and Vitantonio Liuzzi for AlphaTauri. The second non-racing background driver announced is footballer Thibaut Courtois for Alfa Romeo, as he returns to F1 Virtual GP fold. The rest of the seven names will be revealed before the weekend.

“We are thrilled to be bringing the Virtual Grands Prix back to keep fans entertained during the off-season as we look forward to the year of racing ahead,” said Julian Tan. “Last year’s virtual events were a huge success for F1 Esports and we can’t wait to see the F1 drivers and famous faces back in action once again, and this time all in the name of charity.”

UPDATE: F1 released the full line-up for the first weekend of Virtual GP. The Mercedes line-up will be completed by Anthony Davidson, with AlphaTauri opting for Luca Salvadori and Alfa Romeo having Jack ‘Pie Face’ McDermott.

Interestingly, Aston Martin will not take part in the Virtual GP, with McLaren opting for Jimmy Broadbent and Ben ‘Tiametmarduk’ Daly to complete the 18-car line-up. Along with the main racers, F1 also released the sprint racers list, which goes:

UPDATE 2: Williams announced a late change in their line-up with Russell missing out. The team noted that he will return for the next couple of races, as Youtuber ‘Flowstreet’ is to replace him alongside Latifi for Round 1.

As was expected, Ticktum will remain in F2 for his second season in 2021, as he switches from DAMS to Carlin. The Brit had tested with the British team in Bahrain after 2020 ended, as he teams up with Red Bull F1 junior Jehan Daruvala, for a crucial year.

“I’m really looking forward to the season ahead and working with Carlin this year. We had three productive test days in Bahrain and I already feel part of the team,” said Ticktum. “We have worked really well together and already know what our goals are for pre-season testing.

“Carlin proved they had a race winning car towards the end of last season and I really want to capitalise on that and mount a strong championship challenge from the start. I can’t wait to get the season underway.” Meanwhile, team boss Trevor Carlin, added:

“We’re really excited to have Dan join the team. We’ve known Dan a long time and worked with him briefly in Macau a couple of years ago as well as in the post-season F2 tests in December. He’s very quick and a great racer and we are excited to see his true potential with us this year. We’ll be working with him to really develop everything he’s learnt so far with the aim to mount a very consistent and measured championship attack.

“We have an exciting young line-up with both Dan and Jehan this season and I can’t wait to see them on track as team-mates. I know they will keep pushing us forward as a team and it will be up to us as a team to deliver a fast car to allow them to challenge for wins from the outset.” 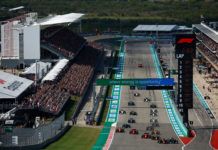 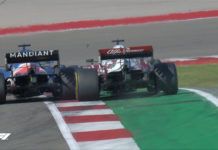 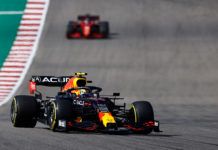