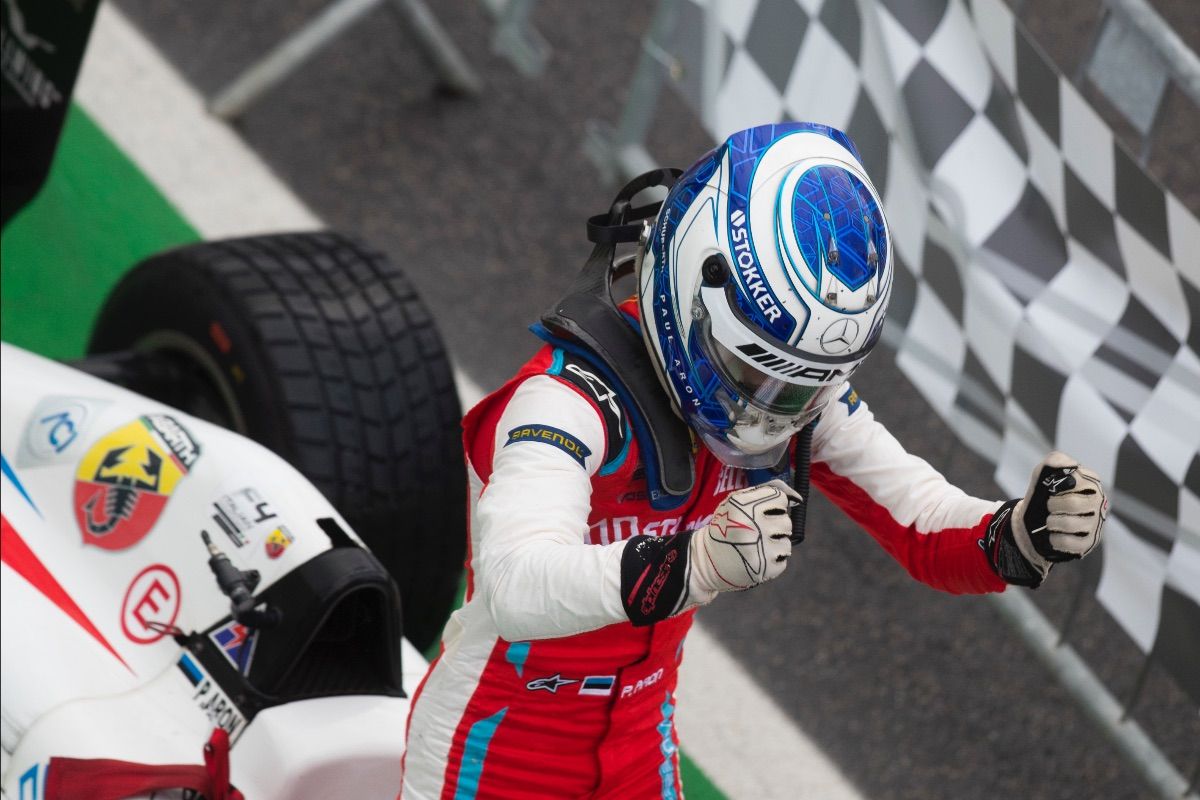 The names for this weekend’s F1 Virtual GP to be held at Silverstone has been revealed, as Mercedes junior Paul Aron joins Formula Regional European Championship by Alpine grid.

After the success in Round 1 of the F1 Virtual GP at Red Bull Ring, the names for this weekend’s race at Silverstone has been released with George Russell finally to make his 2021 debut alongside teammate Nicholas Latifi.

Among the newcomers, Ferrari will field Callum Ilott and Robert Shwartzman, with Red Bull getting in Liam Lawson and Alpine bringing in YouTuber, Squeezie & sim racer, Theamusante. These are the 14 names so far released by F1, with five more to come – expect Aston Martin.

As known, the charity F1 Virtual GP will have Pro Sim racers racing in a Sprint race which sets the grid for the Main race. The Silverstone event will be broadcast from 18:00 GMT on February 7 on the official Formula 1 YouTube, Facebook, Twitch, Huya (China) and Weibo (China) channels, as well as broadcast by international television partners including Sky Sports, ESPN, FOX Sports and Ziggo.

“It’s great to welcome George and Nicholas back to the grid this weekend, alongside a host of fantastic names from across the motorsport world,” said Julian Tan. “The drivers always enjoy driving around the iconic Silverstone circuit, even virtually, so we are really looking forward to Sunday’s race. The first event was a lot of fun, and it is terrific to see our drivers do good for charity whilst entertaining fans around the world as we await the start of the 2021 season.”

UPDATE: Mercedes joined Aston Martin in not taking part in the F1 Virtual GP this weekend. They had Stoffel Vandoorne and Anthony Davidson but the German team have pulled out for the Silverstone race. The 16 names were rounded out by McLaren’s Jimmy Broadbent and Ben ‘Tiametmarduk’ Daly.

The Pro racers to take part will be:

Here’s how Round 1 of F1 Virtual GP panned out

Mercedes F1 junior Paul Aron has joined the grid of the 2021 Formula Regional European Championship by Alpine grid with Prema, completing the team’s three-car line-up, who now are only left with an open space for a female driver in the fourth car.

Aron raced in the Formula Renault Eurocup series in 2020 with ART, where he finished 11th, with just one podium finish. Technically it will be his second year in the championship after the merger of Formula Regional with Eurocup from 2021 onward.

He joins Ferrari junior Dino Beganovic and highly regarded David Vidales. “I can’t express how thankful I am for this opportunity,” said Aron. “I’m super happy to be back with Prema for the 2021 Formula Regional European Championship by Alpine.

“The team is like a second family for me. We managed to do an amazing year together in Formula 4, and I am sure they are just the ingredient I need to make a successful year in 2021. Can’t wait for the season to start.”

Team boss Angelo Rosin added: “It’s great to welcome Paul back with us. He impressed us in his debut season in car racing, and we are looking forward to seeing how he progressed and matured. We are sure he has outstanding potential and the fact that he already knows the car-engine package means that he will be an even more valuable asset.”

Here’s the grid so far and calendar