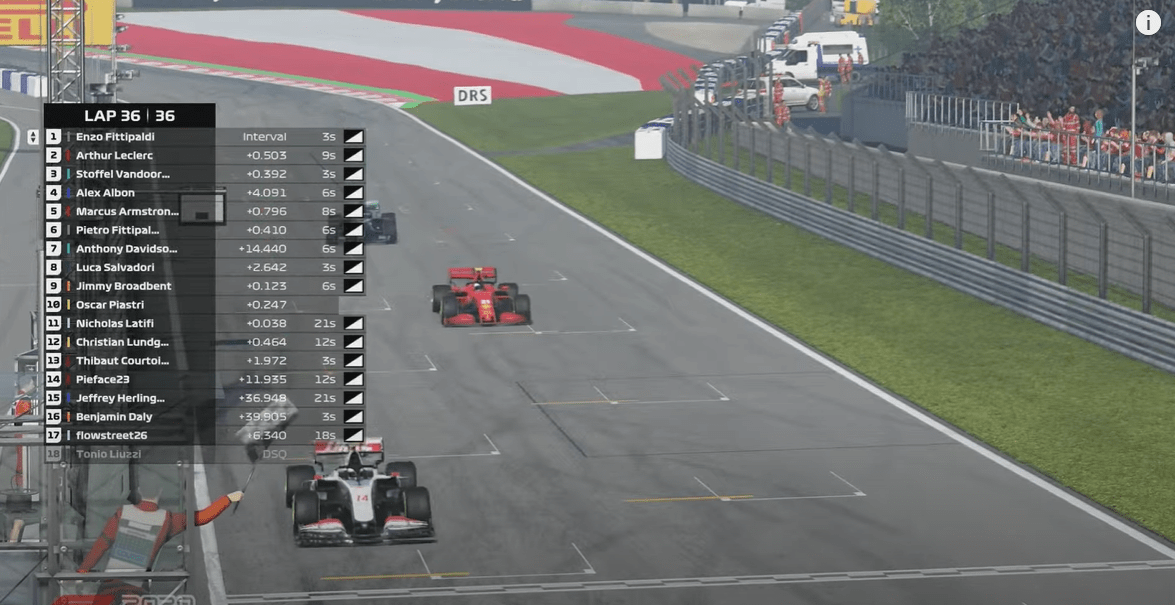 Only nine F1 teams took part in Round 1 as Aston Martin gave it a miss. In terms of drivers, Nicholas Latifi was the sole to take part from the current grid after teammate George Russell decided to give it a miss in the final hour of the event.

The Sprint race saw a fine show by Ferrari’s David Tonizza to take pole ahead of Mercedes’ Dani Moreno and Ferrari’s Brendon Leigh, whereas Red Bull’s Marcel Kiefer was fourth and McLaren’s Josh Idowu rounded out the Top 5 position.

The Main Virtual GP saw the two Ferrari drivers Leclerc and Marcus Armstrong leading the way with the McLaren duo Jimmy Broadbent and Ben ‘Tiametmarduk’ Daly with them along with Haas duo of Pietro and Enzo Fittipaldi and Mercedes’ Stoffel Vandoorne.

While Red Bull’s Alexander Albon was to start from fourth but he did from back of the grid and also lost his connection at one point but returned well. The Thai racer was on the alternate strategy of medium to soft, same as Vandoorne in the Top 10.

By mid-way, the fight had the Ferrari duo against the Haas drivers, with the likes of Vandoorne and Albon in the mix. Everyone bar Alpine’s Oscar Piastri had a penalty against their name, with Williams’ Latifi gathering the highest of 21 seconds against his name.

Towards the end, it was a huge fight between E Fittipaldi and A Leclerc for the win, with the two going wheel-to-wheel and even touching each other while exchanging places. It was the Brazilian at the front eventually to win the F1 Virtual GP.

Leclerc finished second on the road but a penalty meant he dropped to third behind Vandoorne, who almost had Fittipaldi in the end on his soft tyres. Albon came close to snatching third from the Monegasque but the Ferrari hung on to the podium. Armstrong finished fifth from P Fittipaldi as Mercedes’ Anthony Davidson fought back to sixth.

It was a calm start in 2021 IMSA’s Daytona 24 Hours in the DPi category with the #31 Whelen Engineering Cadillac maintaining its lead from pole, but there was drama in GTLM category, which saw the #25 RLLR BMW hit the rear of the sole Porsche entry. Debris from the incident later prompted a yellow flag.

The #31 maintained its lead but multiple yellow and caution period helped the #01 Chip Ganassi Racing Cadillac entry to assume the top spot. The early part of the race saw further interruptions with multiple collisions/incidents as it was the turn of #10 Wayne Taylor Racing Acura to head the race in the night and heading towards morning.

It fended off attacks from Caddilac’s #01 car but a puncture hampered its charge – something which was common all-through the race. The cat and mouse game, though, continued until the end as the two were tightly packed with each other along with three others – #48 Cadillac, #55 Mazda and #60 Acura.

The #01 never allowed the #10 to run away despite the former pitting for 36 times than the latter’s 31. The final nail in the coffin was a late puncture with about seven minutes to go, which allowed Felipe Albequerque to keep his lead, as he led WTR squad of Alexander Rossi, Ricky Taylor and Helio Castroneves to a sound win in 2021 Daytona 24 Hours.

The mighty effort from #01 Renger van der Zande was all in vain as the CGR crew of Scott Dixon and Kevin Magnussen, finished fifth. The #48 Action Express Racing Cadillac of  Kamui Kobayashi, Jimmie Johnson, Simon Pagenaud and Mike Rockenfeller, ended up second after a late move on #55 Mazda – thanks to a monstrous overnight stints from the Japanese racer in their team.

The #55 Mazda of Oliver Jarvis, Johnathan Bomarito and Harry Tincknell had to settle with third as fourth place went to #60 Meyer Shank Racing Acura of Olivier Pla, Dane Cameron, Juan Pablo Montoya, and AJ Allmedinger, in the DPi category. 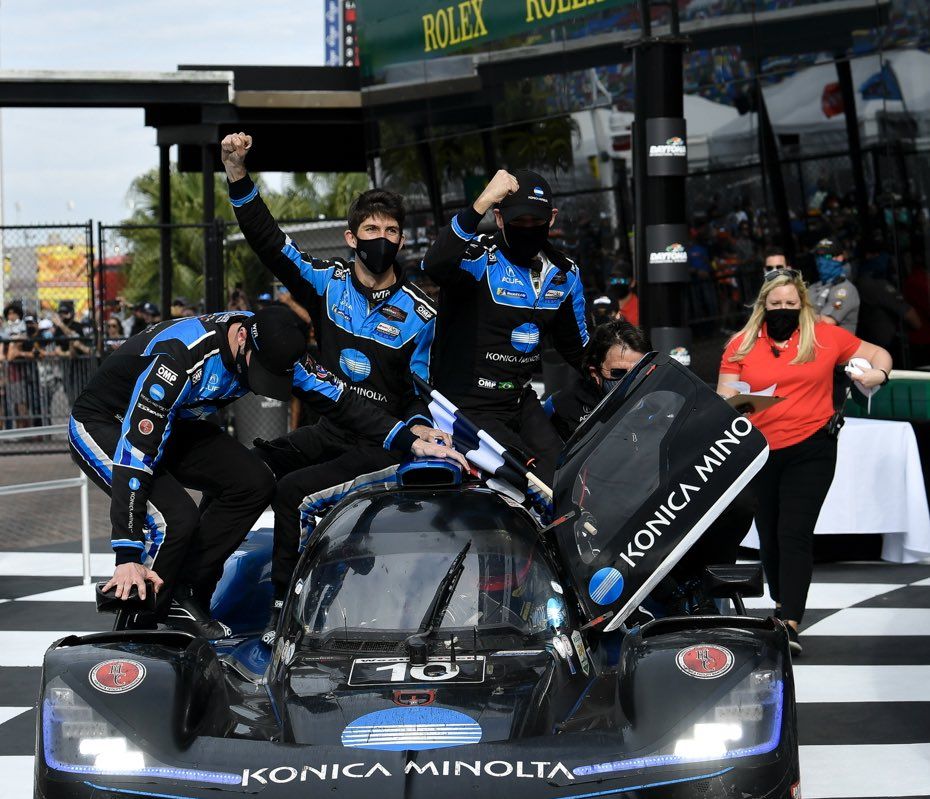 #IMSA #Rolex24 Feel sorry for @Rengervdz as he had a shot of victory. @jbleekemolen just missed out at the podium with a P4 but @IndyDontje and @nickcatsburg won their category so there was still some Dutch succes. #MsportXtra pic.twitter.com/rqM3BmmFZm