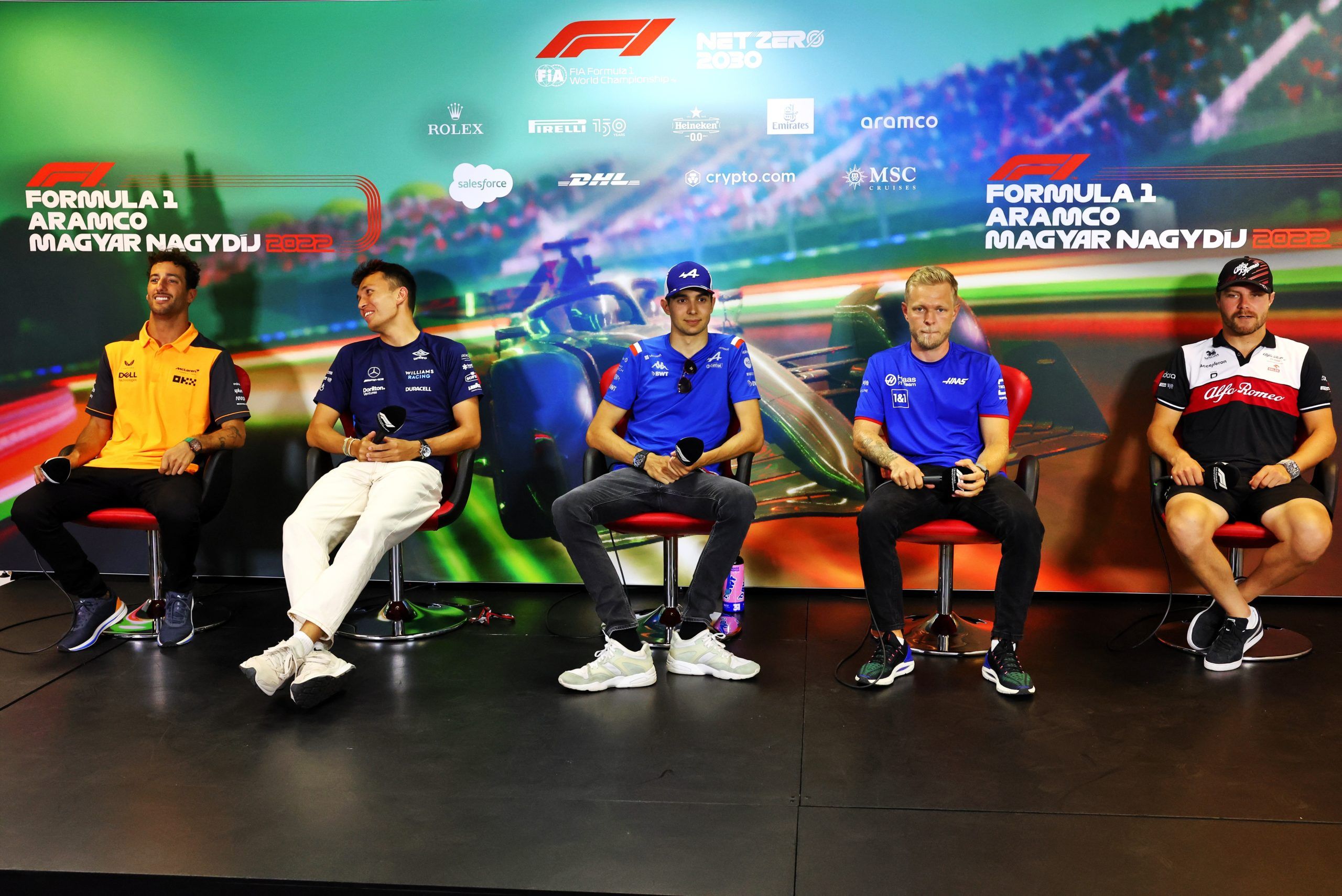 F1 drivers discuss about their future beyond the sport after Sebastian Vettel announced his retirement before the summer break of 2022 season.

Everyone has to retire at some point for and Grand Prix drivers are no exception. What has been well documented has been the case scenario that Sebastian Vettel announced his intention to do so some weeks back.

However, life after F1 and does the future hold. Some put their feet up and other sometimes do other things. Alan Jones, the 1980 World Champion went and started working on his farm and likewise Jackie Stewart started a safety crusade for the sport.

Eddie Irvine went in to Property and did very well, Niki Lauda ran an airline, while a lot of current ones take up commentary and pundit roles. But with changing times, the current crop have other ideas in their mind about their future beyond F1.

Here’s what the F1 drivers stated:

Daniel Ricciardo: “I’ll go! On a beach, for sure. The first word that I thought was, life would be less chaotic. But yeah, I haven’t given it any real thought. I think the biggest thing that we get used to is the schedule, you know, and always working to a schedule and a time. And you know, I think that would be the biggest change, I would imagine. I’m sure life for everyone would still be busy, you know, whether that’s starting a family or whatever, but yeah, just the schedule that is in F1, and now with the weekends and how many races we have and other events and appearances. I think that’s the biggest change. You know, I think everything would feel like it would slow down quite a lot.”

Alexander Albon: “So for me right now, no, I’m not looking too far into the future, into retirement, I guess. But I’m sure you have to look at it a little bit. But not right now. But yeah, I’ll look for, I don’t know, a cottage in the Cotswolds or something? That would be very nice.”

Esteban Ocon: “No, it’s still too far for me, hopefully. Yeah, I don’t want to think about retirement at the moment. But yeah, I mean, after Formula 1 I guess you have so many cool series to try as well. So many different cars to experience. I see Le Mans is shaping up quite impressively at the moment with a lot of cool brands that are joining. Of course, I’m not looking at that at all. I’m fully into Formula 1, but that looks to be quite a cool series, I don’t know, in 15 years or 10 years to try.”

Kevin Magnussen: “Yeah, I mean, last year, kind of showed what that life is like. It was pretty good! I think it showed, you know… I came out of Formula 1 and I had a lot of things going on, you know. I was very happy that I had kept a life going outside of Formula 1 while I was in Formula 1 last time. I still raced, I raced a lot of things. I did Le Mans with my dad as a team-mate, that was a lot of fun and, you know, raced an IndyCar, raced at Daytona in sports cars and I had a lot of fun. That was for sure. And I didn’t feel like I was missing out on Formula 1. But when I watched the races it hurt a little bit that I knew I wasn’t going to do that again. So, you know, I think once I retire for good, then I will always miss driving these cars and racing these cars. I think it is really a massive privilege and last year kind of showed or highlighted how big a privilege it is. Once you kind of lose it and get it back, it’s very cool to be a Formula 1 driver.”

Valtteri Bottas: “Also not really for me yet, but eventually, you know, I’m sure there’s so many cool things, opportunities to do and yeah, but I don’t think about it too much.” | Ocon: “I want you to teach me to rally.” | Bottas: “Of course, we’ll do that! Rallying is good fun. For sure, after F1 I’ll keep driving something that’s for sure. Because I just love driving.”