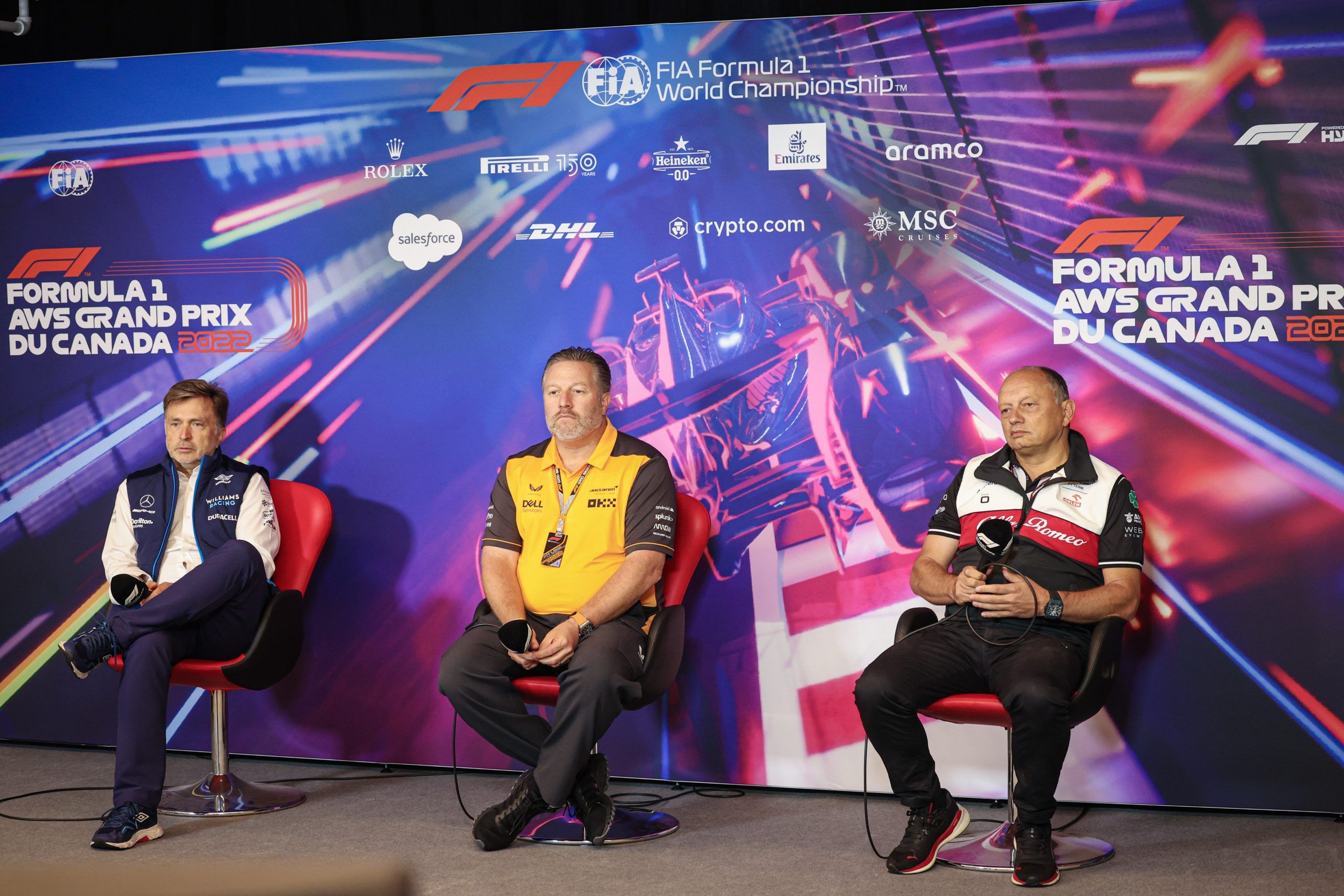 The 2023 Formula 1 calendar is beginning to take shape behind the scenes, with it set to be announced officially in the coming weeks. F1 CEO and former Ferrari team boss Stefano Domenicali has been at the forefront of negotiations to create an all-new, modern racing calendar.

CEO of the Liberty Media-owned F1 Group Domenicali tasked himself, upon appointment to the role after Chase Carey relinquished his position at the helm of the commercial side of the championship, to create a more logistically-friendly and sustainable calendar.

F1’s soaring popularity in North America has only gone to assist Domenicali in achieving his goal of increasing the number of races per season from closer to 20 races to upwards of 24. The Miami GP is the latest high profile addition and will be joined next year by the hotly-anticipated Las Vegas GP. These venues join the Circuit of the Americas in Texas as three races in the USA – five in North America including Canada and Mexico.

Miami’s 2022 date in May was perhaps a somewhat last minute introduction, which is clear in its positioning in the traditionally European leg of the season in between Imola and Spain. This meant that the paddock had to fly across the Atlantic and back for one race in North America, before returning to the continent again for Canada in between Azerbaijan and Great Britain.

The new calendar for next year is thought to be focused on regionalising and bringing down the financial and environmental consequences which come with stand-alone flyaway races. Miami will most likely partner with Canada and Azerbaijan will move to a position after the early Middle Eastern rounds.

The status of some of F1’s ‘historic’ rounds are also under real threat owing to Liberty Media’s increasing concentration on commercial viability over historical value. It is unclear whether Spa will remain on the calendar, and if it does it is highly likely it will be in a different capacity – either as a rotation or non-championship event. France is set to drop off after this season and the fate of Monaco is thought to be in the hands of a contentious commercial deal.

The Kyalami circuit in South Africa is set to make a comeback for the first time since 1993, which will cement Formula 1’s recognition as a ‘world’ championship by calling at each of the world’s continents for the first time since leaving Kyalami. All of these additions come at a human cost however, making the working season longer and more arduous for those working in the sport. Many have aired ethical concerns over increasing the calendar length.

In anticipation of the calendar reveal, a selection of team principals were asked their views on the primary aspects of the modern calendar debate:

How achievable is a 24-race calendar for your teams, especially in a budget cap era where personnel numbers are being cut back?

Otmar Szafnauer – Alpine Team Principal: “Well, I must say [that] Stefano and Formula 1 have done a good job with the calendar recently, and a good job in general. It seems like wherever we go now there’s a massive fan base, it’s sold out. So if there’s demand, you know, then I think we will leave it to Stefano to decide, and Formula 1, as to where we go and we will be supportive.

“However, looking at how the races are spread – when we start, when we stop – triple-headers are very difficult. And so, from that perspective, I think we can do a better job. I know that they’re looking at maybe not flying cross-continent and doing races in the same time zones over and over to make it easier on everyone, so that will be welcome.”

Mike Krack – Aston Martin Team Principal: “Yeah, 100% agree with Otmar. Bringing the calendar more regional is, I think, the way forward. Triple-headers are a killer for the personnel. If we can manage these two things, I think we will be okay to do 22 or 23 or 24 races.”

Franz Tost – AlphaTauri Team Principal: “As we are racing, you know, racing is our business, so the more races we have the better it is, the more income we have. Therefore I am looking forward to the 24 races.”

What are your thoughts on returning to South Africa, and the possible loss or rotation of Spa and other classic tracks?

Franz Tost: “I’m really very much looking forward to go to South Africa, because we miss this race over there. We miss this continent. And it’s really, really important to have a race over there. And for the other races, I don’t want to mention any names. No money, no game, it’s totally easy. If they have the money, we go there. If they don’t have the money we don’t go there.”

Mike Krack: “We support F1 in making a balanced calendar. I think they are well aware of where the fan base are, how much balance you need to have between new and classic, I would say. So if one or the other races is not on the calendar every year, I don’t think it’s a drama. We have to look for the new without going to 35 races or something like that. So, from that point of view, I think we will find a good balance. And as I said, if there is one not there for one year, something we had in the past I think Germany rotated a couple of years ago, and it’s okay in my opinion.”

Zak Brown – McLaren Team Principal: “I think we have the luxury problem of having more countries that want to have Grands Prix than we can put on our calendar so that’s a good problem to have. Ultimately, I think we all have a tremendous amount of trust in Stefano to put together the most optimum calendar for fans, for teams, for sustainability as far as logistics, economics and all this goes into play when putting together a calendar.

“I do think there’ll probably be a point where we need to look at rotational races because if we have the demand, and there are great tracks and great countries, then I think we should try and embrace them. But that will be beyond what is physically possible to compete in. And then we’ve got some great new venues that have come on: Vegas and Miami and… I think we all love the historical circuits, so hopefully there’s a place for us to accommodate everyone in an adaptable, flexible calendar in the future.”

Jost Capito – Williams CEO and Team Principal: “We haven’t seen the draft for the calendar for next year. As Zak said, there are a lot of countries who want a race and a lot of new exciting races. But on the other side, like a circuit like Spa is traditional, the drivers love it and… the teams don’t love it that much because of the weather, but I think it has a place in the calendar and to see how in the future you get the right balance between new tracks and the traditional tracks. But we have trust in Stefano there as well, because he’s long enough in Formula 1 to know the value of the traditional races as well and we are confident that he presents a really balanced calendar.”

Frederic Vasseur – Alfa Romeo Team Principal: “I think that for the championship and the FIA, F1 is a world championship and I think it would make absolute sense to have a race in Africa, and Kyalami would be, I think, a great event. Now we don’t have to see it as a competition between Spa and Kyalami. It’s not the case at all that but as Zak said before, it’s a good feeling also for the championship to have this kind of competition that I don’t remember a couple of years ago. We are in this shape and that we have to appreciate the job done by the FOM and the FIA.”

Are you worried that race team people are going to come to you in the winter and say ‘I want to work in the factory next year’?

Frederic Vasseur: “Yeah, but it’s not a big difference between 24 and 23 or 22. And probably we will have also less than the next year, and it won’t be the first year of the car [in the current technical regulations]. It will be also a lesser challenge, and at the end of the day, we don’t have also to stop to see the dark side of everything that we are doing – a job that half of the world would like to do. I’m in love with my business. I don’t care about 24 or 23 races, and I’m more than pleased to be in Montreal today, even if last week I was in Baku.”

Zak Brown: “Yeah, I think Stefano is looking to optimise the calendar so as Fred said, the difference between 23 and 24 races isn’t significant. Obviously the wellbeing of our racing team, both travelling and back at the factory because they’re doing long hours even though they may not be travelling, is always of the highest importance. But I think with a little bit of calendar optimisation, and a little bit of regionalising the calendar I think can counter the increase in races.”