The first F1 pre-season test of 2022 has come to an end at the Circuit de Barcelona-Catalunya, with select media witnessing the debuts of each teams’ all-new cars for new technical regulations overhaul.

Officially dubbed a shakedown by F1, the three days of on-track running gave the ten teams critical track time to gather valuable data, observe their rivals and learn the nuances of the new cars that couldn’t be noticed during simulations.

We are yet to see a clear order establish itself in ways that previous pre-season tests of years gone by have shown, however what is clear is that certain teams are struggling more than others whether that be in the reliability domain or in pure performance and ‘driveability’.

News away from the world of F1 shook the world during the second and third day of running, and quickly demanded changes to a team’s livery and media commitments, and eventually to Formula 1’s 2022 calendar with a statement on the feasibility of a Russian GP.

Haas also chose to remove Russian-based title sponsor Uralkali from its cars and paddock assets for Friday, naturally putting driver Nikita Mazepin’s future in doubt. The American F1 outfit did not have the best of run on track either.

At the same time, Ferrari completed the most laps over three days, followed by Mercedes and McLaren. Even Alfa Romeo seemingly struggled to overcome early breakages on the car, lacking a huge amount of track time in comparison to other teams, but eventually surpassing Haas who joined several teams in hitting trouble.

The red flag-less first day was followed by two red flags for car stoppages on Thursday, with a grand total of five red flags on the final morning alone through multiple breakdowns and a crash for AlphaTauri’s Pierre Gasly.

Here’s the time list – best to worst – of all F1 drivers/teams: 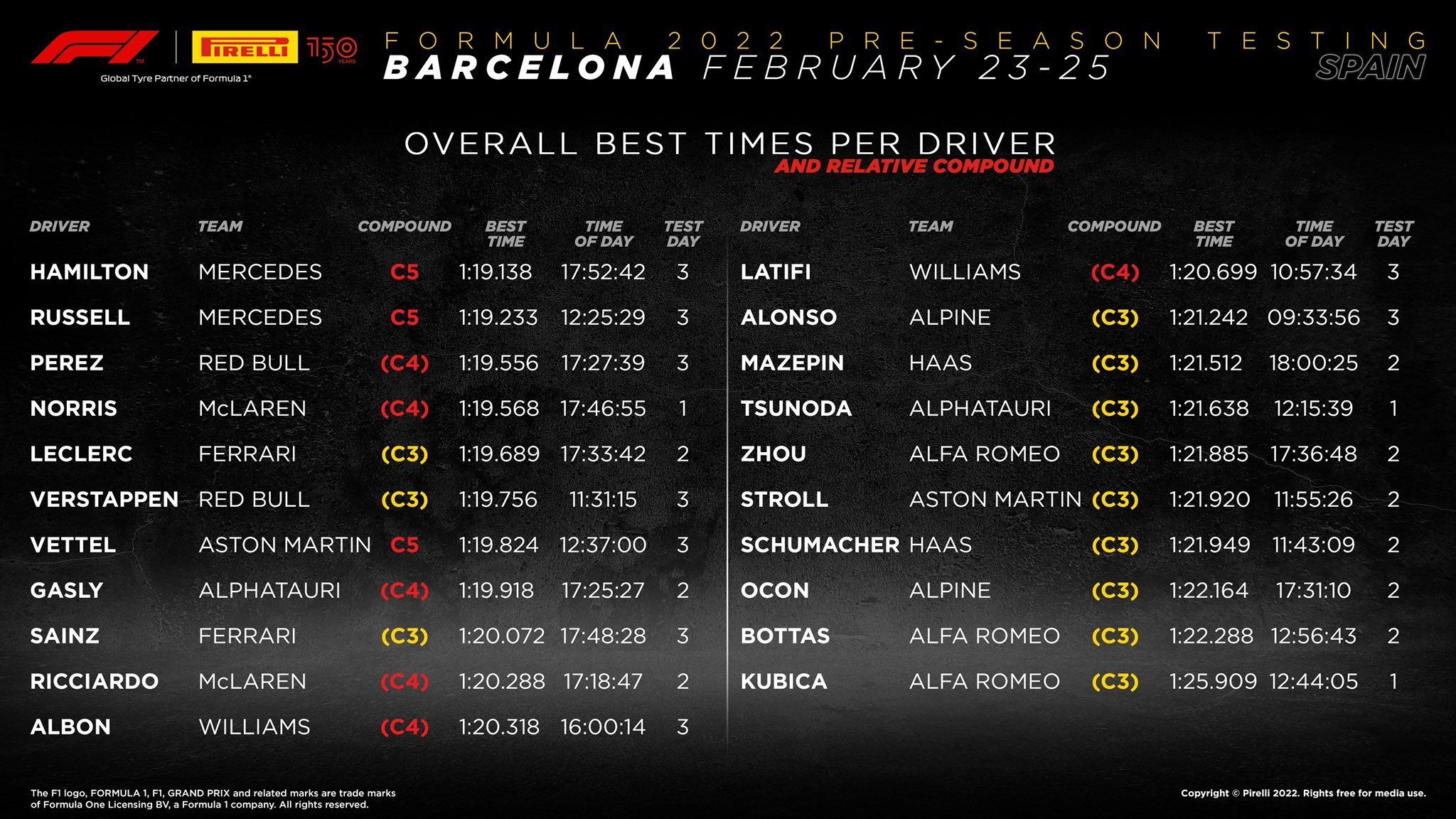