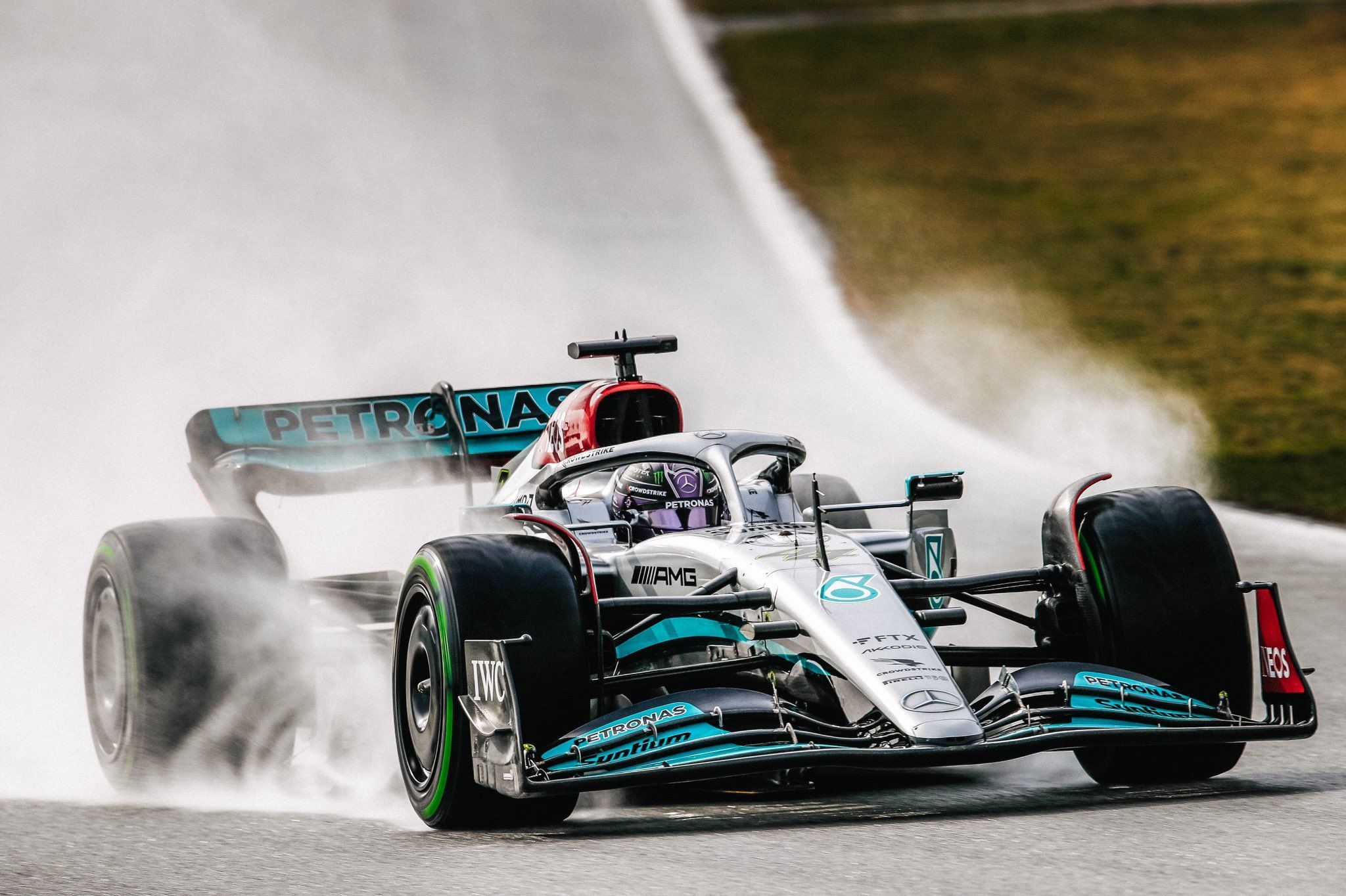 Lewis Hamilton ended up fastest on final day of F1 Testing at Barcelona, with teammate George Russell in second ahead of Sergio Perez.

But three teams didn’t not run at all – they were Alpine, Haas and Aston Martin. All of the three had issues in the morning session. For the American outfit, they could only manage nine laps from Nikita Mazepin when their run halted due to suspected leak.

Despite trying hard, the team couldn’t fix it on time for any running to Mazepin or Mick Schumacher which ended a dismal overall testing for Haas. On Alpine side, it was a fiery end after Fernando Alonso ended up in the gravel after only 12 laps.

The team revealed the issue to be hydraulics related and the fire was caused by a minor sealing issue at the back of the car. It sure presented some distinctive images but it ended up with Alpine calling it a day with no more running possible.

For Aston Martin, it was oil leak which ended Sebastian Vettel’s session. The team couldn’t fix it up for the afternoon which ended their day early as well. The German was one of the four drivers to cause a red flag with Alonso in the list too.

Alfa Romeo’s Guanyu Zhou caused it twice, once for stopping on track while the second for going off in the gravel at Turn 10. AlphaTauri’s Pirre Gasly had an off too when he locked-up at Turn 5 and went into the gravel, stopping right in front of the tyre barrier.

Looking at the standings, Mercedes had their first chance to set the pace with Russell holding station with a 1m19.233s (66 laps, C5) lap but teammate Hamilton did a 1m19.138s (94, C5) lap to end up fastest late in the day when the track started to dry after wet run.

Ferrari’s Charles Leclerc (1m19.831s, C3, 44) was sixth from teammate Carlos Sainz (1m20.072s, 92, C3) after his improvement late in the day. In two-by-two finish, the Ferrari pair were followed by the Williams and McLaren pair to round out the Top 11 runners.

Williams had a different type of testing but. To allow wet running for both the drivers they divided the morning and afternoon sessions to get Alexander Albon (1m20.318s, 94, C4) and Nicholas Latifi (1m20.699s, 13, C4) get laps in, where the Thai finished ahead of the Canadian.

#F1 That's it. Checkered flag. #HappyTesting is done and dusted at Barcelona for 2022. Next up, the "official" pre-season testing in Bahrain. Here are today's times. #MsportXtra pic.twitter.com/xGCI9L7svM