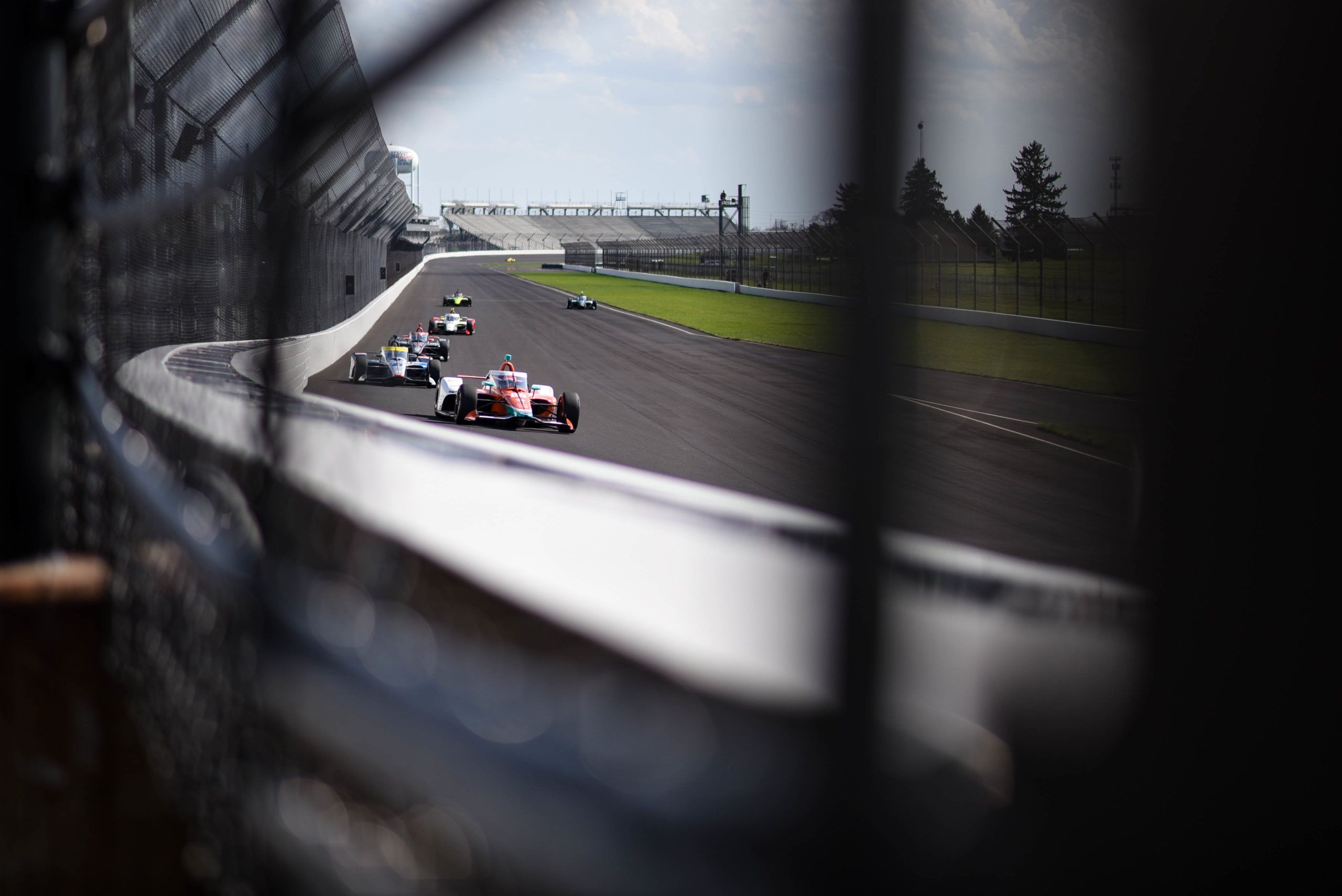 IndyCar completes a successful two days of open testing at IMS of Indy500, as experience leads test in which there was just one accident of note.

It was with a brief moment of oversteer that ECR’s Rinus Veekay found himself in the grass on the inside of IMS’ turn one, before the Dutchman hit the wall with great force on the outside of the corner, the first victim of the Speedway’s challenges in 2021.

Veekay’s alarming crash broke the finger of the sophomore IndyCar driver, who sat out the second day of testing sidelined by his injuries. Veekay explains he was inexplicably without downforce halfway through the turn, before the circuit “bit” him as it so often does.

“I came into Turn 1, there was a big headwind, and I turned in and everything felt fine,” he began when speaking to NBC in their coverage of the event on streaming platform Peacock. “It all seemed very stable and then, in the middle of the corner, it was like a drop of a thousand pounds [of downforce] on the front wing with a big hit of wind.

“Once you lose it – it’s gone. I built it up [his speed] the way I wanted to, but Indianapolis bites you and it really bit me. I’ll make sure I build it up easier [in future], especially being the first car on a green track and a big wind. Big lesson to me, and I’ll make sure I learned it for next time,” Veekay promised.

Veekay set his only time on lap one, unable to benefit from the more favorable conditions on day two – when Penske’s Josef Newgarden led the field by seven hundredths of a second, from RLLR’s Takuma Sato, AMSP’s Juan Pablo Montoya, and CGR’s Scott Dixon, all but one of whom have won the self-proclaimed “greatest spectacle in racing”.

Experience, then, led the IndyCar Indy500 test, which also saw the notable arrival of Paretta Autosport and Simona De Silvestro, who impressed in the test to finish a notable 21st out of 31 as she sought to get acclimated to the team prior to beginning of the month of May. All the while, speeds grew throughout this time with speeds exceeding 226 mph and positions 1-11 all above 225 mph.