Home Karting KZ2 Everything still up for grabs in the IAME International Final! 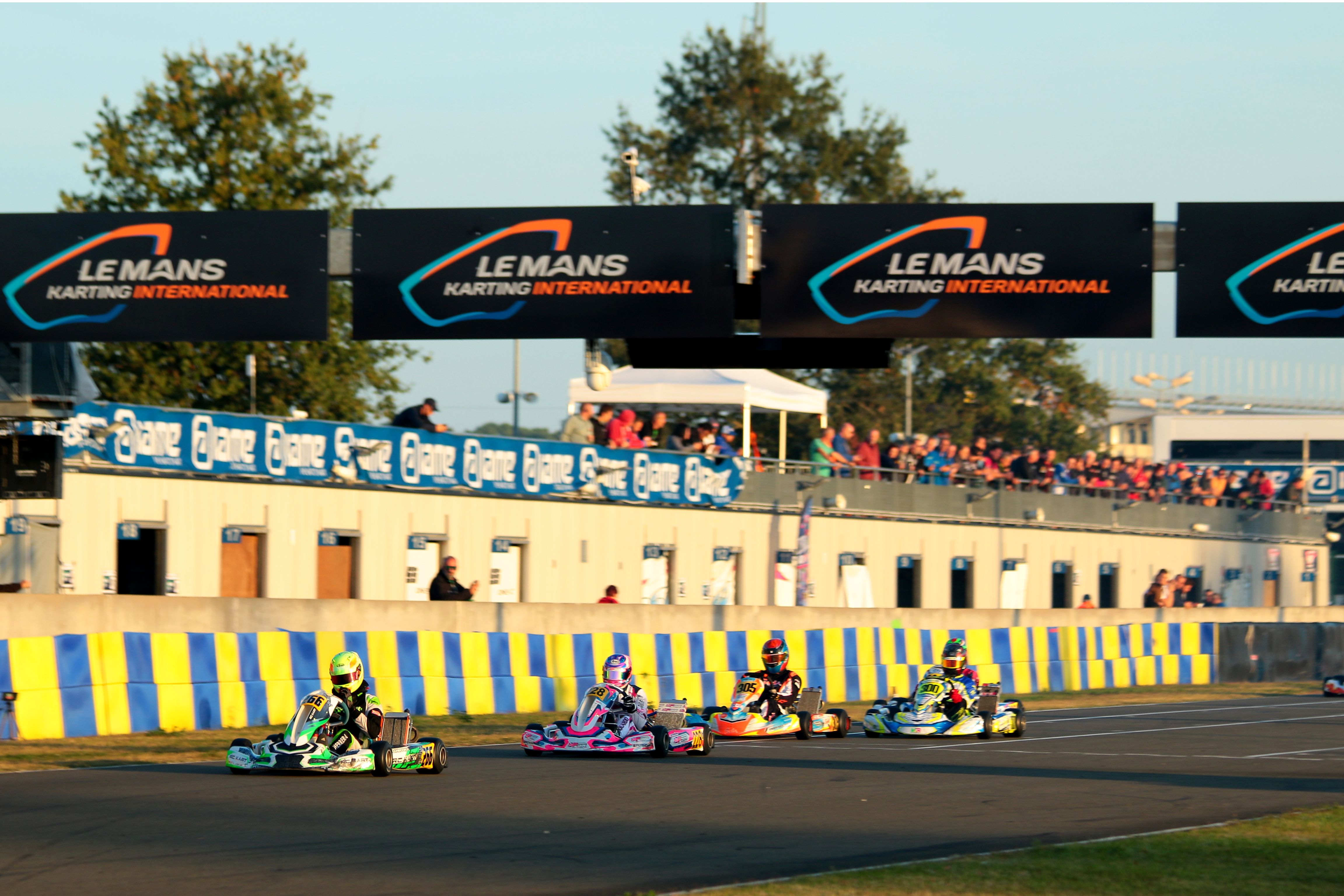 The qualifying heats on the Le Mans international karting circuit ended in summer-like temperatures and brilliant sunlight, which highlighted the performances of the 466 drivers that started this prestigious event. Thanks to the excellent organisation put in place by IAME, the 3-days spectacle has been absolutely mind-blowing with non-stop overtaking, marvellous comebacks, and as always, unexpected twists of fate! The pressure is going to ramp up even further as everybody gears up for the Finals.

With four victories and two second places, British driver Lewis Gilbert (Kosmic) gave an impressive display in the qualifying heats putting him on pole for Sunday morning’s prefinal, which will decide the grid positions for the final. His fellow-countryman, Georgi Dimitrov (Exprit) scored five wins but his worst result, fifth, dropped him back to second place in front of two other drivers from the United Kingdom: Alex Lloyd (FA Kart) and Taylor Barnard (KR). Dilano Van’T Hoff (Exprit), 21st on the timing sheets made a great comeback to seal fifth place in front of the quickest of the Belgians, Sam Balota (Exprit), and the leading Frenchman, Loris Cabirou (Kosmic).

As is the case in all the categories the gaps between the title contenders are very small. While Belgian Frédéric Op De Beeck (Formula K) emerged victorious in the first heat three other drivers also scored wins: Nicolas Rohrbasser from Switzerland (Kosmic), British driver Thomas Bale (Kosmic) and another Swiss Kevin Lüdi (Kosmic). So a few calculations were necessary to see that De Beeck will be on pole for the pre-final in front of Bale, Rohrbasser and Lüdi. On Sunday morning, Prassetyo (Tony Kart) from Poland and Estonian Sten Dorian Piirimagi (Exprit) will share the third row of the grid.

After it rained during qualifying, the qualifying heats (28 in total) led to amazing races and the positions at the top changed frequently as the heats unfolded. Dutchman Joey van Splunteren (KR), who’s no stranger to these big international events, shone and was first in the intermediate classification in front of Frenchman, Charles Tesnière (Kosmic). British driver Harry Thompson (Exprit), who’s one of the new talents in the category and finished third ahead of his fellow-countrymen, Thomas Turner (CompKart) and Clayton Ravenscroft (Kosmic). Australian Pierce Lehane who set pole on Wednesday evening and won three heats fell back to sixth, but is still one to watch out for. Behind them, several other drivers won at least one heat and are determined to carry on the good work!

Mini: Brent Crews is aiming for a back to back victory

Brent Crews (KR) who won in 2017 has already surprised his rivals by signalling to them that he is determined to keep his title by winning his three heats. Englishman Freddie Slater (KR), Maxens Verbrugge (Parolin), William Macintyre (KR), in second, fourth and fifth places respectively, also clinched a victory. Spaniard Miguel Peiro Luzarraga (FA Kart) opted for consistency and slotted into third thanks to the number of points he racked up.

Callum Bradshaw (CRG) has laid down the law to his rivals since the start of the event with its powerful 175cc X30 Super engine. The Englishman, who already set pole, won all four qualifying heats. Just behind came his fellow-countryman Danny Keirle (KR) who was as quick as he was consistent, while Yannick De Brabander (Praga) from Belgium bagged third in front of Greek Filippos Kalesis (Tony Kart) and Nicklas Nielsen (Praga). It’s very probable that the winner of the final will be found among these five drivers.