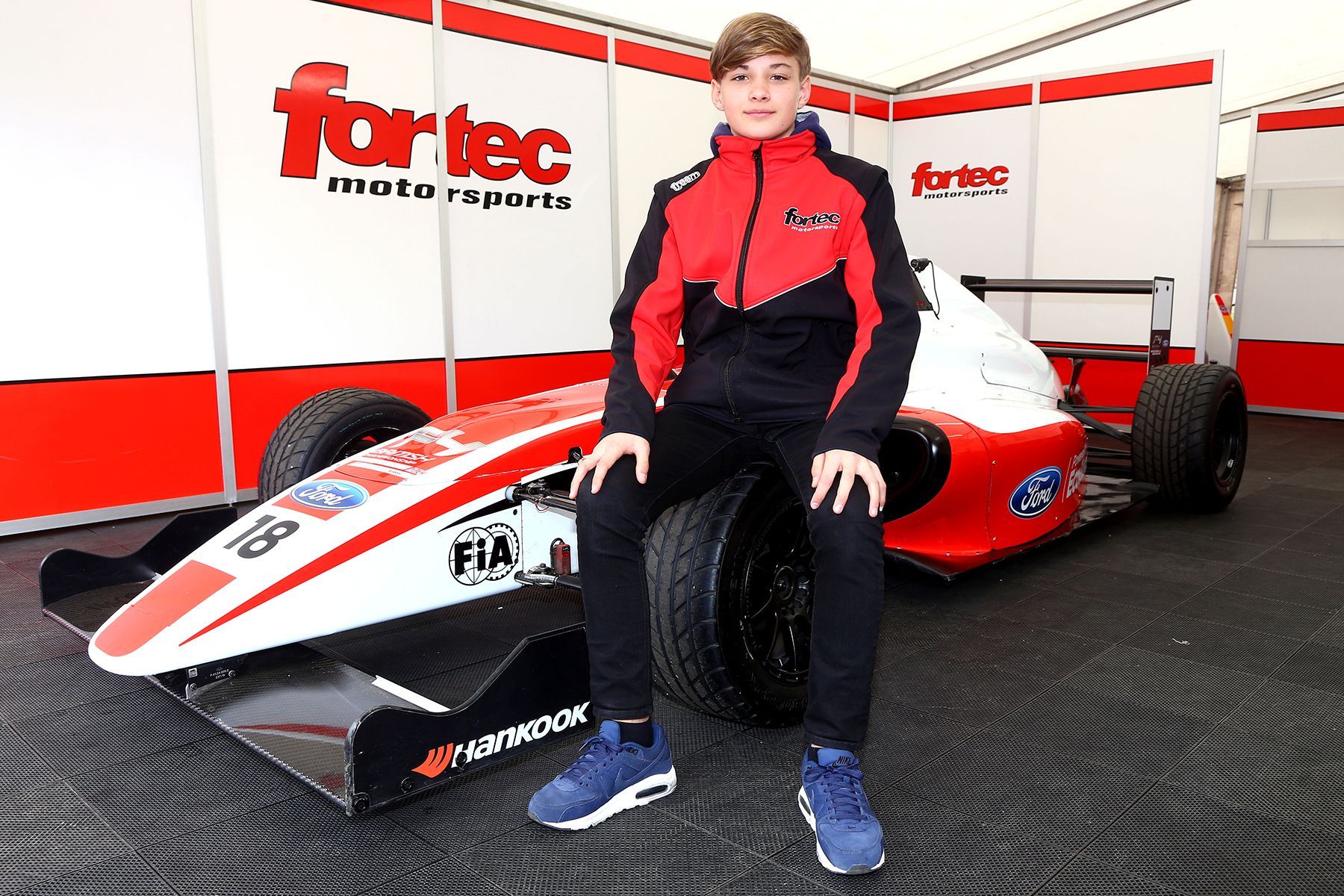 Fortec Motorsports and Hampus Ericsson, younger brother of Formula 1 driver Marcus Ericsson, have agreed terms on a deal which will see the talented Swedish karter race in the F4 British Championship certified by FIA – powered Ford EcoBoost. Ericsson will compete in the series’ Ford F4 Challenge Cup where entrants contest a maximum of seven out of 10 meetings during the season.

“I’m really excited and happy to race in British F4 with Fortec Motorsports,” said Ericsson. “I cannot wait to start my first race at Donington Park.

“I wanted to make the step up from karting to cars and British F4 is the best place to do that. The championship is so competitive and the tracks look very interesting to drive.

“I raced with Alex Quinn in karting and he’s really strong. I also know Logan Sargeant well. To compete against talented drivers like them is what every driver wants to do to prove themselves.”

Ericsson finished runner-up in the Swedish Karting Championship’s KJ Junior class last year and in the top three in the Junior 60 class two years prior.

The 15-year-old joins fellow rookie Oliver York at Fortec Motorsports, who impressed in his maiden outing at the opening round of the UK’s leading single-seater series.

“I’m looking forward to racing alongside Oliver,” added Ericsson. “I think we can work really well together and achieve excellent results.”

Older brother Marcus was no stranger to success with the Fortec Motorsports team, winning the Formula BMW UK Championship in his rookie year and then recording a number of podiums with the team in Formula 3 before climbing his way up to Formula 1.

While Hampus will hope to emulate his brother, he’s keeping his feet firmly on the ground:

“I did a couple of testing days in November with the team, but I definitely need to build up my experience of the car and that will happen as I do more and more laps.

“This year is very much a learning year. It will be my first year racing in cars. At the moment I’m not looking too far ahead in my career beyond British F4. I need to take things one step at a time, but it would be nice to be overtaking my brother Marcus in a Formula 1 race one day.”

“2017 is very much a learning year for Hampus. He has missed pre-season testing so it’s not going to be easy for him, but we’re looking forward to the rounds at the end of the season to see how much he has developed. The first part of the year will definitely be about learning and building experience.

“Hampus has been very competitive throughout his karting career and I think he has the ingredients to succeed in cars. He set the lap record at the World Junior Karting Finals in Bahrain and performed very well so there’s no doubting his raw speed and talent.

“He tested with us in Valencia last November. It was his first time in the car, but he impressed. In an ideal world he would have done plenty of pre-season testing, but we’ll do the best we can.

“We have put together a very exciting programme for Hampus and I think he will become part of the Fortec Motorsports young driver programme too.”