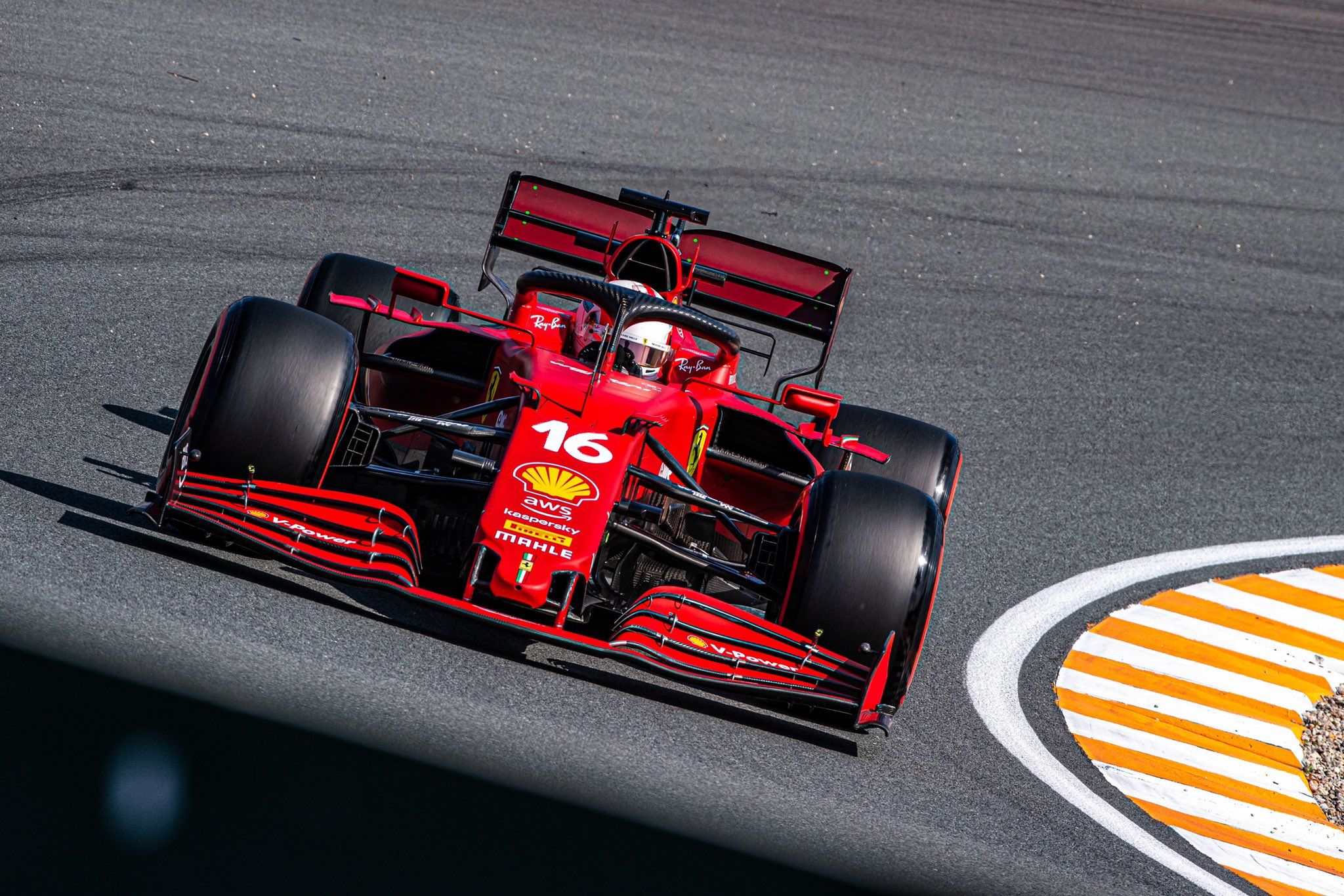 Much like the FP1 session in F1 Dutch GP, the FP2 session was disrupted with multiple red flag periods. The first of those was caused by Mercedes’ Lewis Hamilton, who stopped on track early in the session with a suspected engine trouble.

The second one was caused by Haas’ Nikita Mazepin who lost in the corner at Turn 11 to beach himself in the gravel. Fortunately, both of the stoppages were not too long to not allow running for others, as Ferrari ended up 1-2 in the session.

The Dutchman couldn’t set his best time straight up as he had his laps disrupted by red flags. The other Alpine of Fernando Alonso (1m11.280s) was sixth, with AlphaTauri’s Pierre Gasly (1m11.462s) seventh from McLaren’s Lando Norris (1m11.488s).

It was another good session for Alfa Romeo’s Antonio Giovinazzi (1m11.678s) in ninth with Aston Martin’s Sebastian Vettel (1m11.713s) rounding the Top 10 after the team were able to put older engine parts to take the F1 Dutch GP FP2 session.

Despite not running for most part of the session, Hamilton was still 11th and ahead of Red Bull’s Sergio Perez, with AlphaTauri’s Yuki Tsunoda doing well to be 13th. The stoppage for the Brit was suspected towards oil system as per Sky Sports F1.