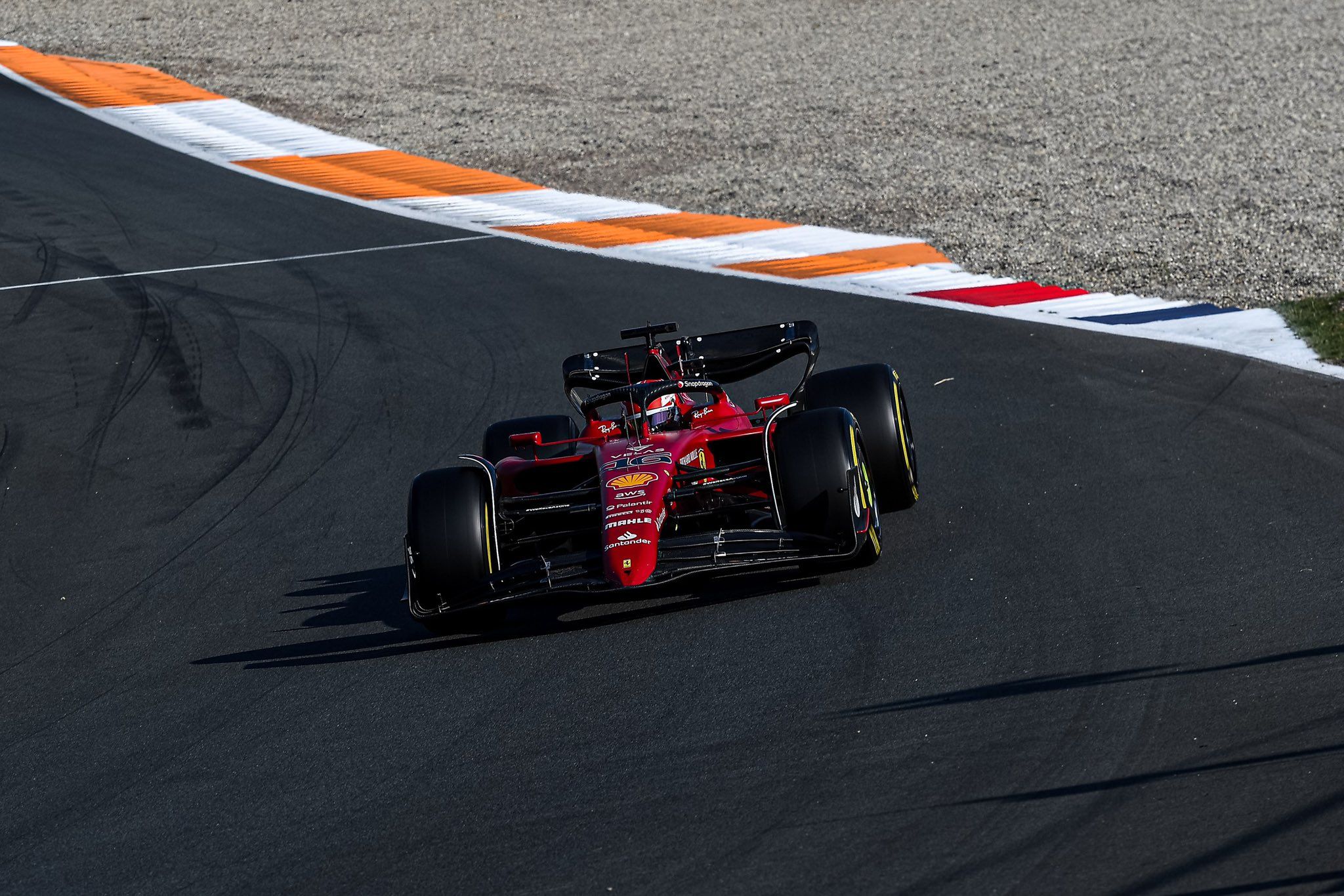 Ferrari pair led the way in FP2 of F1 Dutch GP with Charles Leclerc ahead of Carlos Sainz, with Mercedes’ Lewis Hamilton in third.

It was a much more sedate FP2 session in F1 Dutch GP but there a red flag stoppage after AlphaTauri’s Yuki Tsunoda beached himself with about 10 minutes to go. It already started late after double red flag during the F2 qualifying which delayed the session.

The other Alpine of Esteban Ocon (1m13.305s) was ninth from McLaren’s Daniel Ricciardo (1m13.362s), whose session ended early due to oil leak. He led AlphaTauri’s Tsunoda in 11th, with Red Bull’s Sergio Perez struggling a bit in 12th after not getting a clean lap.

Haas’ Mick Schumacher slotted in 13th from Aston Martin’s Sebastian Vettel, with the lead Alfa Romeo of Zhou Guanyu in 15th. AlphaTauri’s Pierre Gasly did not have a great lap to be 16th with Williams’ Alexander Albon in 17th.

The Thai got a decent time in FP1 but couldn’t repeat that in FP2, as Alfa Romeo’s Valtteri Bottas and Haas’ Kevin Magnussen struggled in 18th and 19th from Williams’ Nicholas Latifi.

Here’s how FP1 in F1 Dutch GP panned out