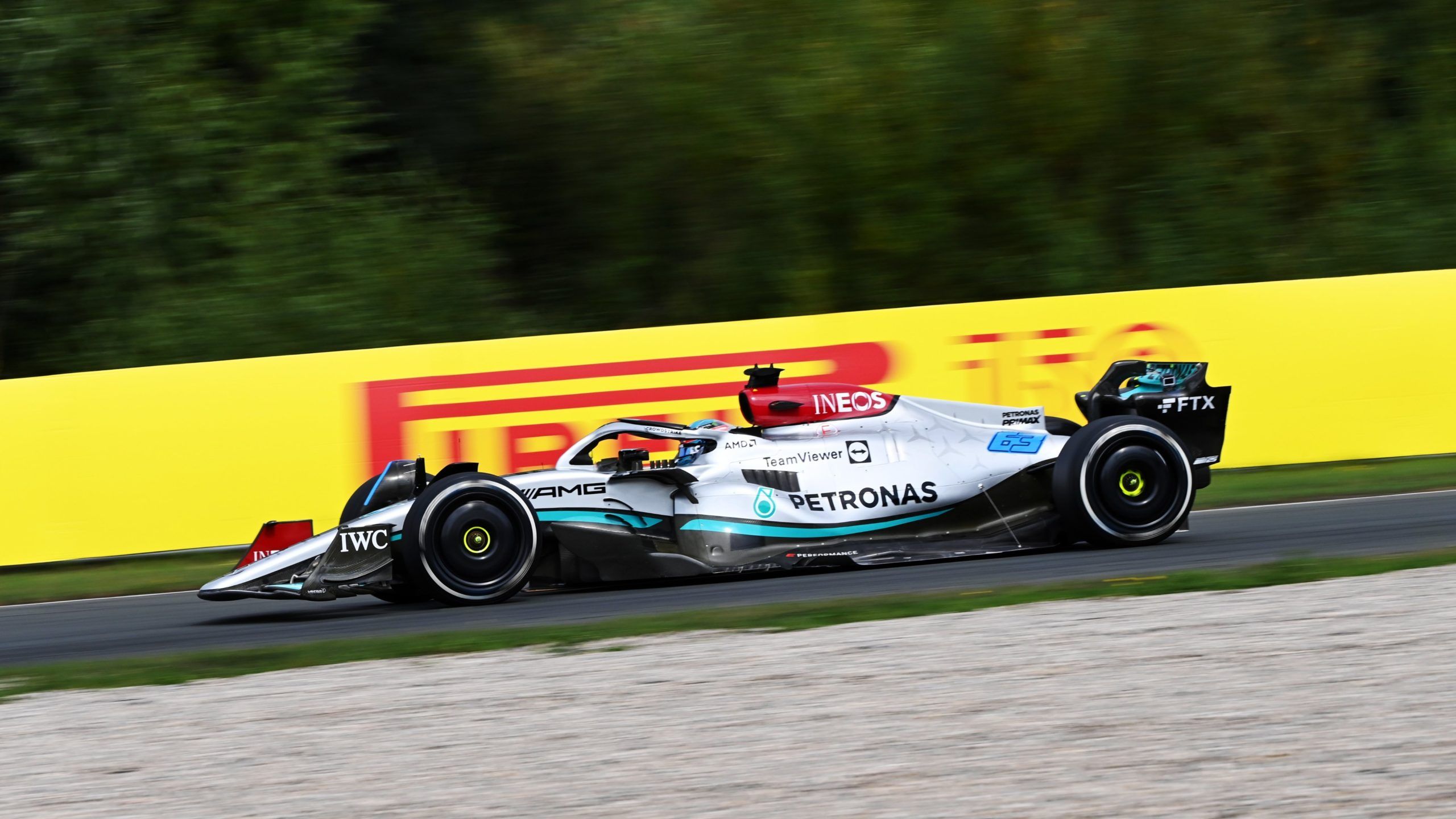 The Mercedes pair ended up 1-2 in FP1 of F1 Dutch GP with George Russell fastest from Lewis Hamilton, as Ferrari’s Carlos Sainz third.

The FP1 of F1 Dutch GP at Zandvoort wasn’t the cleanest of runs for all of the drivers involved, where several did have moments of running in, into each other. There were multiple off moments too, especially for Red Bull’s Sergio Perez.

Even AlphaTauri’s Pierre Gasly and Haas’ Mick Schumacher were involved too, with the German also getting investigated for leaving the pitlane under red flag. He was cleared since the light switched to red, the moment he crossed the line.

The red flag was for Red Bull’s Max Verstappen, who had a gearbox issue which the team seemingly worked on since Thursday. At the front, it was a Mercedes 1-2 after a late quick laps from both George Russell (1m12.455s) and Lewis Hamilton (1m12.695s).

Ferrari’s Carlos Sainz (1m12.845s) slotted in third from the McLaren pair, who were pretty quick in the first session with Lando Norris (1m12.929s) ahead of Daniel Ricciardo (1m13.077s). The Brit had a moment with Aston Martin’s Sebastian Vettel where he termed him ‘silly’.

Despite his moments, Schumacher did well in 11th with Aston Martin’s Lance Stroll in 12th on the medium tyres. Haas’ Kevin Magnussen was 13th from first AlphaTauri of Gasly with Vettel rounding the Top 15, where the German also set his fast lap on the medium tyre.

The lead Alfa Romeo was of Zhou Guanyu in 16th where the Chinese joined quite late in the session, with teammate Valtteri Bottas 18th behind AlphaTauri’s Yuki Tsunoda. Despite the lack of running and on the hard tyre, Verstappen was 19th from Williams’ Nicholas Latifi.

It's a one-two for @MercedesAMGF1 👀@OconEsteban and @NicholasLatifi record the most laps 📈#DutchGP #F1 pic.twitter.com/SGzba7foaG