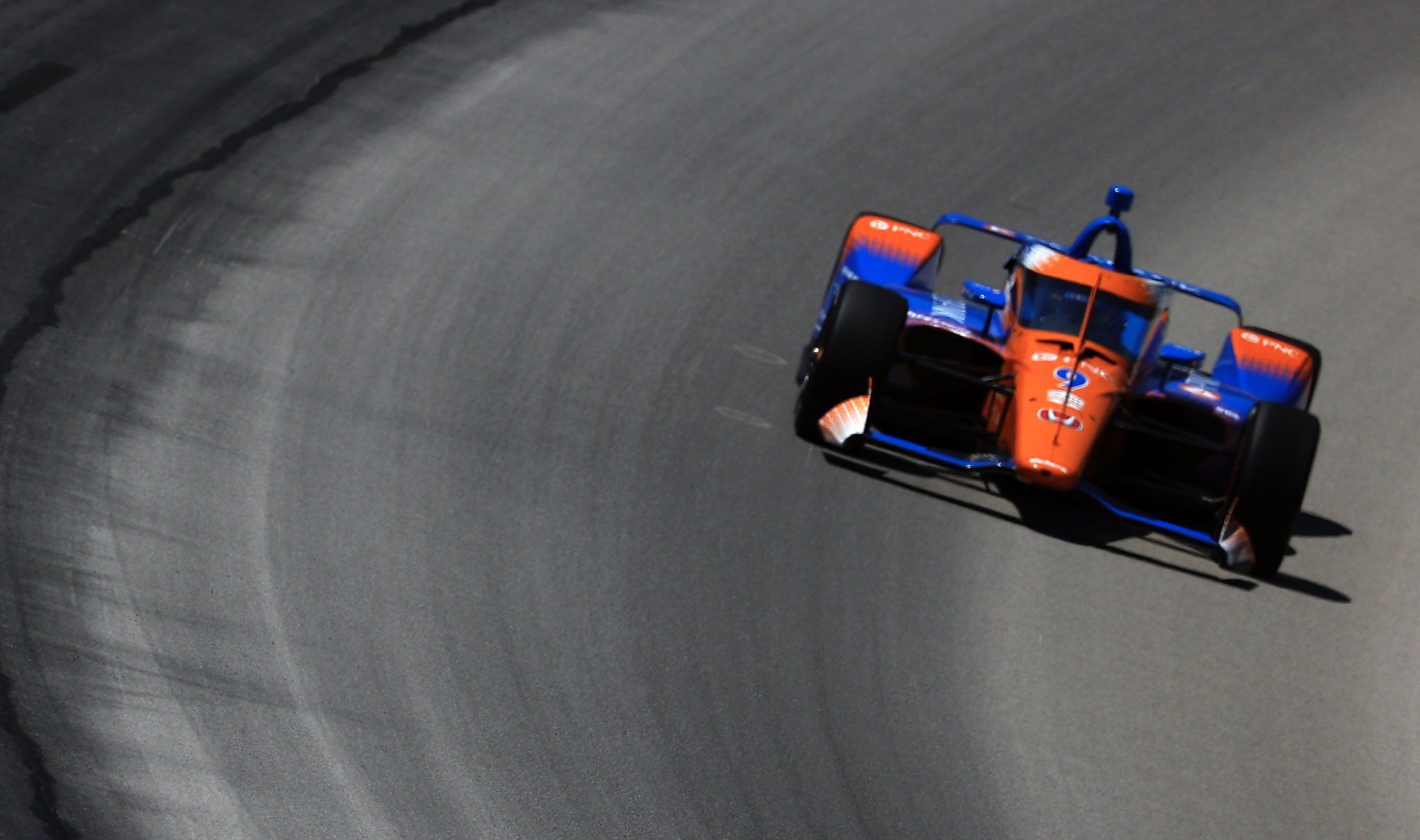 In what was an action-packed opening IndyCar race, Chip Ganassi Racing’s Scott Dixon won, as his teammate Felix Rosenqvist – along with many others – crashed out in the 200-lap race at Texas Motor Speedway.

After a seemingly interminable off-season that commenced in September, IndyCar returned to real-world racing on Saturday, to start not only the 2020 season, but also a new era of the series, that involves Roger Penske ownership, and the brand-new aeroscreen.

Despite the long off-season, and new-look cars, however, it was a familiar sight with reigning champion Team Penske’s Josef Newgarden on pole for the race at the challenging 1.5-mile oval. The familiarity continued as he led for the early laps.

Newgarden maintained an unchallenged lead until the 32nd lap, at which point he was overtaken by his Chip Ganassi Racing adversary and IndyCar veteran – Dixon – ahead of the mandatory lap-35 pit-stop, when all drivers pulled into pit lane.

With the field all on cold tyres, rookies Alex Palou (DCR) and Rinus Veekay (ECR) came together after the latter got high on the banking and lost control, before sliding down the track and collecting his fellow IndyCar debutant.

The incident brought out the full-course yellow flag, and upon the restart, Dixon began to pull away, as Newgarden came under pressure from his Penske teammate Simon Pagenaud, albeit the Frenchman’s attempts to take second place were short-lived, as he soon dropped back into the clutches of CGR’s Rosenqvist, who soon took the final position in the top three.

Once again, the yellow flags began waving on Lap 78 due to debris littering the circuit. Under this yellow, all three leaders pitted, and in the pit lane, both Rosenqvist and Newgarden passed Dixon, until he passed the former on the restart, and the latter, a few laps later in dramatic fashion.

Dixon checked out shortly after his pass for the lead, pulling out a lead of almost 2.5 seconds within mere laps. Behind, Rosenqvist was hounding Newgarden, and he overtook the Penske driver, before he – and many others, including Dixon – pitted.

Pagenaud also overtook Newgarden prior to the pit stop, promoting him to third place as Dixon continued to lead. The American then continued to drop back, being swamped by AJ Foyt’s Charlie Kimball, Andretti’s Zach Veach, and even Carlin’s Conor Daly.

All the while, Rosenqvist was hunting down his teammate, but after another round of pitstops placed him in the traffic, he crashed into the barriers on the high side of the track. This brought out the yellow flag, and on the restart, Dixon retained his lead to ultimately win the opening 2020 IndyCar race at Texas.

Behind, Kimball crashed, prematurely ending what had been an excellent drive up to that point as Pagenaud came second, with Newgarden third. In fourth was Veach, who led ECR’s Ed Carpenter, and Daly. Andretti’s Herta managed seventh, one better than his teammate Ryan Hunter-Reay. The first of the two Arrow McLaren SP’s – Oliver Askew – came home ninth, leading AJ Foyt’s Tony Kanaan in the Top 10.

Despite his not finishing, AJ Foyt’s Kimball was 11th – the last on the lead lap. Patricio O’Ward (Arrow McLaren SP) ended up 12th and Team Penske’s Will Power 13th. Behind him were two Andretti drivers – Marco Andretti (14th) and Alexander Rossi (15th).

Here’s the link to watch the highlights: https://www.youtube.com/watch?v=tZ5PRpNwOHo

Here’s the story on Palou and Veekay entering the states

Here’s Hinchcliffe and Newgarden on the challenges facing rookies