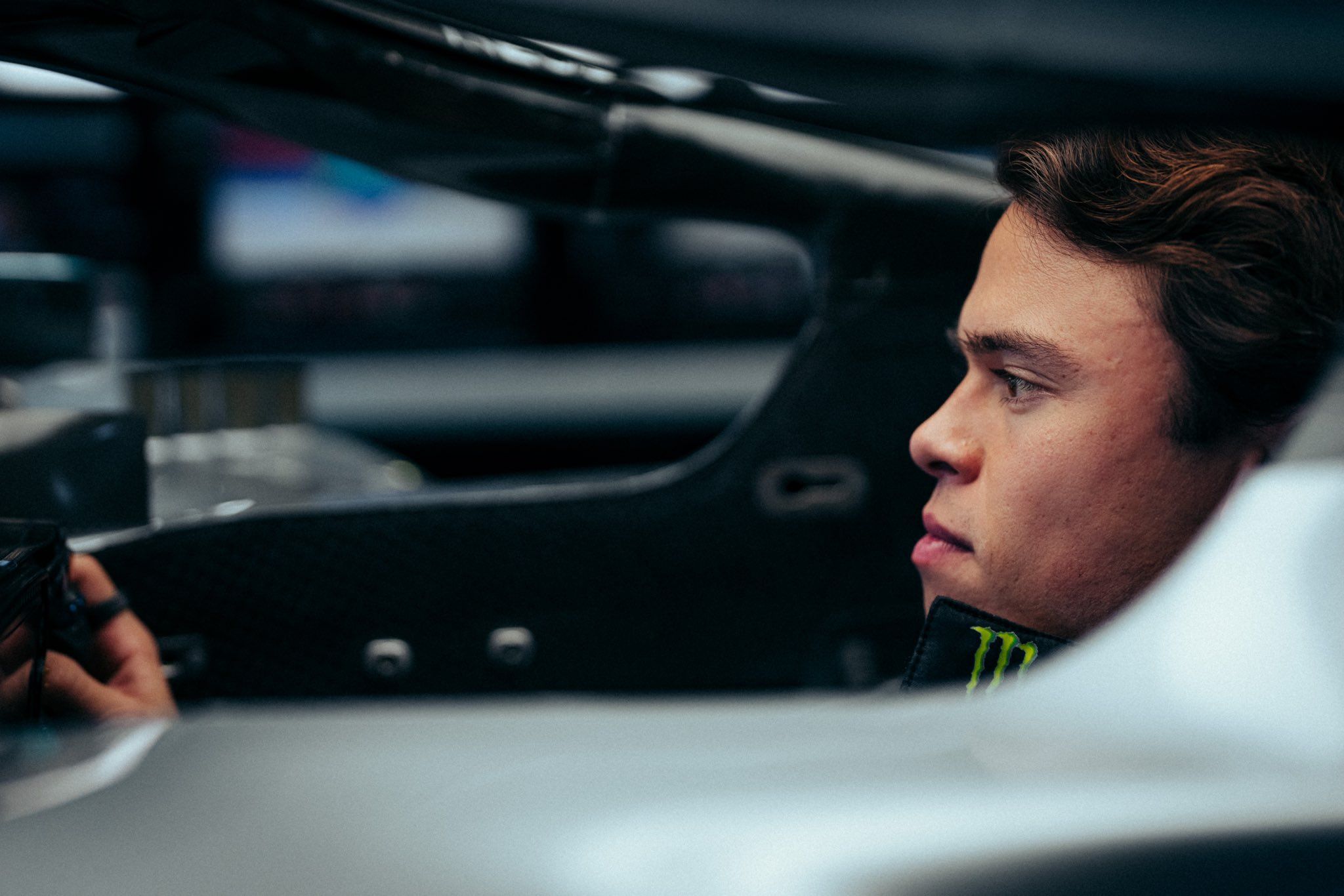 Nyck de Vries has had a seat fit to cover Lando Norris if he remains unwell for F1 Brazilian GP especially with qualifying on Friday.

On the eve of the F1 Brazilian GP, McLaren notified about food poisoning for Norris which forced him to remain in the hotel for his Thursday media work. He subsequently missed the official FIA press conference and was replaced by no one.

With Stoffel Vandoorne not in Brazil, McLaren only has the option of Mercedes reserve and soon to be AlphaTauri driver de Vries. The Dutchman undertook an emergency seat fit on Thursday in the Woking outfit’s garage wearing Norris’ race suit.

“Lando is feeling unwell with suspected food poisoning, so he will rest in the hotel today. We expect him back at track tomorrow. Get well soon, Lando,” said a small statement from McLaren. The busy sprint weekend has forced them to keep their options open.

Should de Vries eventually drives for McLaren, it will complete his set of Mercedes-powered cars for 2022 F1 season after having driven for the factory team along with Williams and and Aston Martin. For the former, he made his debut in Monza scoring points as well.

It will be his fifth F1 team of 2022 season after also driving the Alpine car in a private test. It might end up being six for the year as he is slated to drive the AlphaTauri car in Abu Dhabi in the post-season test, leaving only Ferrari, Haas, Alfa Romeo and Red Bull.

Here’s Lando Norris on Red Bull talks and why McLaren