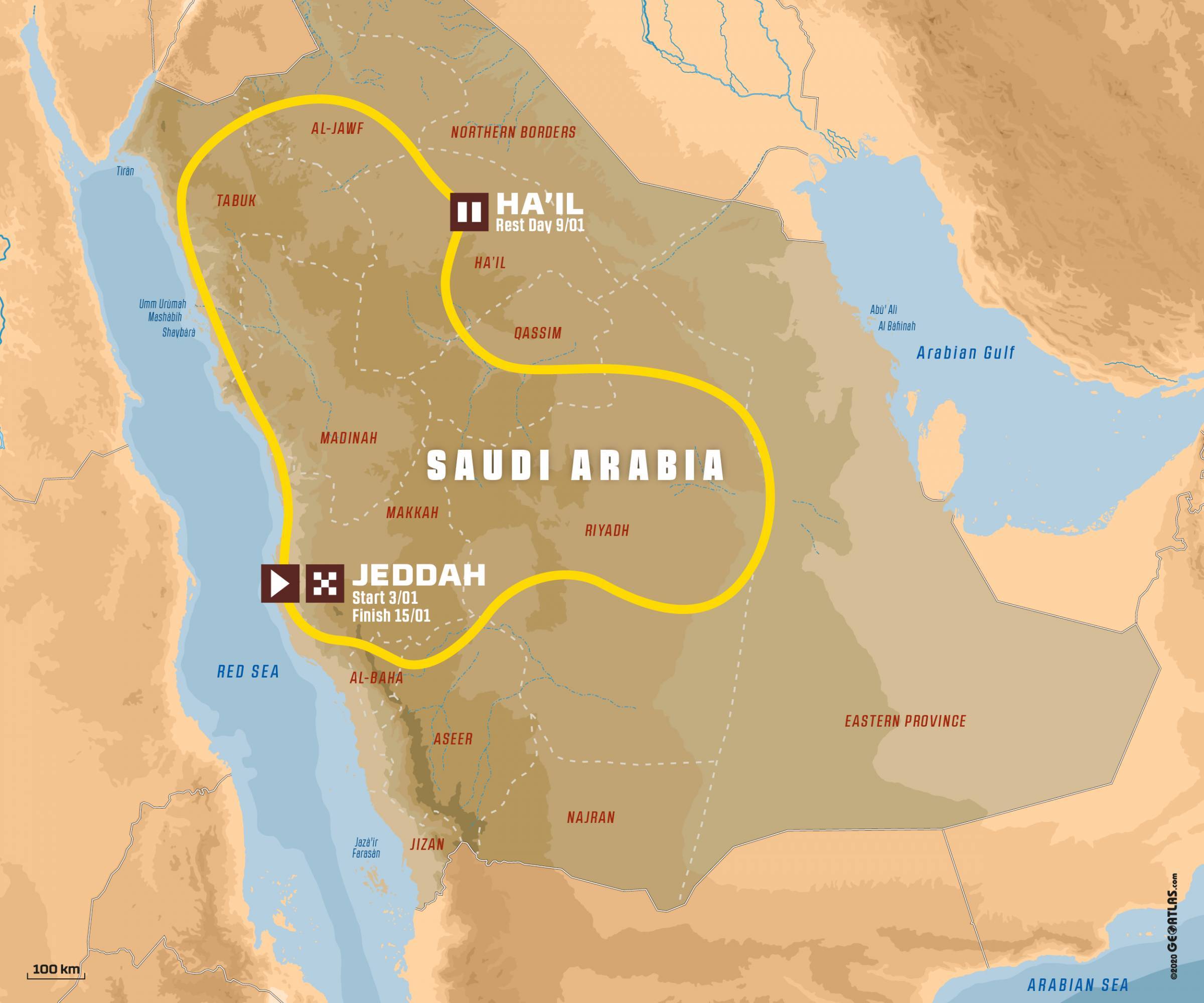 The organisers of Dakar Rally released details about the 2021 event to be held solely in Saudi Arabia but on a different route to the 2020 one.

In the midst of racing’s gradual return, the world-famous and one of the biggest cross-country, Dakar Rally, has had its 2021 dates announced, as well as its route in the upcoming event, that will begin and end in Jeddah in Saudi Arabia.

The event will start on the third day of the new year – January 3, and finish just two days shy of a fortnight later on January 15. The rest day is scheduled for the January 9, where competitors will stop in Ha’il. It will cover as many as eight regions.

Other announcements from Thursday include a new ‘Dakar Classics’ race, that will put pre-2000s rally raid cars – Dakar or otherwise – through their paces, running in tandem with the main event, as well as safety changes of slightly less significance.

“Chapter 3 of the history of the Dakar is now in full swing. After the first edition held in the Middle East last January, the competitors and crews are heading back to Saudi Arabia to continue exploring the deserts of the country. The route designed for the 2021 edition is a loop course beginning and ending in Jeddah, where the toughest competitors will arrive a few days after the rest day in Ha’il, where the Saudi rally-raid community comes together every year. While the bivouac will revisit some of the places where it set up camp a few months ago, the specials will be 100% new.

“As the race enters uncharted territory, the measures taken in 2020 to put the focus on navigation will continue their natural progression. Road books will now be handed out in the morning right before the start of each special. Some categories will have digital road books. Furthermore, the rules have been amended to slow down the vehicles and, in general, to make the race even safer. Aural warnings in the approach to certain difficulties, the definition of “slow zones”, the reduction in the number of tyres available to bikers and the mandatory use of airbag vests will help to curb risks.

“The 2021 Dakar also takes a trip down memory lane with the launch of the Dakar Classic. In parallel with the main race, a test of consistency will be held for vehicles that took part in the Dakar or other major rally-raid events before the 2000s. The cars and trucks that forged the legend of the Dakar will be making a comeback… in time for chapter 3!”

Here’s news from Fernando Alonso not racing in 2021