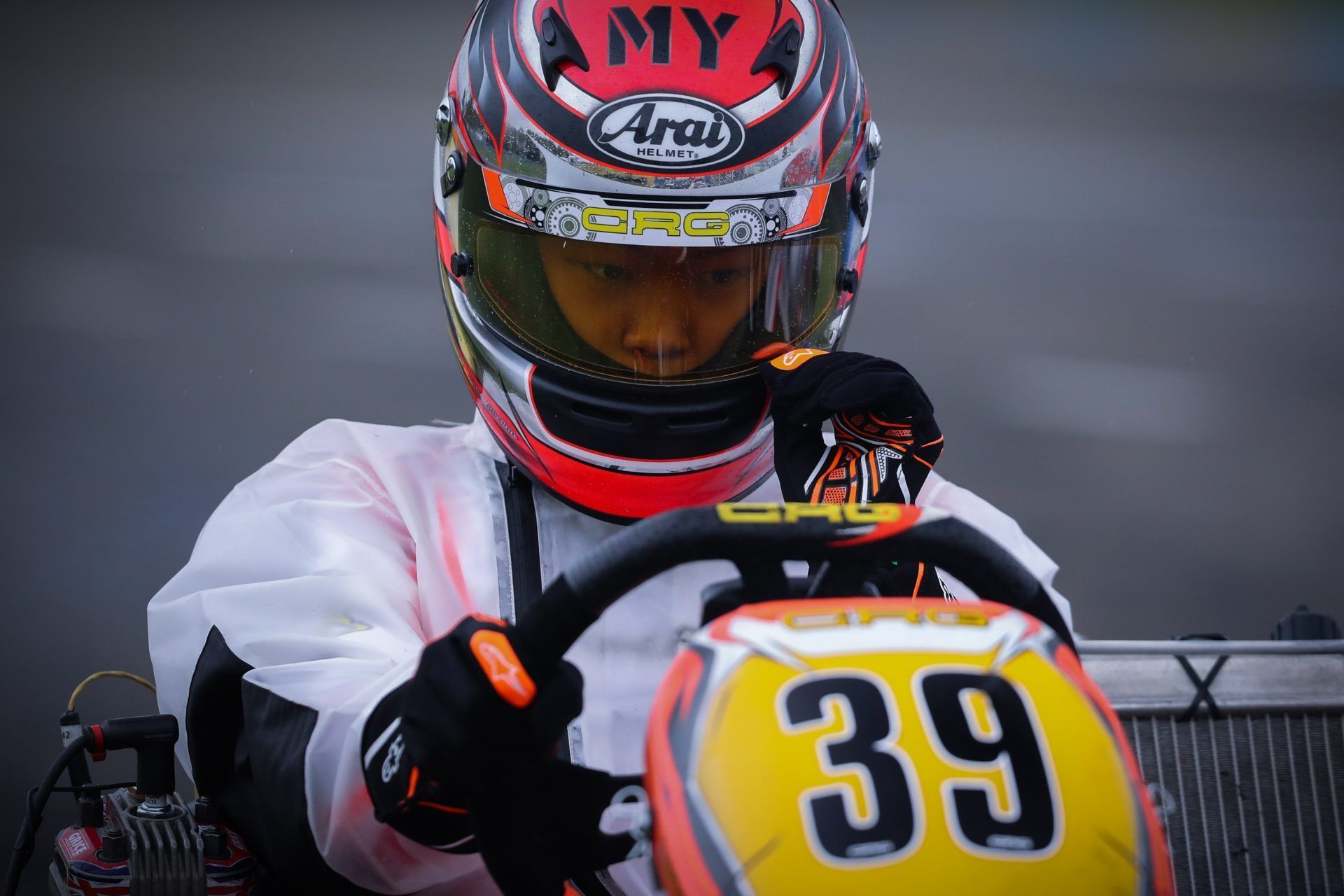 The Team Hong Kong concluded its partnership with CRG on a high at the IAME International Final of Le Mans where Kenneth Chung clinched the title of Best Veteran in the X30 Master class! Fired up by their own personal experiences on and off the track, Dick Yu and Michael Yuen already look forward to a possible comeback in 2020!

It has been a long and busy week for Team Kong Kong in their first appearance with the official CRG Factory Team at the IAME International Final. While Dick Yu showed great skills fighting his way through the Senior field until the penultimate day of competition, Michael Yuen concluded his maiden experience in France in the Junior class’ Final C with Kenneth Chung competing in the Masters’ final race where he finished as best Veteran of the week!

Qualified for the Prefinal of the X30 Master class on Saturday morning, Kenneth made again good use of his strong pace showed through the Qualifying Heats and climbed the field in still slippery track conditions that didn’t stop him from overtaking lots of other drivers. Confidence was at its highest heading for the ultimate race of the week where he delivered another well-managed performance during 21 laps against fierce opposition. Still, Kenneth kept his head down and reached the chequered flag as the ‘Best Veteran’ of the category!

At the end of a long week of on-track activity sometimes made tricky by the changing conditions, the most experienced member of the trio eventually found what he had come looking for in Le Mans! As the fastest of all Veteran drivers in the Competition, he could celebrate his achievement on the IAME International Final’s podium along with the other winners of the Master class, cheered by his teammates and friends who had made the long trip from Hong Kong to support their adventure!

Kenneth Chung: “I feel very happy but also lucky after such a tough race! I’ve been here [at Le Mans, ed.] for 11 days, I left my job, the family, my parents to be able to compete and I finally made it. I’d like to thank my Grand Ma. She sadly left us recently but I could feel that she was watching me from Heaven, protecting me when I was driving. That victory is for her too.”

Despite his IAME International Final journey coming to an early end on Friday, Dick Yu will retain the many positives from his fourth participation in IAME X30’s biggest race where he showed the extent of his skills in all conditions against lots of drivers with different driving styles in the Senior category filled with 135 participants.

It turned out again to be a much-enriching experience for the 16-year-old as he hopes to be able to apply those lessons in a possible comeback in 2020!

Dick Yu: “It was good to be able to fight with drivers and teams from different countries. Although the end result is far from my initial expectations, it’s not often that I get to learn new driving skills from the battles I had in both dry and wet conditions. If there’s another possibility for me to come back next year, I hope I’ll be able to improve on my results!”

As the youngest driver of the team, Michael Yuen was facing a huge task of having to discover everything in Le Mans from the circuit and the rivals to the requirements of such a high-level competition. The 13-year-old, who only had six months of experience behind the wheel prior to the race, showed a strong maturity for his young age while his improving pace helped him find his marks within the Junior field. As a result, he crossed the chequered flag of all his races from his opening heat until Final C. As his initial target of gaining as much experience as possible was fully met, Michael already looks forward, like his fellow teammate, to the next season with the ambition of coming back to Le Mans and make the next step in his progression!

Michael Yuen: “Despite a weekend of ups and downs with results not as I anticipated, it was a very valuable experience for me to come to Le Mans! These weather conditions were changing all the time, going from wet to dry, but it was also enriching to fight against and learn from those drivers in those tricky conditions. You don’t normally get this sort of experience in China or Asia. Therefore, if it’s possible for me to come here next year, I hope I can fight for a higher position and learn even more! I would also like to thank Creative Secondary School for their kindness to support this adventure!”

The Team Hong Kong (CRG) would like to thank once again the following partners whose collaboration has been a crucial factor in the making of their participation in the IAME International Final: Hong Kong Kart Club, Oasis Tech Company, CRG Factory, Hong Kong Karters Union, X’zuit and CRG China Dealer Rita Chung.