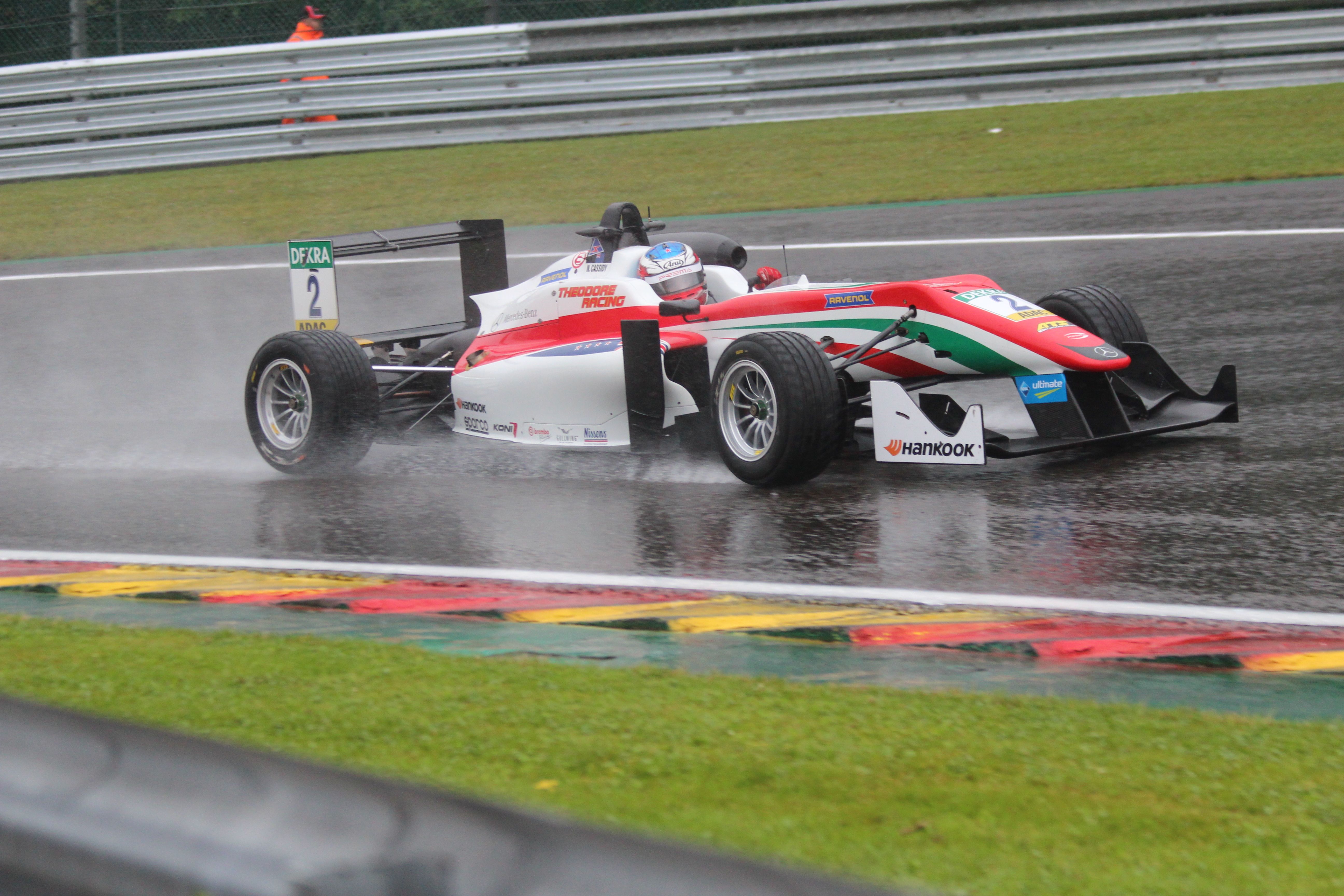 First two practice sessions for FIA Formula 3 European Championship this morning at Spa-Francorchamps ended up with Nick Cassidy on top of the table. Heavy rain hit the circuit the first session, which was red flagged twice, and cleared for the second.

First cars deployed from the pit lane while rain was just about to start this early morning at Spa-Francorchamps. Only target for drivers was then just manage to earn a few laps while testing over wet conditions, something common in Belgium.

Nick Cassidy was the man who set the best time, yet when rain stopped despite circuit was not dry. His time is 5 seconds fastest thanNiko Kari’s, the fastest under the rain.

First session had to be stopped twice as Piquet ended up in gravel when exiting Les Combes, and second when Jensen slightly crashed at the same point of the track. Conditions were difficult for the drivers.

On track we could see the japanese driver Ukyo Sasahara, who is debuting in Formula 3 with T-Sport. Besides, David Beckmann managed to stay less than a second away from fastest time whereas not making any mistakes at all.