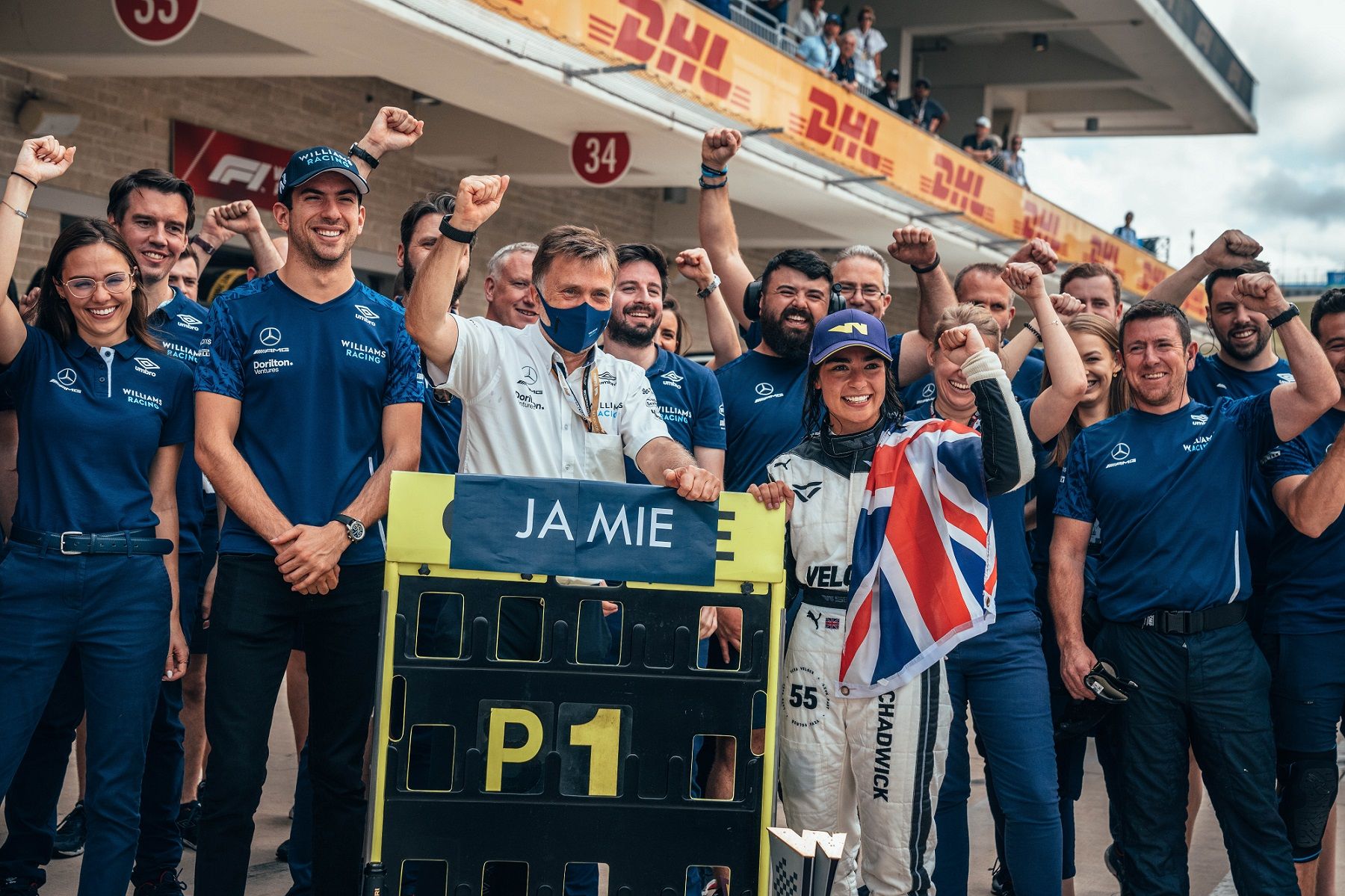 Williams F1 chief Jost Capito has good words for Jamie Chadwick after she successfully defended her W Series title at Circuit of the Americas.

Having won the W Series in 2019, Chadwick returned to retake the title in 2021, this time scoring the crucial superlicense points too. With the COVID-19 pandemic, the championship did not take place in 2020, but it didn’t deter the British racer.

She was on-song all-through the season with four wins and seven podiums from the eight races, beating Alice Powell by 27 points with Emma Kimilainen ending up third. Chadwick had firm support after her win, with George Russell there to cheer her on.

Since she is part of the Williams F1 family, its boss Capito praised the success. “It’s fantastic to see our Development Driver Jamie claim this year’s W Series title after a thrilling title battle,” he said. “It is a well-deserved success after an exciting campaign and we’re delighted to see her become a two-time champion.

“We have seen up close through the work she has done at Williams how much she has progressed as a driver over the past couple of years, and this is yet another indication of the talent she has behind the wheel. On a personal note, it was great to be able to watch Jamie’s success in person in Austin and I know the whole Williams team trackside enjoyed cheering her across the line on Sunday.”

Following her second title, she can now move to the FIA F3 level, but only time will tell what she chooses to do. But for now, she is basking in glory with a third junior title after MRF Challenge and W Series. “That was a mega end to a mega year,” said Chadwick. “It feels so good to finish it off like that – what a win!

“Thank you to W Series, Veloce, Formula One, Williams and everyone who’s supported me. It means so much to defend my title. It’s been really hard work this year as I’ve been pushed all the way by Alice [Powell]. The stakes were higher this weekend with the double-header, but to seal it by winning both races makes it so much sweeter and I’m delighted to come out on top.

“Massive congratulations to Alice who’s pushed me really hard, and it was a tough weekend for her with some issues which were out of her hands. I’ve got an amazing relationship with Williams so it was awesome to see them cheering me on, celebrate a little with them after the race and I’m really grateful for the support. I don’t know what’s next for me, but I’ll enjoy this moment and go from there,” summed up Chadwick.