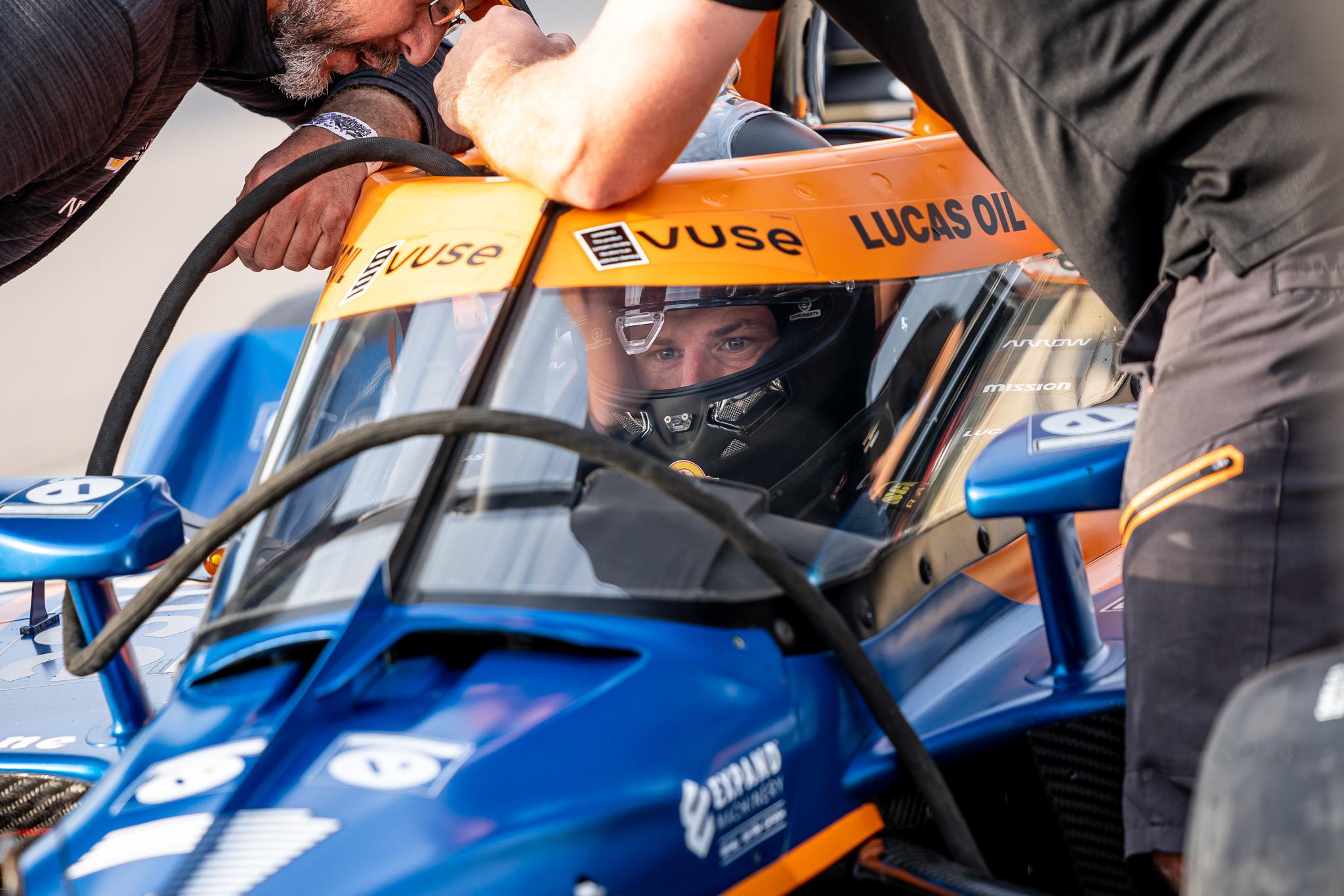 Zak Brown says Nico Hulkenberg is on top of their list for a third driver for their IndyCar team as the German completes his maiden test run.

Hulkenberg had his first IndyCar test run last week with Arrow McLaren SP at Barber Motorsport Park, where he completed about 108 laps. The German has said about not wanting to race in the series when he left F1, but now is looking at it to compete.

The run with Arrow McLaren SP was termed mostly as ‘one-off’ by both parties, but Brown has put Hulkenberg on top of their list among others as they look at drivers to compete full-time in a third car from the 2023 IndyCar season onward.

“I think IndyCar rewards aggressive drivers, and I consider Nico to be a guy who gets up on the wheel as they say, an American term,” said Brown to media including FormulaRapida.net. “I’m very excited to see him. I think Fernando has enjoyed IndyCar, Ericsson’s enjoyed IndyCar and even Romain.

“We definitely won’t a run a full-time third car next year. We will run at a car at Indianapolis, and we intend to run a third car later next year in anticipation of a full-time programme for a third car 2023. Nico wants to see what IndyCar is about, and we’ll see how Nico gets on.

“And that will all be part of the process once we pull the trigger on that third car, who might be in that car. Nico is right towards the top of the list,” summed up Brown, who agreed that McLaren F1 team principal Andreas Seidl did help the American to connect with Hulkenberg, considering the past the two have shared.

“Andreas actually introduced me to Nico,” revealed Brown. “As you say, they’ve had some good history. Andreas helps when and where he can if I need a favour, and he definitely helped to tee up Nico.”

Having had his first IndyCar test, Hulkenberg was pretty pleased with the car especially the ‘monster’ steering wheel they have. “First time in an IndyCar, first time at Barber Motorsports Park, and overall I think it was a good and successful day,” he said.

“I definitely can confirm that these steering monsters are very physical cars and it took a while in the morning to feel comfortable, but in the afternoon the lap times and the performance started to come in and it was great fun. Big thanks to Arrow McLaren SP for this opportunity today and their very professional work on track.”

Here’s news on Nico Hulkenberg getting an IndyCar test