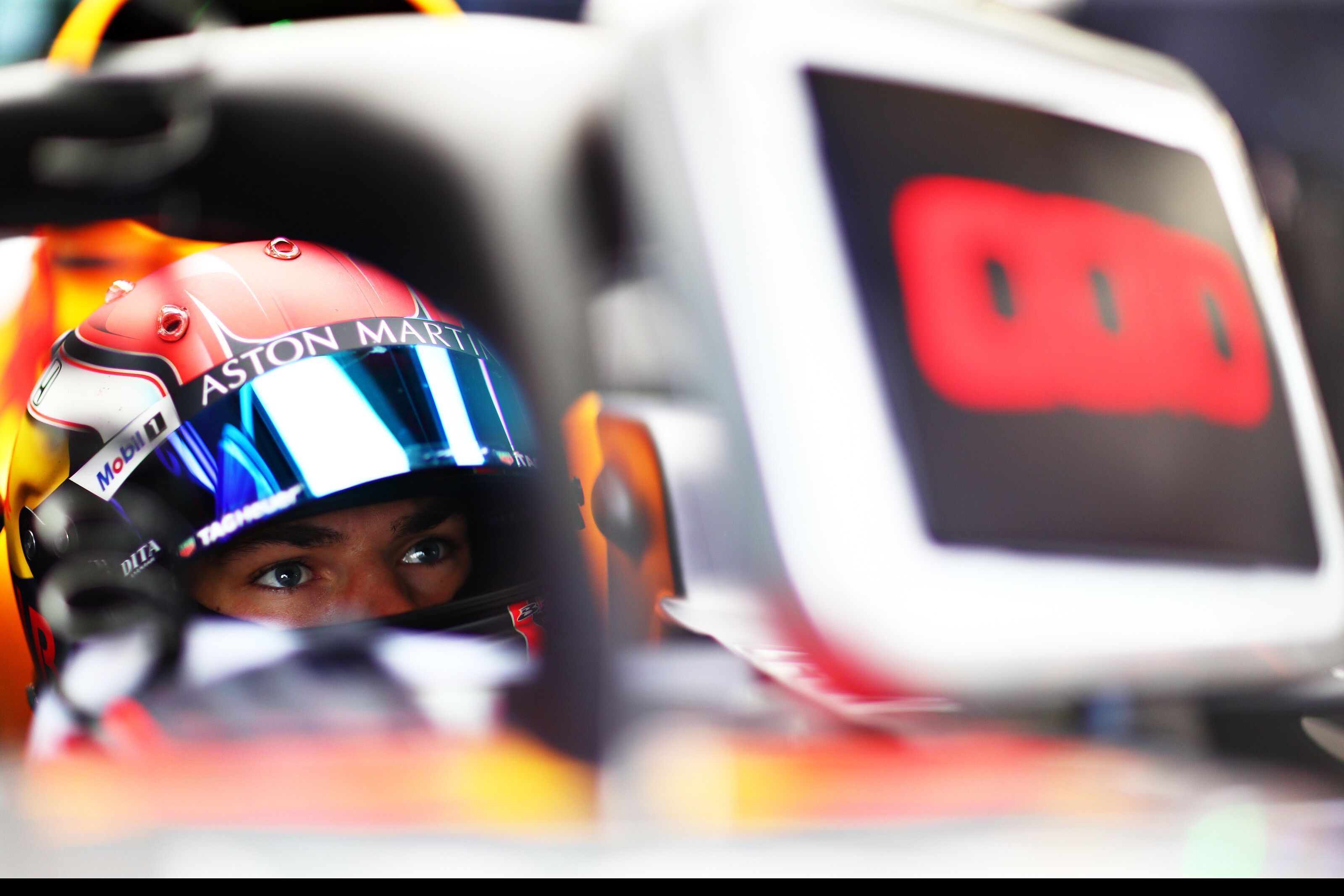 It was a scrappy start to the F1 British GP weekend at Silverstone in FP1 with Gasly quickest after a late lap of 1m27.173s in the session to beat Bottas (1m27.629s) and Verstappen (1m28.009s) – the latter also improving late in the session.

Only Red Bull drivers showed bigger improvement after a brief rain break apart from Ferrari’s Charles Leclerc (1m28.253s), who ended up fifth behind Mercedes’ Lewis Hamilton (1m28.122s) – the British driver having set his quickest time on the medium compound.

Even Sainz set his time on the medium compound as multiple drivers in the top half had off moments on a brand new surface which included Hamilton, Verstappen and Leclerc. With Sainz in 10th, teammate Lando Norris (1m29.170s) was just outside in 11th.

It wasn’t straightforward though for two of them as Alfa Romeo’s Kimi Raikkonen (1m30.747s) was 18th, having stopped early in the session due to an engine issue. Haas’ Romain Grosjean (1m30.811s) had a bizarre run all-through with multiple spins.

He had one at pit exit when he lost his rear and crashed into the barrier which caused a broken wing and later on, he spun at the same Luffield corner where many others had their offs. Grosjean caused a VSC for dropping debris after his early hit.

At the same time, Raikkonen’s stop caused for the session to be red-flagged. Despite the troubled for both, Williams’ Robert Kubica was only 20th to set a 1m32.121s on the medium compound.