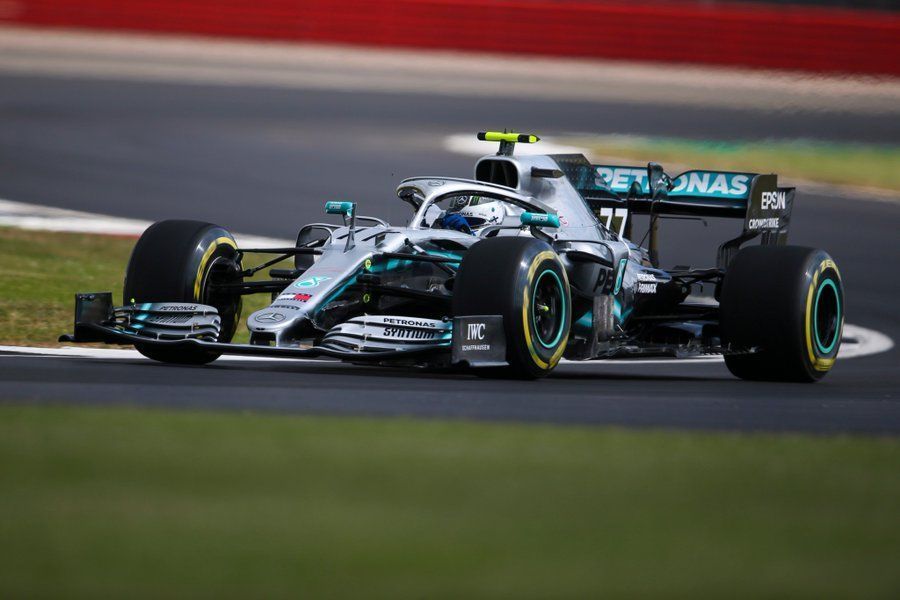 The Ferrari drivers showed its intentions in the first part of the F1 British GP qualifying at Silverstone with both Charles Leclerc and Sebastian Vettel opting to run solely on the medium compound as opposed to the softs chosen by their rivals.

It was Mercedes’ Lewis Hamilton at the front though with a lap record to his name from Leclerc and Red Bull Racing’s Max Verstappen. Meanwhile, in the bottom half, it was a miss for Haas’ Kevin Magnussen after he was bumped out by Racing Point’s Sergio Perez.

The Canadian once again missed a Q2 run with Perez keeping a clean sheet against him like Williams’ George Russell (1m27.789s) in 19th ahead of Robert Kubica (1m28.257s) – the British racer getting into the 1m27s bracket.

The strategy game was similar for Mercedes, Ferrari and Red Bull drivers to start with as five of the six drivers opted to set their best time on the medium compound apart from Vettel, who set his first timed lap on the soft compound to be only eighth.

The German actually ran an old set of the soft for his first run but he opted to use the same compound for his final outing as well to confirm the split strategy idea for Ferrari as Leclerc also improved on the soft compound to lead the session.

Mercedes’ Valtteri Bottas was second with Hamilton third but both the German team drivers and Red Bull are to start on the medium compound. It was a close fight for a Top 10 spot which saw both Alfa Romeo Racing drivers failing to make it in.

The final part of British GP qualifying had more dramas in store as Bottas took provisional pole with a 1m25.093s after Hamilton made a mistake on his first run but was still second from Verstappen. Ferrari lost ground with Leclerc only fourth and Vettel sixth.

It was close in the end and even though Bottas couldn’t make an overall improvement, the Finn held on to score his first British GP pole and his fourth of the 2019 F1 season, as Hamilton (1m25.099s) missed it by just a 0.006s in the end.