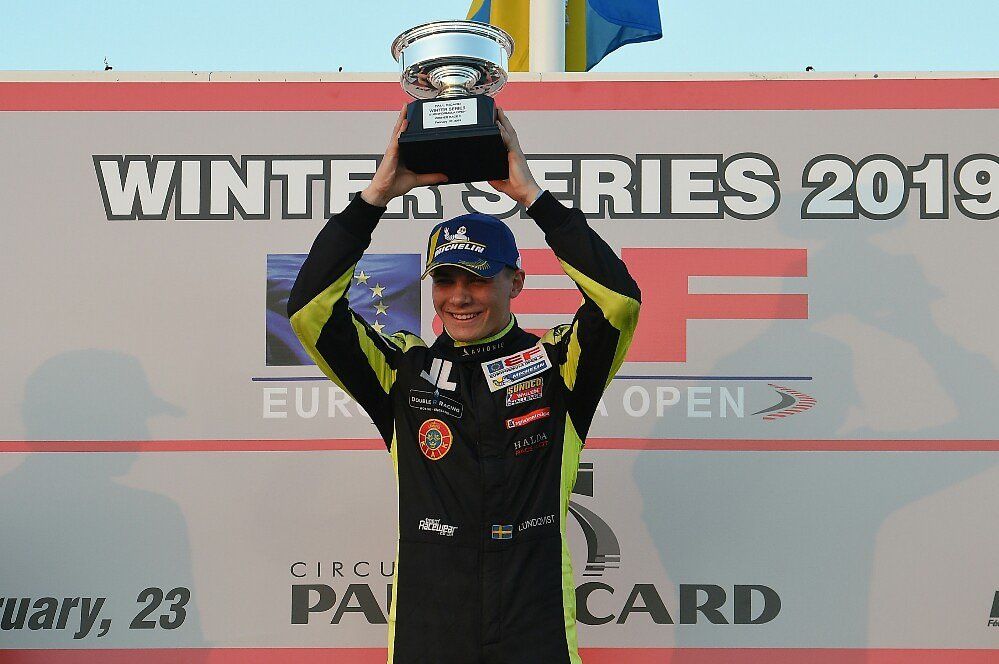 The 2019 British F3 champion Linus Lundqvist has secured a graduation to Euroformula Open (EF Open) for the 2019 season.

Lundqvist jumps to EF Open for the 2019 season with Double R Racing, with whom he took the 2018 British F3 title. The Swede is the British outfit’s second signing after Red Bull junior Jack Doohan, son of two-wheel legend, Mick.

Along with Lundqvist, even Double R is entering in the series for the first time this year. The team will use Mercedes-HWA powered Dallara F317 cars. “I’m super excited to be back with Double R for a third year,” said Lundqvist.

“I think we showed what we can do together last year [winning the British F3 title], and the target would be to fight at the top this year as well. I also want to say thank you to all of my backers and everyone who made this possible, I can’t wait to be back out on track.

“Obviously, a massive thank you to Boyo [Hieatt] and the whole of Double R for keeping me on for this year, let’s bring some more silverware home.” Following his win in 2018, Lundqvist raced in the Daytona 24 Hours in January.

He then competed in the Chennai round of the winter MRF Challenge series, where Double R works extensively in terms of managing the cars and providing mechanics and engineers. The Swede also raced in the EF Open Winter Series round.

“Everyone at the team is ecstatic Linus will be a Double R driver again this year,” said team principal Anthony Hieatt. “We’ve achieved so much together over the past couple of seasons, culminating in winning British F3 last year.

“So, it’s going to be fantastic to continue that partnership together into the Euroformula Open. He’s a fantastic driver, bags of commitment and ability, and I’ve got every confidence he will be one of the true front-runners from the first round.

“With Linus joining Jack [Doohan] we’ve got a great line-up already for Euroformula Open, and we still have the third seat to confirm.” While Lundqvist signed up with Double R, his 2018 British F3 rival Nicolai Kjaergaard also sealed his seat with Carlin.