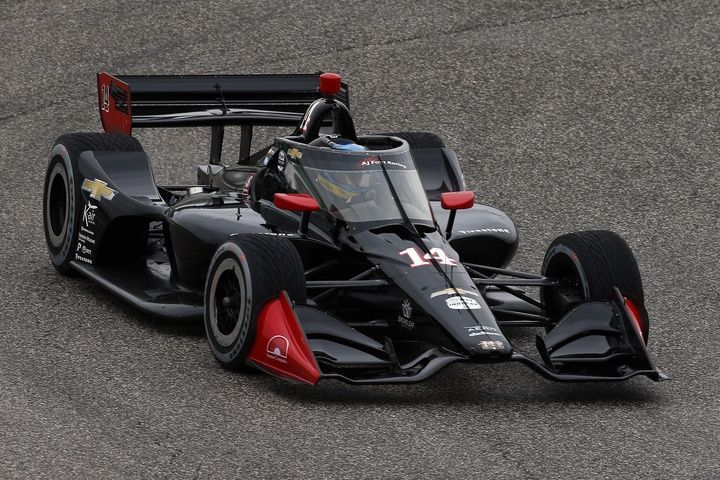 Sebastien Bourdais knows he is back at a relatively slower IndyCar team but it isn’t pushing him down as Larry Foyt looks to use his experience to push.

Bourdais has an appreciation for the smaller teams in IndyCar. Having left KV Racing the year prior, the Frenchman joined Dale Coyne Racing in 2017 when their competitiveness left something to be desired, and pushed them to the forefront of the midfield in the series.

It was after this that he would be dropped by the team, who favored a younger line-up. And now, the 41-year-old finds himself in a very similar position to that which he did in 2017. After being dropped by DCR, he recently signed with AJ Foyt, who are struggling for pace in their own right.

Bourdais is now left to replicate his successes with DCR with AJ Foyt three years later, and though some might interpret this as a backwards step in his career, the multiple-time Champ Car champion expressed that he welcomes such challenges, and that he expects he will be able to tackle this new one with the team around him.

“I mean, there’s no denying that showing up into a top team with a car that’s all sorted out and ready to win the championship is nice,” said Bourdais. “The challenge game, let’s face it, was my opportunity to give it another go. I mean, ever since I’ve come back, there were opportunities, but it never really lined up time-wise.

“When we started talking to Larry, really the way he perceived the way things were, where he wanted to take the team back at, the ideas and engineering options, so on and so forth, that we’re presenting, I really thought that that can definitely work.

“As we know in IndyCar, like Larry was touching on before, if you put the right people at the right place, you got a good group that works well together, can go a long way. I’m really hopeful we can assemble a group of people that work together well and are producing results for Larry, A.J., what the name represents,” summed up Bourdais.

In the face of this overt confidence, however, Bourdais was hesitant to set any expectations for his IndyCar career revitalization. “Expectations can lead to mistakes I think,” he said. “Obviously if you have things going your way, in 2018 we just kind of shot out of the cannon, were leading the championship and stuff like that. We did it in ’17 as well.

“Sometimes you have a lot of pace, you have nothing to show for. I think I’ll be very happy if we can show that the team has the potential that I think it has, then just keep on making it better and taking it one step at a time. Seeing progress for me in the situation we’re in right now is definitely going to be what we’re reaching or looking for.

“On top of that, if we can be competitive fairly quickly, that would be great. But I don’t really know. I think Larry might tell you a top 10. I’m hardly satisfied with a top 10, but sometimes you have to be patient and take what comes to you,” Bourdais said.

His comfort in such an environment is nonetheless an asset to AJ Foyt Racing. In 2020, the team supported Dalton Kellett, and Charlie Kimball. For ovals, Tony Kanaan stepped into the team’s #14 car. Of these, only Kimball remains with the team for 2021, and his understanding of car set-up is easily dwarfed by that of Bourdais.

It is for this reason that team boss Larry Foyt, among others, has confidence in Bourdais’ ability to drag the team into contention for more competitive positions. “I think we saw that even in testing, that he’s very good at knowing what he wants out of the race car,” he said. “His feedback was exceptional. The engineers were really impressed.

“It just seemed to click really well. I know he’s trying to temper expectations for the Indy GP. I get it. It’s tough. This is the most competitive I’ve seen IndyCar in the time that I’ve been around for sure. To say I’m just going to show up after I haven’t been in a car since February, going to go out there and do amazing things is a tall order.

“We’re not looking at that. We wanted to build on next year to give us the best chance to go into 2021 being competitive. I have no doubt he can get the job done. I think our pit stops and our engineering is in a good place, but we’ll continue to work on it to make it better. Whoever his teammate is going to be, I think will benefit from Sebastien being there,” summed up Foyt.