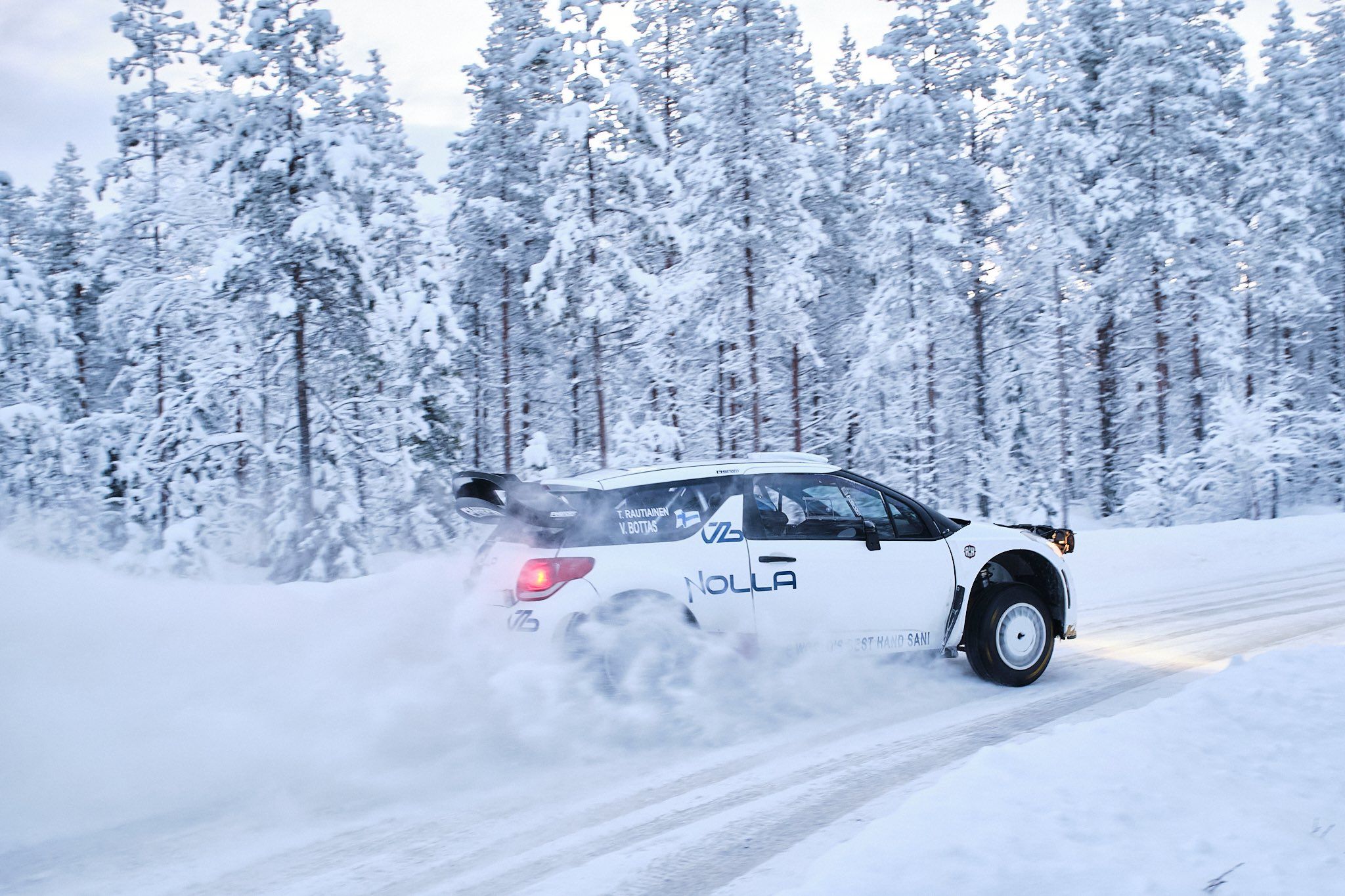 Bottas returned for his third Arctic Lapland Rally in 2021 with Timo Rautiainen as his co-driver in the LK6 category, as he continues with his unique preparation for the new F1 season. The Finn used the Pirelli tyres in the snow-laden rally for his Citroen DS3 WRC car.

From the scheduled 10 stages, the field ran in seven of them, whereby SS1, SS5 and SS7 were missed. For Bottas, it was a consistent performance as he ran in the Top 10 for all of the stages in the overall standings. He survived an off in one of the stages.

In the overall standings, Bottas eventually finished sixth, with a total time of 1hr47m15.7s. The F1 racer ended up 3.5m behind the eventual winner Juho Hanninen, who also won the LK6 category, where the Mercedes racer secured a podium finish in third.

In a grid of only four cars in LK6, Bottas was fourth to start off initially but gained a place by the end of it to secure his first-ever rally podium – even if it was in a limited class. He finished about 1.2m behind second placed Oliver Solberg, son of veteran Petter.

Here’s Lewis Hamilton being confirmed of getting knighted