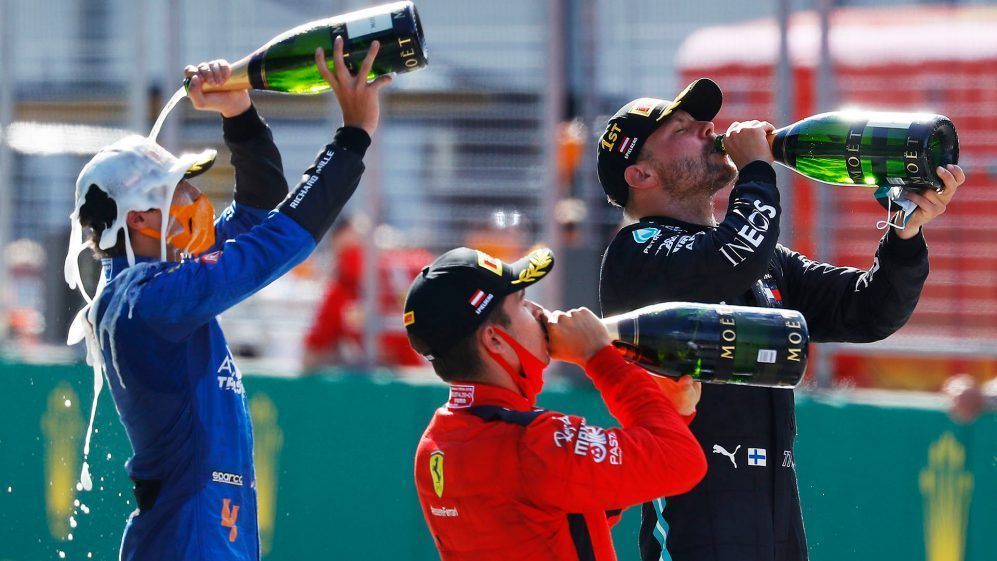 Valtteri Bottas and Charles Leclerc defend their travel to Monaco from Austria despite F1/FIA COVID-19 pandemic protocol as Guenther Steiner was away as well.

For F1 to return, the FIA charted out a huge regulation list with do’s and don’t’s for not only team personnel but also their leaders, drivers and even media along with their own officials. Already during the first weekend, the FIA had to send a reminder letter.

Red Bull Racing’s Christian Horner and Helmut Marko were spotted interacting with Ferrari’s Sebastian Vettel without social distancing and face masks. On top of that, the German was out of his team’s bubble as well, where interaction with others is not allowed.

Outside that, the Austrian GP weekend ran smoothly with over four thousands tests conducted with no COVID-19 positive case. As per the directive, all were asked to stay back in the country for the second F1 round this weekend.

In fact, it will be similar between Austria and Hungary as well. However, social media posts from both Mercedes’ Bottas and Ferrari’s Leclerc had them in Monaco, where the former celebrated his girlfriend’s birthday as the latter spent time with close friends.

Rest of the drivers remained in Austria as Bottas and Leclerc defended their movement, where the former said he got the due permission (likely from the team management). “Obviously I found out if it’s allowed to go back, and yes it is,” said the Finn to media including Racefans.net, Motorsport Network, Motorsport Week and co.

“And of course, it doesn’t make a difference if I say with the same people in the same bubble whether I’m here or back home in Monaco. So I decided to go back home, as we are in Europe and travelling is pretty short. So there’s no extra stress really from the travel, I wanted to spend those three full days at home.

“Thought it was very nice, feeling very recharged for the weekend. So I think it was a good decision from our side, and I understand what to do, what works for me, what I want to do between the races and from safety point of view, there’s no difference at all. It’s still the same people that I would be dealing with here,” summed up Bottas.

Leclerc added: “I did come back at home. On the other hand, I’ve been tested twice before coming back. So in two days, testing twice, both negative obviously. And that’s it. Yes, I went back home for two days and then the two tests to be sure of the results.”

The FIA COVID-19 delegate has come to know about this and are likely to send a reminder to them. For Ferrari, though, it will be their second one and could put them in danger of bigger implications considering that the regulations does allow them to do so.

Elsewhere, Haas F1 team boss Steiner also admitted to having left Austria for a work in Italy but added that rest of his blokes remained as per the protocol. “Most of the people stayed and both our drivers stayed,” he said. I didn’t stay,

“I came back today, because I cannot tell you a lie. I needed to go back, I had something to do. I didn’t go to US. I stayed in Europe. I didn’t make a trip back to the States. I went to my place in northern Italy. Everybody else stayed. It’s the same protocol for Hungary.

“We followed the protocol. We stayed out and did all the tests that we needed to do. I think if the drivers, I don’t know about the other drivers, I have no idea. I think everybody works together with the authorities for what is happening, so it’s fine.”

So far, only the three have confirmed any movement. In fact, Vettel took it sportingly when asked about not wearing face mask during interviews. The German admitted that he did not like wearing them and that he got a letter as a reminder from the FIA.