Home F1 Binotto: Bouncing can be lessened but key will be maintaining performance 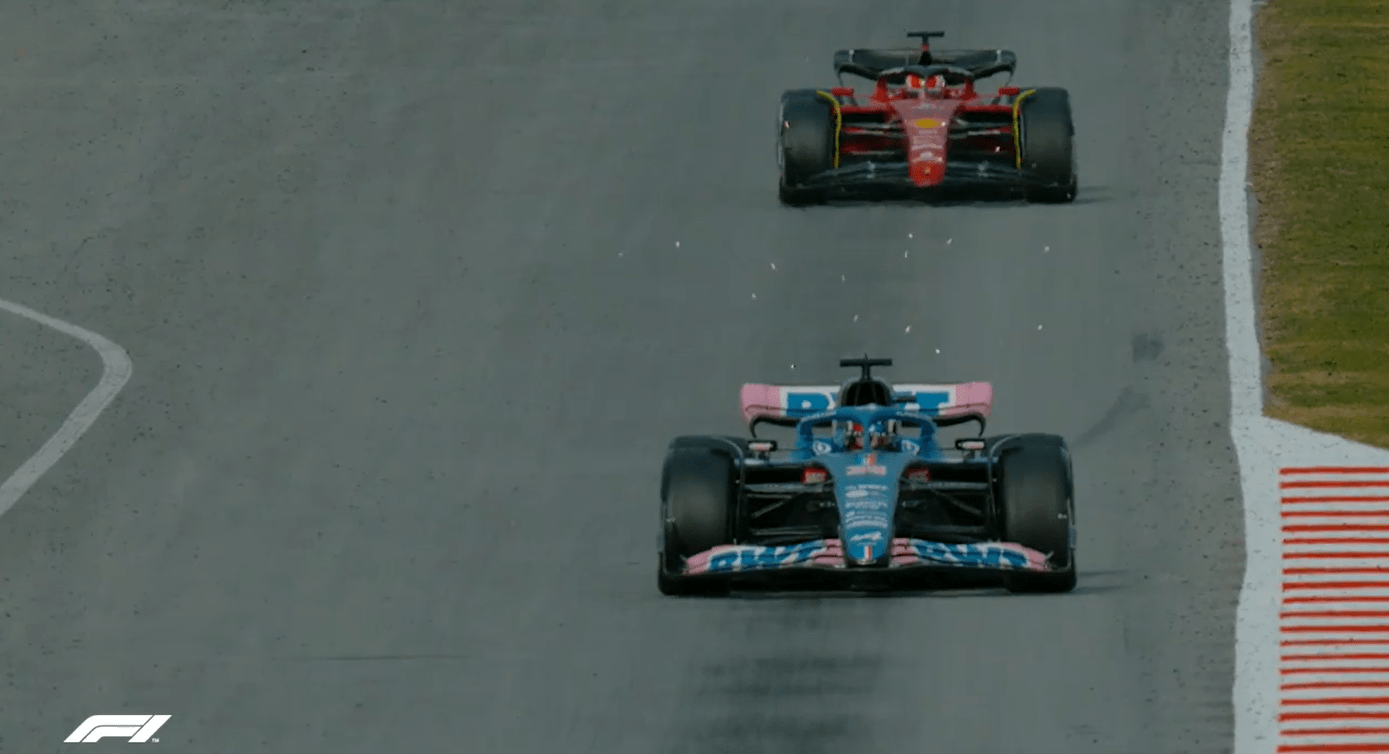 Mattia Binotto talks about the issue of porpoising where he feels that F1 teams will find a  solution to it, but it won’t be an easy fix due to performance.

The subject of porpoising came to the fore in the last couple of days at the opening test in Barcelona. This is a topic which was a focal part of F1 in the early 1980’s particularly 1980, 1981, and 1982 (the Ground effect era). Quite simply, it is where a car will bounce up and down and sometimes quite violently too, particularly at high speeds and even where the tracks are quite flat.

The cause is an aerodynamic one where for example the front wing of the car is pushed even closer to the ground when running.  In short, the underbody of the car is sucked to the floor. While this was expected to happen but as Ferrari’s Binotto noted, teams underestimated the impact of it.

While he reckons there will be solutions to it, the biggest challenge will be to still have the performance level. “Most of us at least underestimated the problem by the terms of when on track we are bouncing more than expected,” said Binotto in press conference. “We knew for certain that the ground floor situation would have been different, its through a learning process we know how long can it take to address it.

“Solving it can be quite straightforward, optimizing the performance because it should not be a compromise because you should try to avoid any bouncing by getting most of the performance of the car, that could be a less easy exercise. I’m pretty sure at some stage each single team will get to the solution.

“How long it will take, the ones that will go there sooner will have an advantageous start to the season. I think honestly the cars are quite different from the previous downforce eras, it is related to the ground effect and how powerful it is. Certainly it is similar, the frequency at the cars are bouncing are the natural frequency of the car itself and I think it excited by the aero, it is as simple as that,” summed up Binotto.

The Italian’s sentiments was concurred by Alfa Romeo’s Frederic Vasseur as well. He feels the same that this will not be an easy fix especially on the performance side. “I think some moments are not easy to duplicate in the Wind Tunnel or Simulator,” he said. “We are all facing to the same issue.

“To fix the problem is not the biggest issue but then to be efficient is the key and how the team will react will be key for the first race’s.  I’m sure that in three or four events at the press conference we won’t speak any more about bouncing but today it’s the question,” summed up Vasseur.

Among the other bosses, Aston Martin’s Tom McCullough added: “Obviously, very new cars, this is the first iteration of these cars and all the teams are going to be evolving the cars between Bahrain; the first race and the first few races. Here we are testing, we’re just exploring, we’re pushing the envelope, we can adjust ride heights to put the car so it hits the ground like last year’s car, so early stages but I think you will see a lot of development over the next few races.”

And finally, Jost Capito stated: “We all have this issue and we have to try our best to solve it but just after one day driving you cant say what to do you know.” Last year’s constructor champions Mercedes were also among those who suffered from the issue the most advising that although new driver George Russell didn’t experience it too much he was concerned but confident of a resolution.

“I think you can see some quite substantial issues with the cars in the straights with the bottoming,” Russell said. “So this is a compromise we need to find to go quickest around the lap. It’s something I don’t think any team has experienced before. We’re seeing some interesting things out there.

“From what I’ve seen of other teams in particular, it would be a safety concern, so that does need to be sorted in one way or another. But there are a lot of intelligent people up and down this grid, and I’m sure everyone will get on top of it sooner than later.”