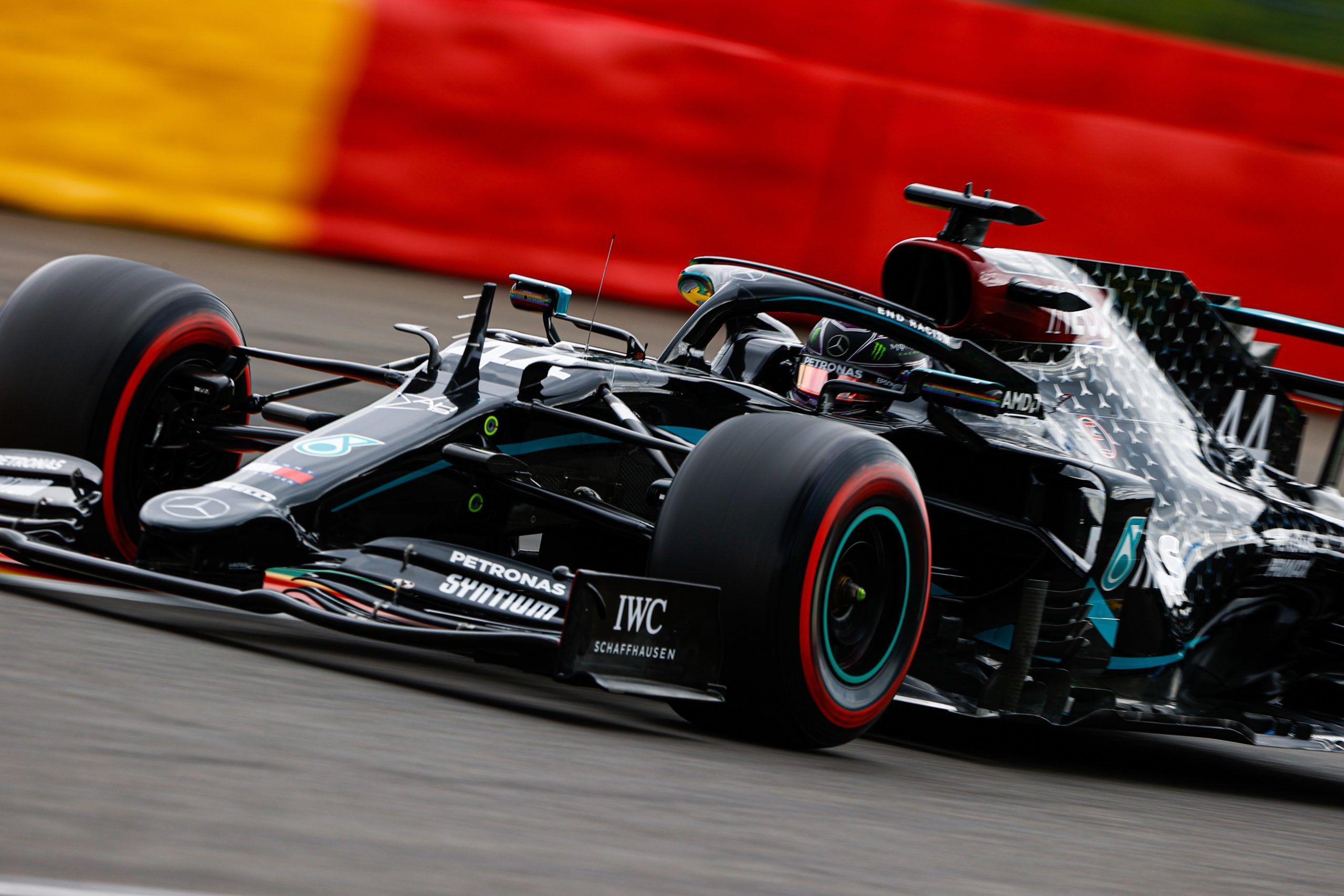 It was cloudy still in first part of F1 Belgian GP at Spa-Francorchamps as Mercedes’ Lewis Hamilton and Valtteri Bottas led the way to be six-tenths quicker than Red Bull Racing’s Max Verstappen, where the Dutchman had to complete a second lap to be secured.

It was close in the end as the Ferrari duo just scrapped into Q2 with Sebastian Vettel 13th and Charles Leclerc 15th as Alfa Romeo Racing’s Kimi Raikkonen just missed out in 16th with a 1m43.743s from Haas’ Romain Grosjean (1m43.838s).

The strategy game was on in second part of F1 Belgian GP qualifying as the two Mercedes and Racing Point drivers chose to set their best time on the medium compound along with Red Bull’s Verstappen, while Alexander Albon was on the soft.

While Hamilton led Bottas and Verstappen, the Racing Point duo ended up outside the Top 10 after their first quick run, which forced them to change to the soft compound. It was Albon eventually in third after getting some help from teammate.

It was a big moment for Renault’s Daniel Ricciardo, who did not venture out the second time but hung on to sixth but there was a scare of a brake-by-wire issue. The Racing Point duo made it in the Top 10 after switching to soft compound.

The third part in F1 Belgian GP started with Hamilton (1m41.451s) on provisional pole by half a second over his teammate Bottas (1m42.029s) as Ricciardo was back out and on-song to be third beating the two Red Bull cars after the first run.

Interestingly, the two Racing Point drivers did not venture out for the second time as Sergio Perez (1m42.532s) was eighth and Lance Stroll (1m42.603s) ninth, with McLaren’s Lando Norris (1m42.657s) eventually rounding out the Top 10.