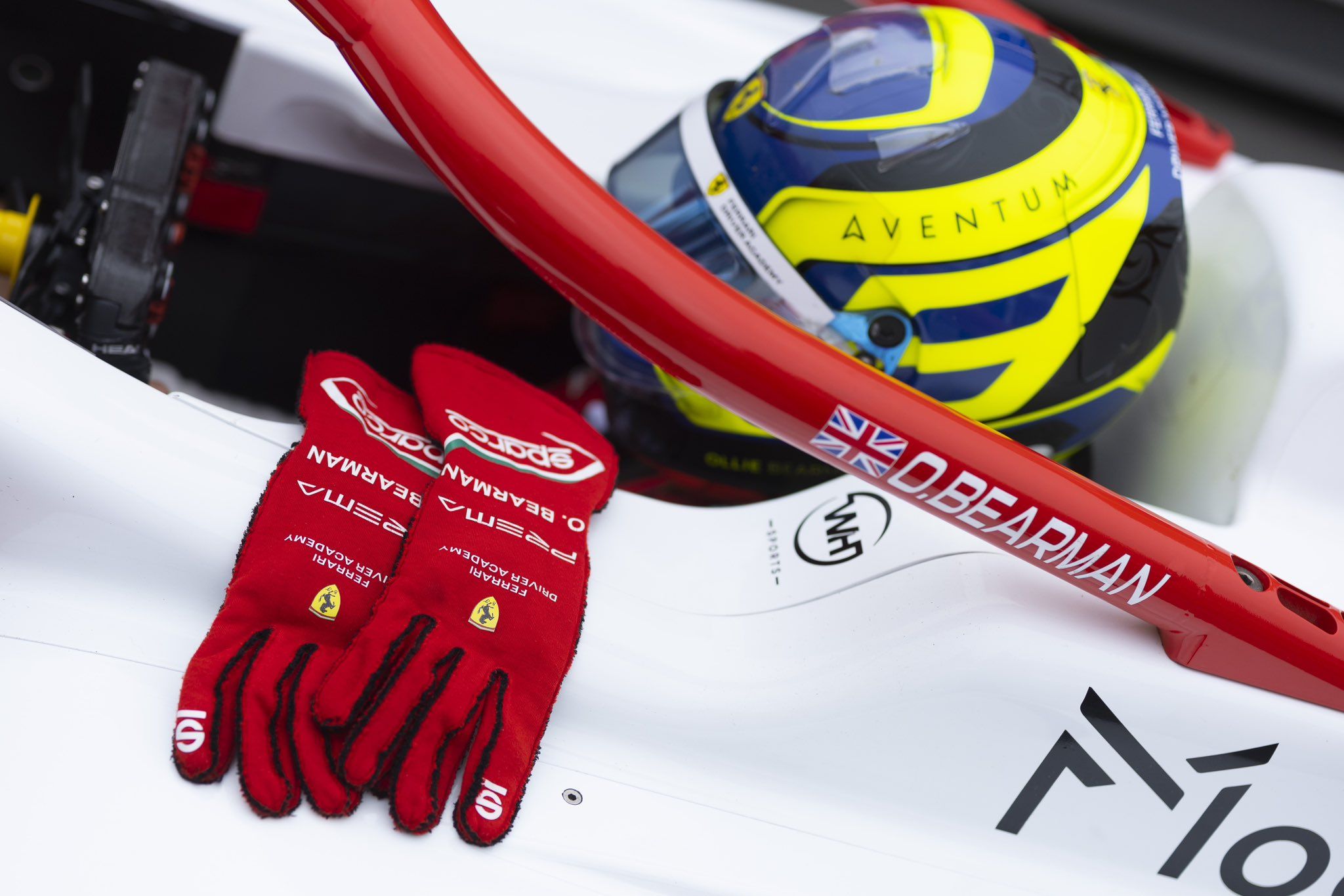 Ferrari junior Oliver Bearman will graduate to FIA Formula 2 (F2) in 2023 after signing up with Prema as he will get his first test chance in Abu Dhabi.

PREMA Racing is proud to announce that Ollie Bearman will step up to the FIA Formula 2 Championship with the team in 2023. Coming from an exceedingly positive 2021 season, where he captured both the Italian and the German Formula 4 Championships, the British racer was impressive right from the start of his FIA Formula 3 experience and already contended for the title in his rookie season, completing an outstanding transition from Formula 4.

Bearman scored one win and eight podium finishes in 2022, ending up third in points and providing the team with a key contribution in achieving the Team Championship. The Ferrari Driver Academy driver will only be 17 when he lines up for the opening round of the season, but the team will provide its best effort to back him with its winning experience in the series aiming for a successful rookie year.

“We were amazed by how quickly and successfully Ollie transitioned from F4 to Formula 3 racing,” said team boss Rene Rosin. “He is a really talented driver, and while he will be making his first steps in the FIA Formula 2 Championship, we are confident he will improve race by race with the support of our team and the Ferrari Driver Academy as well. It won’t be easy, because the step from F3 to F2 is considerable, but we are confident in his potential for the season ahead.”

At the same time, Bearman added: “I’m really excited to continue another year with the PREMA family, this time in F2. I’m really happy with how my first season went in F3. It was a really nice introduction and I felt like the team coached me throughout the year really well. I will continue to work hard over the winter with the Ferrari Driver Academy, in order to be fully prepared for 2023. It will be a tough challenge, but everyone works so hard and I’m really looking forward to the challenge. I’m already really excited for the test in Abu Dhabi and for the first round of 2023 in Bahrain.”