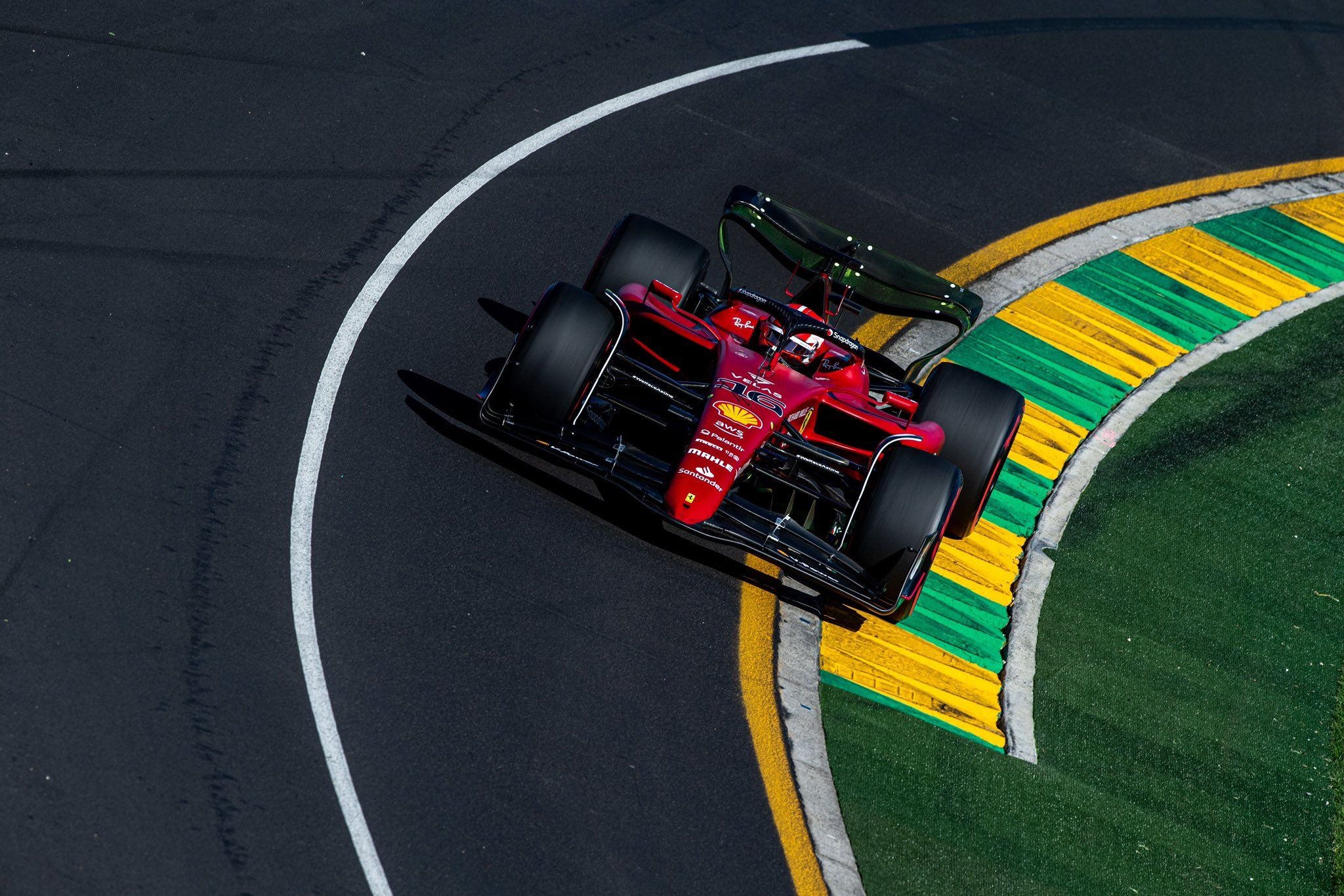 Between the FP1 and FP2 session, the FIA updated the power units elements list along with the gearbox list for F1 Australian GP. For Alpine’s Fernando Alonso and AlphaTauri’s Yuki Tsunoda, they switched to their third Internal Combustion Engine.

Haas’ Mick Schumacher did so too after his Jeddah incident. The track action, meanwhile, in FP2 saw Ferrari lead the way still with Leclerc setting the pace with a 1m18.978s lap from Red Bull’s Verstappen (1m19.223s), who did not looked well settled in the car.

The Dutchman had his moments and didn’t look too fearsome as Ferrari, but he managed to get ahead of Sainz (1m19.376s). The Spaniard was involved in another impeding incident, this time with Aston Martin’s Lance Stroll at the start of the session.

One of his laps was also hampered by AlphaTauri’s Pierre Gasly. The Red Bull and Ferrari brigade was stopped by Alpine’s Fernando Alonso (1m19.537s) who ended up fourth ahead of Red Bull’s Sergio Perez (1m19.658s), with Alpine’s Esteban Ocon (1m19.842s) in sixth.

The first of Mercedes was of George Russell in 11th with teammate Lewis Hamilton 13th behind AlphaTauri’s Tsunoda. Hamilton also had a gravel moment in the session along with Aston Martin’s Stroll, whose bodywork debris caused a red flag situation.

Alfa Romeo’s Guanyu Zhou was 15th from Haas’ Kevin Magnussen, with Williams’ Alexander Albon 17th ahead of Haas’ Mick Schumacher and Williams’ Nicholas Latifi. The German also had a moment, while his fellow countryman Sebastian Vettel couldn’t do a lap after Aston Martin elected to change the power unit on his car.

UPDATE: Both Stroll and Hamilton have been let off for alleged impeding. The Canadian impeded Sainz, while the Brit did so the Aston Martin driver.

Due to the presence of multiple cars converging on the final corners, all of which impacted the situation, the Stewards consider that Car 18 did not unnecessarily impede Car 55 and take no further action,” said the statement regarding Stroll.

The same was said regarding Hamilton: “Due to the presence of multiple cars converging on the final corners, all of which impacted the situation, the Stewards consider that Car 44 did not unnecessarily impede Car 18 and take no further action.”

In another impeding case, Tsunoda has been reprimanded for the second time after he did so with Sainz. “TSU exited pit lane and entered turns 1 and 2 knowing SAI was quickly approaching on a push lap. After entering turns 1 and 2, SAI came up behind TSU, who was moving slowly on the racing line at turn 2 and was, therefore, impeded,” it stated.

#F1 #AustralianGP While (again) there is no further action against Lance Stroll for impeding, Lewis Hamilton is also in the clear, Yuki Tsunoda gets his 2nd reprimand and Sebastian Vettel needs to pay 5K for having fun on a scooter. #MsportXtra pic.twitter.com/aTjmWJDzcp