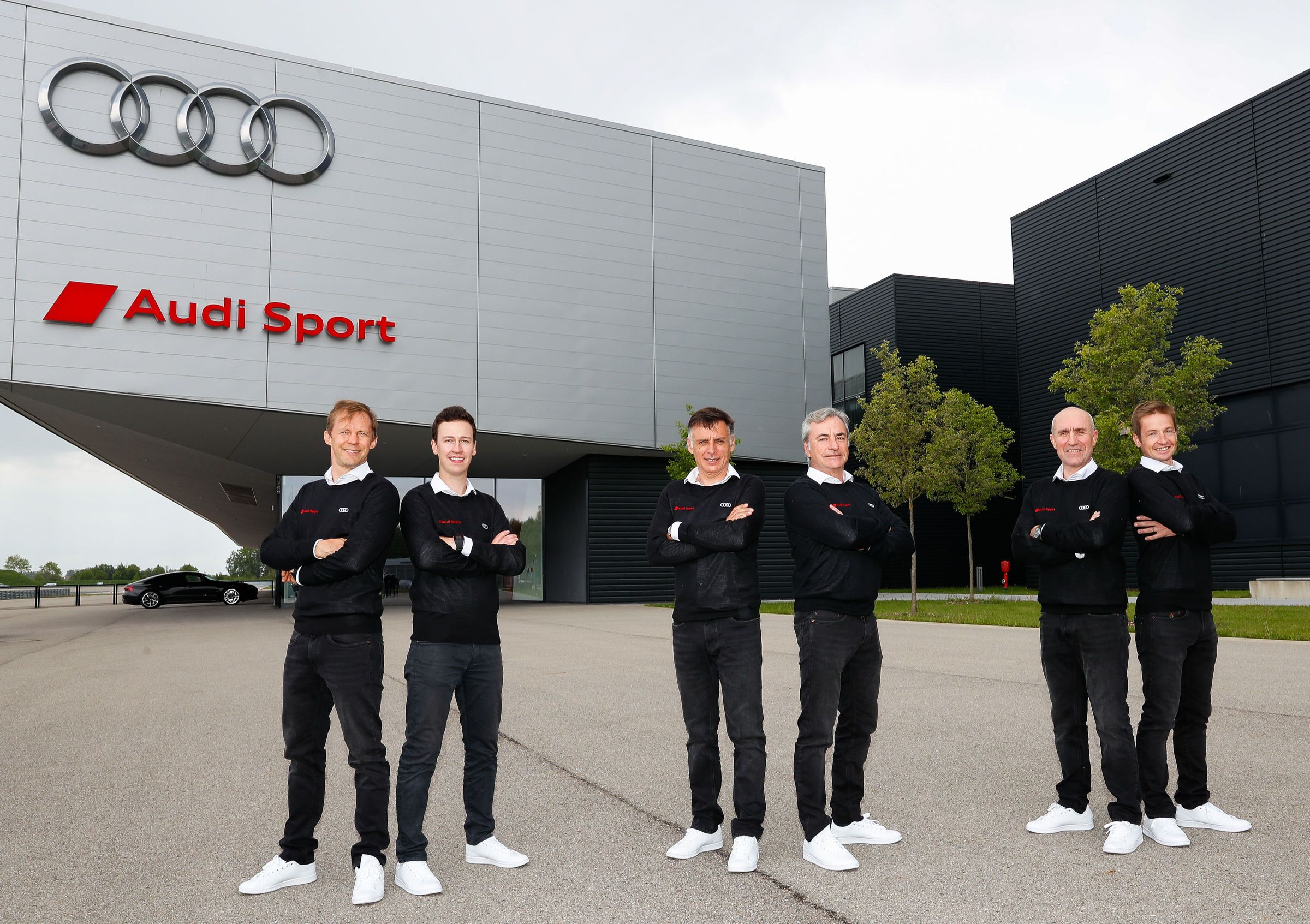 Having announced its Dakar programme for the 2022 edition, Audi has now revealed its three-car driver line-up, with winners and veterans, Sainz Sr and Peterhansel, leading the outfit’s winning bid, alongside Ekstrom – who is starting in the cross-rally scene.

Audi dubs it as a ‘dream team’, with experience taking centerstage, while Ekstrom adds on as a relative younger driver. The Swede will pair-up with Emil Bergkvist in the journey, whereas Sainz Sr will have Lucas Cruz and Peterhansel will have Edouard Boulanger.

“It’s no exaggeration to speak of a ‘dream team’,” said Julius Seebach, Managing Director of Audi Sport GmbH and responsible for motorsport. “Stephane is the most successful Dakar driver of all time. Carlos is a multiple Dakar winner and World Rally champion. With Mattias, we already celebrated many Audi successes in the past.

“He is one of the world’s most versatile drivers. In addition to a lot of speed, they are all adding an extreme amount of expertise and motivation to our team. The same goes for their co-drivers, who play an increasingly important role in the Dakar Rally.”

At the same time, Sven Quandt, team principal of Q Motorsport, states: “At the Dakar Rally, teamwork and reliabilty are crucial. You need a well-bonded team, a super reliable car and reliable driver teams. You can’t permanently drive at the limit in the Dakar Rally. The right strategy is crucial. I’m very happy that we will have three renowned and strong teams competing for us. We know their qualities very well.”

Starting with the 55-year-old, Peterhansel, the Frenchman has 14 Dakar wins under his belt – with six time in Moto category and eight in Car. He won the 2021 edition with Mini and now continues in journey, driving the brand new electric machine.

“I love nature and beautiful landscapes,” said Peterhansel. “At the Dakar Rally, we travel to fascinating places that you would never see otherwise. The Dakar is one of the last adventures in this world. And it is on the verge of a radical change: the future is electric. In ten years, everyone will be driving electric cars.

“The Dakar is an extreme test for this technology. We want to be the first team to win the Dakar Rally with an electric powertrain. I’m looking forward to tackling this very ambitious project with Audi,” summed up Peterhansel, whose co-driver Boulanger, continues to expand on their 13-year journey together.

Moving onto Sainz Sr, the ‘El Matador’ – as he is called – moves on from Mini as well, with Peterhansel, having won the Dakar rally three times in his career.  “Even at 59, I’m still hungry, otherwise I wouldn’t have taken on this new challenge,” he said. “Even as a child, it was my dream to become a rally driver. My passion is unchanged.

“The Audi quattro changed the World Rally Championship forever. Now we are trying something similar at the Dakar Rally. The engineers have much more freedom in the Dakar Rally than in other racing series. I have full confidence in the Audi engineers and will try to help them with my experience to develop a fast and successful car.

“The Dakar is the ultimate challenge for an electric powertrain. It is a fantastic, extreme project. I can’t wait to test the car for the first time. What I’ve seen so far gives me confidence,” summed up Sainz Sr, who will have Cruz at his side, continuing their partnership for even a longer time.

Despite being a veteran in the racing world, Ekstrom is still a new comer to Dakar, especially against Peterhansel and Sainz Sr. He did enter the rally this year but not in the category that could win, but with Audi, it will be a big step.

“The Dakar will definitely be one of the most exciting adventures of my career,” says Ekstrom. “To be able to tackle this exciting project together with the team, with which I celebrated my greatest successes, is fantastic. Although I’ll be turning 43 this year, I feel like a junior compared to Carlos and Stephane.

“In this sport, you need a lot of experience in all areas. I still have a lot to learn, but I’m really looking forward to it,” summed up Ekstrom, who will have Bergkvist – almost half his age – as a co-driver, to start a new journey at Audi.

Here’s details from Audi about their Dakar programme