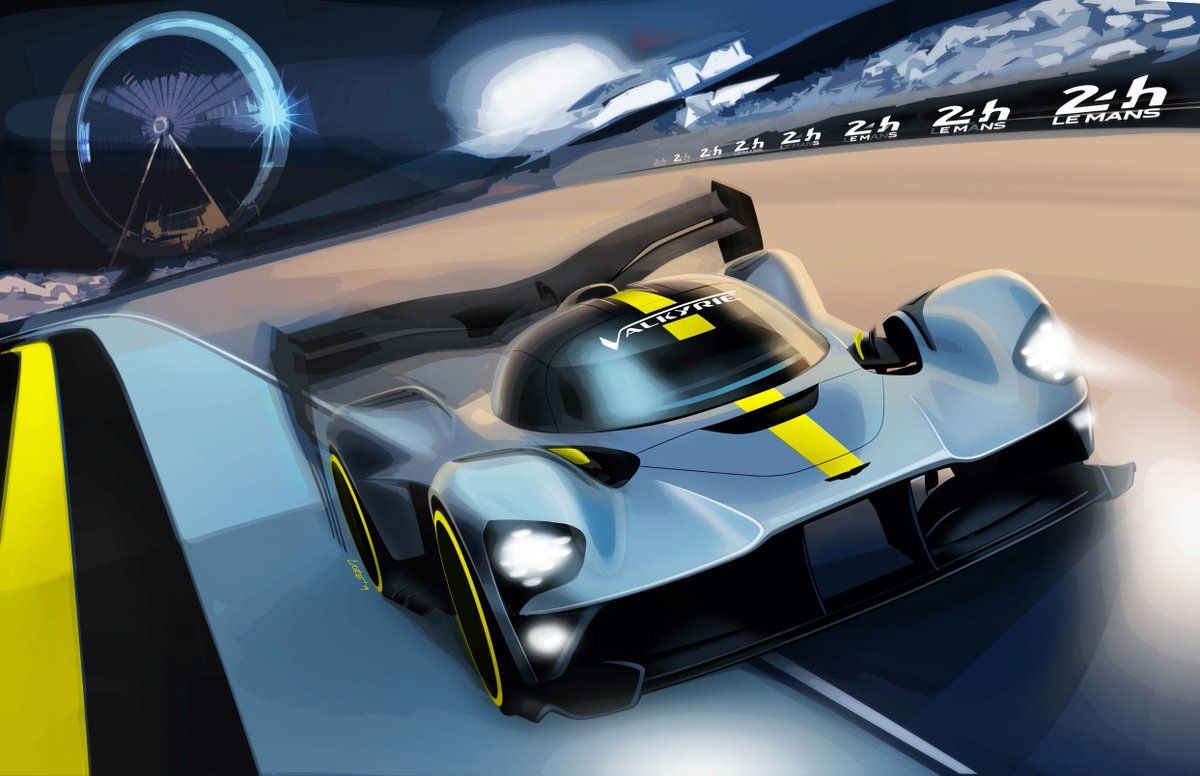 Aston Martin Racing and Toyota have confirmed its entry in the FIA World Endurance Championship’s (WEC) move to ‘Hypercar’ class from 2020/21 onward.

During the ongoing 2018/19 WEC Le Mans 24 Hours weekend, the FIA together with the ACO released more details of the new Hypercar category, which will replace the existing LMP1 class, from 2020/21 superseaon onward.

Although the name of the category is not yet confirmed with ACO and teams using both ‘hypercar’ and even ‘hyper sport’ in their announcements, but the category will be open to specialised prototypes and even road-going hypercars with added constraints.

With the announcements, Aston Martin and Toyota confirmed its commitment to enter the hypercar class from 2020/21 onward with its Valkyrie hypercars and hybrid-powered prototype based on the GR Super Sport road car, respectively.

Apart from the two manufacturers, privateer ByKolles has long talked about entering the class which they will do by skipping the 2019/20 WEC season. Meanwhile, Aston Martin’s plain idea is to push for an outright win in Le Mans 24 Hours race.

So far, the British outfit has competed for wins in the LMGTE Pro and LMGTE Am classes, but now it wants to compete in the lead category with at least a pair of Valkyrie hypercars, which they will specially develop to enter the WEC competition.

Meanwhile, Aston Martin Lagonda President and Group CEO, Andy Palmer said: “We have always said that we would one day bring Aston Martin back to Le Mans with the intention of going for the outright win when the time was right – now is that time.

“David Brown came here in 1959, with a car and a team of drivers capable of winning. We intend to do the same in 2021. The Aston Martin Valkyrie is primed for such a challenge and sits perfectly within the ACO’s new ‘hypercar’ rule framework.

“Bringing to bear all of our previous experience and knowledge of competing at the top levels of motorsport, we embark on this most ambitious project with the necessary ingredients for success. What could be more evocative than the wail of an Aston Martin V12 leading the charge into the night on the Mulsanne straight?”

At the same time, Toyota is pushing to develop GR Super Sport road car to enter the new class in the WEC. Shigeki Tomoyama, said: “I am pleased to confirm that TOYOTA GAZOO Racing will continue its challenge in endurance racing beyond the current regulations.

“Thank you to the ACO and FIA for their hard work in finalising these regulations, which we hope will bring about a new golden age of endurance racing, with several manufacturers fighting for Le Mans and the FIA World Endurance Championship.

“For TOYOTA GAZOO Racing, this new era of competition is a fantastic opportunity to demonstrate our credentials not only as a race team against some of the best in the business, but also as a sportscar manufacturer.

“I am sure I join fans and competitors in welcoming the new regulations and looking forward to an exciting era of competition in WEC and at Le Mans.” With the team manufacturers, the organisers are confident of more joining in.

Here’s the press conference in full of the hypercars category.