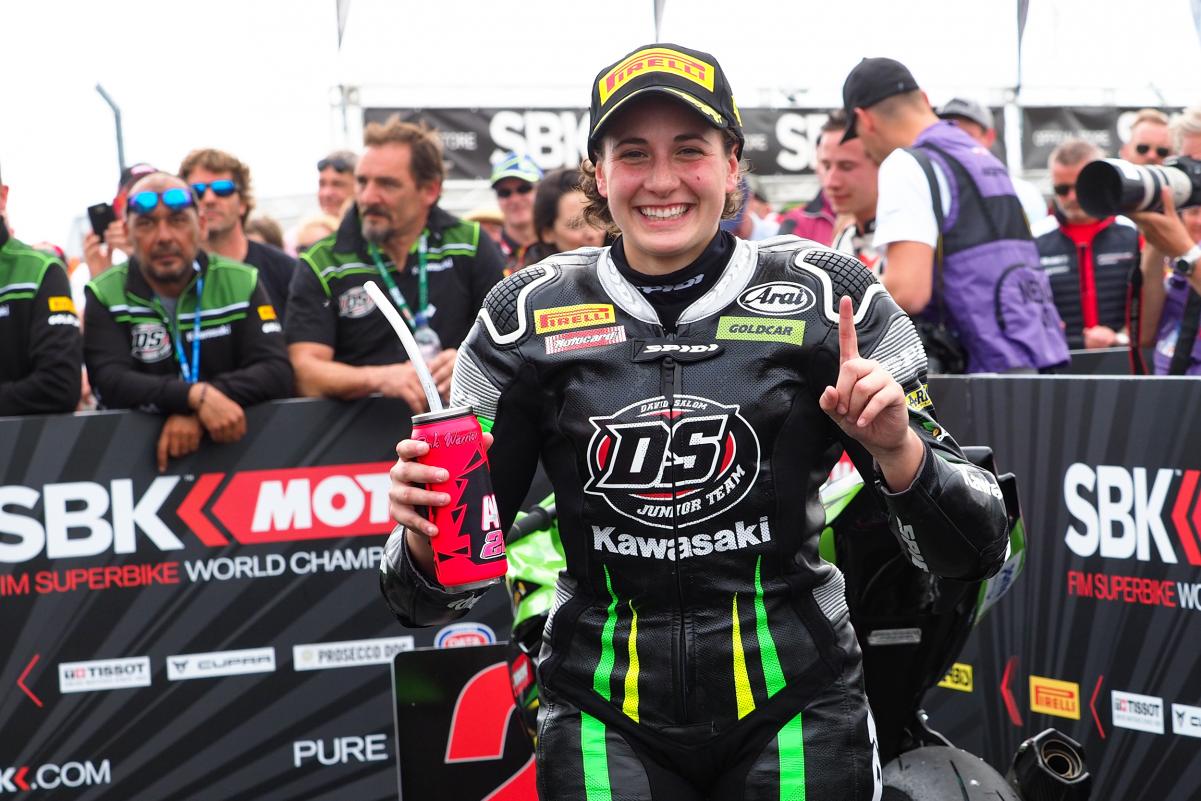 Last weekend Ana Carrasco was the first women in history to win a motorcycling world championship. The Spanish rider got the Supersport 300 title at Magny-Cours (France) to create history in motor racing.

Before the title win, Carrasco was already the first women to win a race in a world motorcycle championship. After three seasons in Moto3, she made her debut in Supersport 300 championship with Kawasaki last year and in only her seventh race in Algarve, she won in a tight race against Alfonso Coppola and champion Marc Garcia.

This season the Kawasaki rider has been a front runner in the races. She was sixth in the inaugural race in Aragon and fourth in Assen. In Imola, she took her season’s first win and repeated the same at Donington Park – also scoring pole and the fastest lap.

These two wins allowed the Spanish rider to take the lead in the World Championship and open up a 22 points gap to her pursuers. In the last four races she has not been able to fight for victory, but she knew how to manage her advantage to reach leader with a 10 points gap to Scott Deroue (Motoport Kawasaki) at last race of the season in Magny-Cours.

But it got complicated when she was only 25th after qualifying while her main rival Deroue got pole. However, the Murcian rider wasn’t to back out as she fought back into the points. Title contenders Deroue and Mika Perez (Kawasaki ParkingGO Team) fought for victory with the championship in the balance.

Disaster struck Deroue’s Kawasaki as mechanical problems with four laps remaining brought the title to Carrasco – but a win for Mika Perez could still take away. But with Daniel Valle (Yamaha MS Racing) taking the win from Perez, the title was sealed for Carrasco.

She crossed the finish line without knowing if she was world champion and she had to wait for a photographer confirmation on the track. Immediately, she broke in tears and then celebrated effusively the win with her team.

Knowing the importance of her achievement, the first women to win a motorcycling world championship explained: “I am very happy because it has been hard to get here and I can only thank Kawasaki team for all they have worked so that I can get there here and my family who have always given me everything”.

“I want to dedicate the title to Luis Salom and his family. We were good friends and the day we lost him, I promised myself that it would be for him.” added Carrasco.