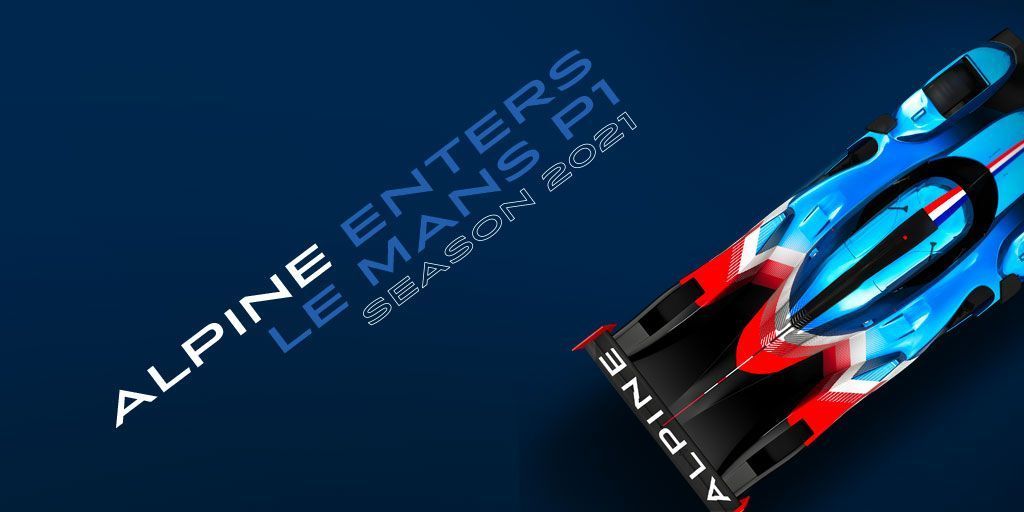 Alpine has joined the LMP1 grid in WEC as Mahindra hires ex-Mercedes F1 personnel in Formula E, while Juri Vips stays with DAMS in F2.

After Renault confirmed a change to Alpine from 2021 F1 season onward, the French manufacturer is now stepping up in the FIA World Endurance Championship (WEC) – and the Le Mans 2 Hours – as well, to compete in the LMP1 category.

They are not new to endurance racing as with Signatech and Oreca, Alpine has raced in European Le Mans, WEC and even Le Mans 24 Hours already, with good success. The new manufacturer outfit will be known as ‘Alpine Endurance Team’.

The new Alpine LMP1 prototype based on an Oreca chassis and Gibson engine, with technical expertise from Signatech. The whole squad, team colour and testing programme will be detailed later on as they will also look to find synergies between WEC and F1 tech.

Patrick Marinoff, Alpine Managing Director, said: “Motorsport is inseparable from the Alpine brand, whose passion for competition and sportsmanship is its DNA. The return to endurance in 2013 marked the beginning of a long-term adventure.

“After eight successful years against some of the best teams in the world, it is time to take a new step by challenging the constructors in the premier category as we will also do in F1. The latest changes to the 2021 regulations allow Alpine to demonstrate its technical know-how and racing experience in a competitive and fair field thanks to a fairly moderated investment ensured with various cost controls measures.

“Together, we intend to take the fight to well-established competition and to write new pages in the history of this great brand born out of competition that is Alpine and to put the French colours at the highest levels of motorsport.”

At the same time, Philippe Sinault, Signatech Director, added: “Alpine ’s history is full of challenges. Few believed in us back in 2013, but we proved ourselves step by step, demonstrating that we were capable of excelling at the highest level. Today, this new challenge is in the same vein thanks to the opening of a unique window of opportunity.

“We will be the newcomers in the premier category and we intend to make life difficult for our rivals. Alpine ‘s confidence in this project is an immense source of pride for our teams and partners who joined this adventure in its early days.

“We approach this programme with the desire to perform well while having the means to work in an extremely qualitative manner in the context of the 2021 season. It’s an exciting and incredibly motivating sporting challenge and we want to be up to it so that Alpine can have an even larger presence in the history of French and world motorsport.”

Guess who has already taken delivery of his Alpine A110S?@alo_oficial pic.twitter.com/wv7a1uJ0et

After the announcement of hiring Alexander Sims as their first Formula E driver for 2020-21 season, Mahindra Racing revealed Josef Holden as its Performance Director, who will lead the team that maintains the race cars and delivers trackside performance.

Holden comes from Mercedes, where he worked at the AMG High Performance side as Strategy and Power Unit Tools Group leader. He also worked with Marussia F1 team. Toni Cuquerella will move from his role as Chief Engineer to Senior Consultant.

Mahindra team principal Dilbagh Gill said: “We are delighted to have Josef joining the team as Performance Director. His experience will prove invaluable as we look forward to building on the many positives of last season and taking the team back to where it belongs; to the front of the grid.

“We are also excited about Toni’s new role. His contribution and leadership to date at Mahindra Racing has been immense and we’re eagerly awaiting the moment when we can talk about some of the programmes he’ll be working on.”

At the same time, Holden added: “Throughout my career I have striven to pursue innovative ways to exploit data and engineering principles to push power unit performance boundaries with the ultimate goal: to win. The next chapter for me is to continue this pursuit with Mahindra Racing.

“Technology is forever marching forward and I strongly believe that Formula E leads the charge for the future of pioneering, high-performance motorsport. I look forward to working with the team and building upon the legacy that Mahindra Racing has already forged within Formula E.”

Mahindra has already started testing with its M7Electro with Sims and more running in Italy and United Kingdom is in the pipeline. By having a Performance and Technical Director, the Indian outfit is now housing everything under the one team, instead of outsourcing.

Juri Vips to continue with DAMS:

Having joined DAMS for Spa-Francorchamps, Monza and Mugello, Red Bull junior Vips will continue racing with the French F2 outfit at Sochi as well in place of injured Sean Gelael. The Estonian impressed with a maiden podium in only his sixth event.

With Vips racing in F2 again, it means, he will miss the Super Formula’s Round 2 at Okayama, which falls on the same weekend. As of now, he is safe still for the championship as the the rule change helps drivers to miss two events from seven as points from only five will be counted towards the drivers’ standings.

It remains to be seen if Vips also does the two Bahrain rounds of F2, where the final weekend clashes with Super Formula’s double-header penultimate round. The chances is that the Estonian will race in Japan as that is his priority.

“I’m really happy with the points that the team scored this weekend,” said Vips. “It wasn’t quite perfect, I didn’t fully maximise the car’s potential as there was the possibility of a podium in the Feature Race and I think we could have won today had I made a better start.

“But I’m very thankful to DAMS for this opportunity and glad to repay them with this result. We sorted some of the elementary issues that were present in Spa and Monza while I was still acclimatising, and I was immediately fast in free practice and qualifying, just 0.350 seconds from pole position.

“The pace was there and the car was good, and I’m now really focused on just putting a full weekend together. It’s a great pleasure to be continuing in the car for Sochi and I’m hopeful that we can fight for the win.”

Here’s news on Alpine in F1