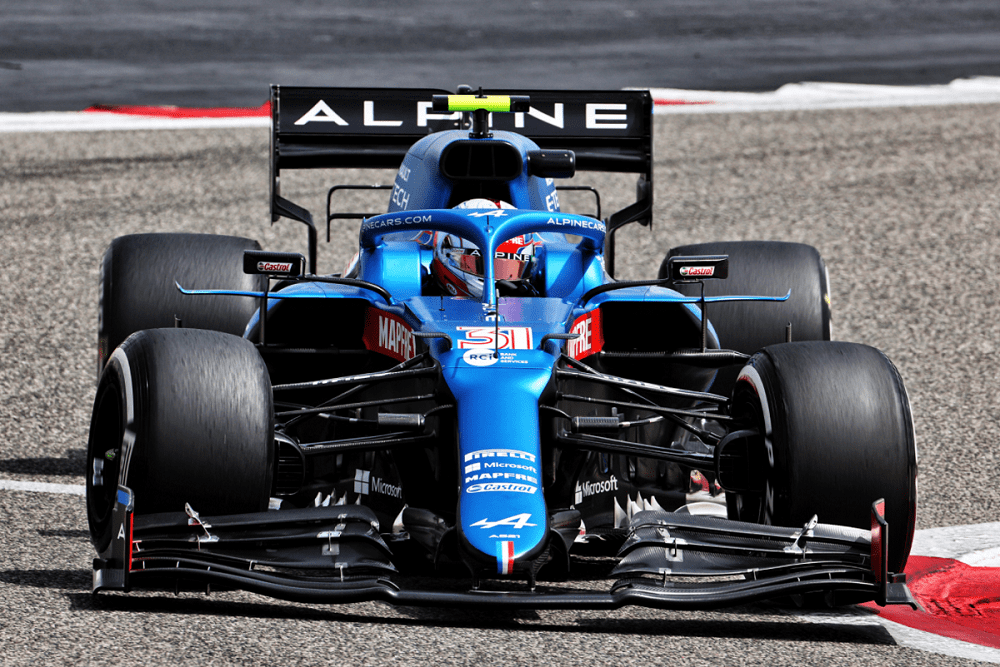 Amid the floor and nose changes, Alpine presented a repackaged power unit section, which eventually made the airbox looked quite bulky from its predecessor, even though the A521 is an evolution of the R.S.20. The larger cover can be seen from afar as well.

Alpine executive head Budkowski explained the reasoning behind it, as they, feel that this is the right approach for them this year, which has helped them make gains in other parts of the car. “I’m a bit surprised by the amount of body shaming on our car,” he joked to start.

“But no, it’s a technical choice, we found that slimming the sidepods was a positive direction, which is nothing new really. We’ve repackaged and relocated some of the bulky things in the car, and we’ve put them behind the air inlet. Yes, it gives a fairly spectacularly bulky shape in the car, but it works for us.

“Yes, there are center of gravity compromises, but usually aero performance wins over weight and center of gravity,” summed up Budkowski in the press conference, as he felt positive after the smooth running for Alpine thus far in Bahrain F1 pre-season testing.

Both Esteban Ocon and Fernando Alonso have covered more than 100 laps on their respective days. While Alpine has seen some good days, their immediate rival Aston Martin, hasn’t seen as much, especially on Vettel’s side of the garage.

The German faced gearbox issue on Day 2 which limited him to just the 10 laps, as he is already way behind on lap count to his teammate Lance Stroll even. For Vettel, the less number of laps will leave him more to do when the 2021 F1 season actually starts.

Team boss Szafnauer says it will certainly have an impact. “We lost a significant amount of running time, but we fixed the problem and the engineers then re-scheduled the run plans in order to get the most important work done, such that we understand the car,” he said.

“It will have an impact on Seb, because he will have less time in the car before the first race and what he really needs now is seat time in our car, because we are a different team and it’s a different car, a different powertrain than he’s been used to.

“So far his feedback is very detailed and very precise. The engineers get very good feedback from him. Yeah, he’s got a great work ethic and he pursues every single little bit of performance that we can go after. For that reason, it’s evident why he’s won all those races and championships,” summed up Szafnauer.