Home F1 Alonso, Hamilton expand on the radio topic but ends it with a... 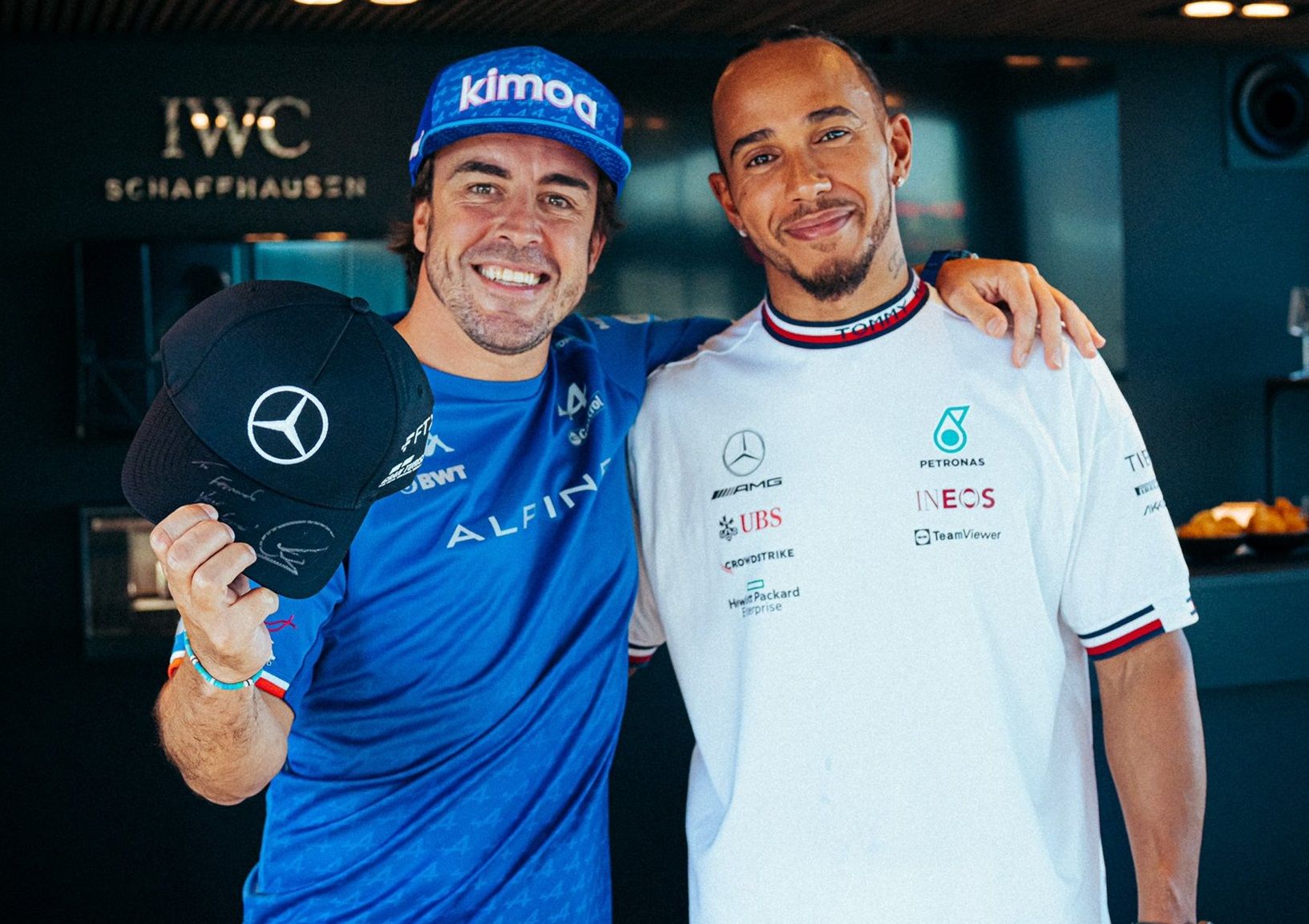 Fernando Alonso, Lewis Hamilton have buried the radio topic from Spa during F1 Dutch GP as the Spaniard also collects a signed a cap.

Following the week long furore over the radio comments made by Alpine’s Alonso against Mercedes’ Hamilton after their Lap 1 tussle in F1 Belgian GP, the Spaniard apologised for his comments ahead of this weekend’s Dutch GP at Zandvoort.

Having had a good start to his grand prix, Alonso almost retired after his collision with Hamilton, but fortunately there was no damage for the Spaniard. It was a natural reaction to being hit by the Brit, who later on stated that ‘he doesn’t care’ about it.

The fans were enraged naturally on both sides, as Hamilton used humour on his social media as a medium to convey his message. He posted photos from the weekend and had a signed cap with the name of Alonso kept on the motorhome table.

In a surprise move, after apologising to Hamilton when speaking to media, he went to Mercedes’ motorhome in Zandvoort to collect a signed cap where he even met the Brit, who was completing his media session at that moment.

Regarding the apology, Alonso repeated his earlier stance that whenever any non-British driver says anything against Hamilton or others, they are targeted not only by fans but also the media. He added that there is immense respect for his rival all-through.

“But anyway yes, I apologise, I was not thinking what I said. I don’t think that there was much to blame in that moment, to be honest, looking at the replays and everything, because it’s a first lap incident, we are all very close together. The heat of the moment and the adrenaline of the moment, fighting for finally, top two, top three, made me say those comments that I should not say.

“But at the same time, as I said also after the race, I said that it was a race incident in my opinion. When you say something on the radio, in that moment, you think that you are talking with your engineer, so you are preparing the strategy. Finally you start on the top three, you overtake Checo on the first corner, you are running second, and then something happens and you say something to your mate, to your colleague to your engineer in that moment. Obviously, you should be aware that is broadcast.

“But it’s like if someone makes a hard tackle or something in football, in that moment you say something to your teammate, or your defender or wherever that is not broadcast. Our media time is before the race and after the race, and before the race and after the race, I said what I was thinking. In the radio, I said something that I was not… I don’t I don’t think that way,” summed up Alonso.

At the time when Alonso spoke to media, he hadn’t been to see Hamilton and at that time, he stated that he would see him for sure which he did later on. “I will hopefully when we are doing the TV pen I will approach him and say sorry if he understood in that way. I have absolutely no problems with him. And as I said, I have huge respect for him,” he added.

Regarding the future course, Alonso reckons he will remain quiet on the radio from now on and that he has huge respect for Hamilton. “I will be very quiet in the radio. It’s a sport that has this thing that is broadcast, things that you should be in a little bit of privacy with your team. So yeah, I will try to be quiet always in the radio, and don’t be part of a show that I don’t agree with.

Much like Alonso speaking before his meet with Hamilton, the Brit too did so before meeting the Spaniard, where he spoke about the cap thing and elaborated that he is always improving as a driver and that he has to maintain his behaviour knowing how many young people follow him.

“We were standing right next to each other in the pen, it is not a thing for me,” said Hamilton. “It doesn’t change things really, it doesn’t affect me. With the cap, it was just a fun thing, it is good to have fun sometimes with these things. For me, I’m always trying to be a better driver.

“Also, I know there are a lot of people – young people and older people – but a lot of young kids following me and it’s important the steps I try to take in my behaviour. I’m always trying to learn from that and be better,” summed up Hamilton.

Here’s Mercedes on how bad the impact was