Home Single-Seaters GP3 Alessio Lorandi: “2016 did not go as I wanted” 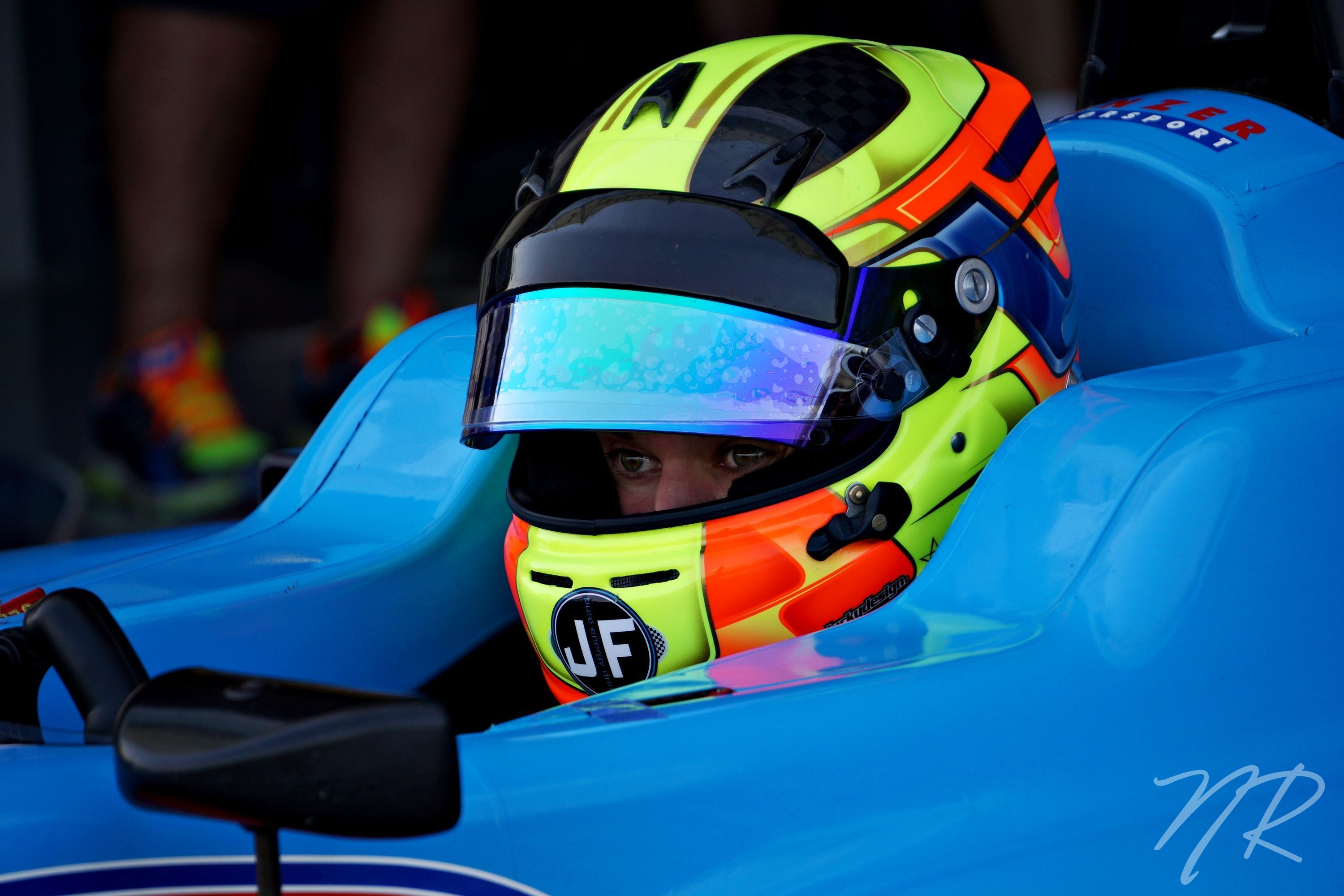 During the last GP3 Series week-end of the season, FormulaRapida.net met Alessio Lorandi and discussed about his difficult 2016 season. The interview took place on Saturday afternoon after the first race which he finished in 12th place after starting 21st.

Q: How do you feel in the middle of your weekend ?

A: I am quite upset. It is my first time on the track and after free-practice I was very confident because we were quite fast. We decided not to use the new supersoft tyres to keep them for the race but then everything turned badly in qualifying. We had a broken sensor so we didn’t take part in quali and because of that I started at the back of the grid. I expected more from race 1 to be honest. P12 is not bad but it’s not great either. With all the crashes that happened in front we could have picked more than what we had. We were hoping for a top 10 but unfortunately we had no speed in the last laps because of the tyres and I am not happy about it.

Q: This is only your second week-end in GP3 Series as you joined in Sepang, did you find it difficult to adapt to the car?

A: Yes, it was hard in Sepang, it was a complete different car. The laptimes are not so far away as we are averagely 3 seconds faster than F3 but GP3 cars are much heavier and they have the double of horse power. It was hard to adapt especially in the high speed corners because of the weight of the car. And the tyres as well are difficult to understand, when to push, when to save. It is difficult but I am learning during every minute in the car.

Q: Why did you chose Jenzer to compete with?

A: *nervous laugh* For sure it was one of the cars available because some teams were full already. We met them, we both had the will to do well so we decided to take part with them. We saw Arjun Maini was doing pretty well with them in the last races so we decided to join him.

Q: You started the season in Formula 3 with Carlin and you got your first victory in racing cars at Pau. What are your thoughts about this part of the season?

A: Here again it was disappointing. 2016 didn’t go as I wanted. In 2015 I was really fast in every team I drove. I was expecting to have a good go at the championship. I knew Prema was really strong but in the 2016 tests at Vallelunga I was really strong too. I was confident but then we arrived on the first race weekends and we were nowhere so it was really sad to be honest. We could not really find the problems and when we found it, it was hard to improve. Then we started getting good positions in Hungaroring, in Pau where I won. Then there was a mixture of up and down for example in Norisring we were nowhere, at Spa as well after a really good weekend at Zandvoort where we were always in the top 5. So we decided not to keep going like that with our teammates (Ryan Tveter and Weiron Tan) so we decided to move here and get some experience for next year. I will do the tests next week so it’s really important.

Q: So you are planning to stay next year ?

Q: Do you have any ideas of which team you would like to be with ?

A: Not sure. I can’t really comment. I am testing with different teams, I don’t know which ones yet, my manager is taking care of that so I can focus on racing. We will see after next week.