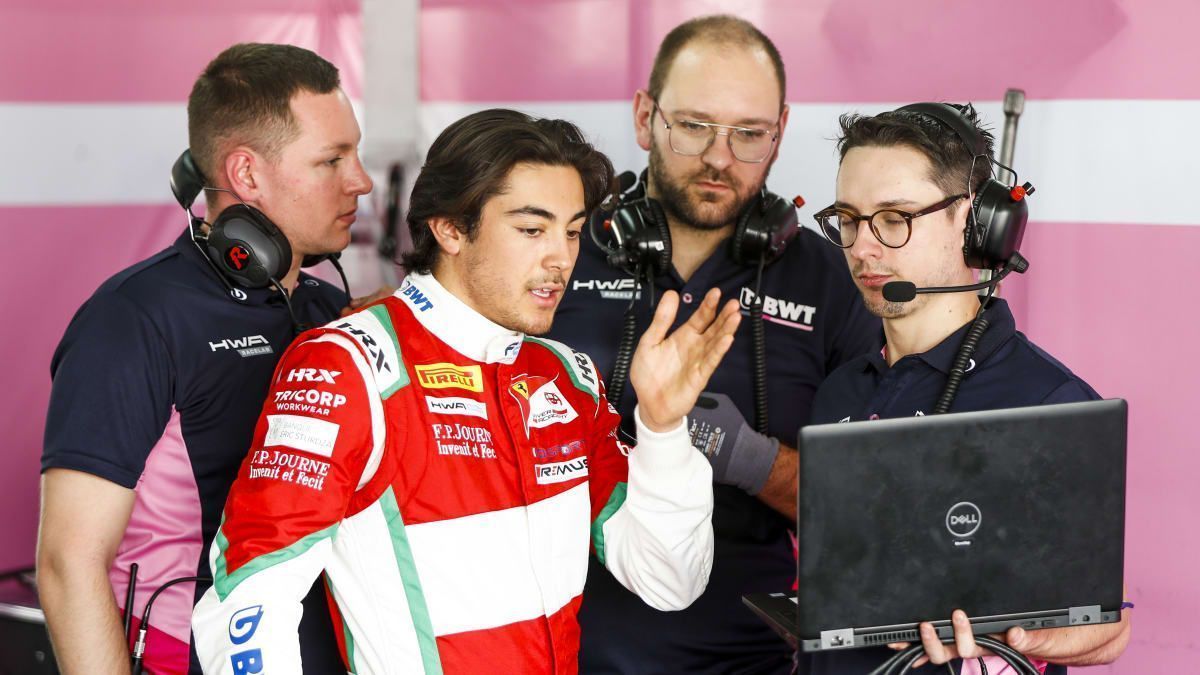 Jean Alesi has spoken on preparing his son, Giuliano, for the upcoming F2 season as he opens up on the difficulties young drivers will face.

‘Rusty’ wouldn’t begin to describe how the drivers of F1, and its feeder series, F2 and F3, will feel when they first hit the track in 2020. With an off-season that will have gone on for seven months, there will likely be the need for WD-40, and some tune-ups.

And, among those who will be returning to racing ‘cold turkey’ will be Giuliano – Jean Alesi’s son, and competitor for HWA Racelab as a Ferrari junior. And speaking to Sky Sports, Jean addressed how he has been readying his son for the coming return to racing.

“It was nice to have him at home, but it was unbelievable,” said Alesi. “Everything was ready, testing in Bahrain, and suddenly it started to look down. For a kid to be focussed, and to wait for a big moment, that will be a big issue.

“Eight races in a row is going to be something unique, so I hope we [Guiliano and I] will make it work.” As the Italian-French driver stated, it will be difficult for all those involved. However, he did also add that his son ‘has to’ be in with a shot at the series title in the season to-be, given his stronger team this year.

In 2019, he was a rookie with Trident. However, this year he joined forces with the more successful team of HWA, and this has heightened expectations for the coming year. “He has to win,” started Jean. “He knows the effort we’ve all made for him, and he has a good team now, and I really believe he can.”

While they look forward to start the 2020 F2 and also the F3 seasons in Austria and stage at least eight rounds for now until Monza with F1, Alesi is worried about a lot of other younger drivers due to the lack of budgeting in the junior championships.

F1 revised its budget to a $145 million but F2 and F3 will carry on without any limitations – something which will affect many drivers, even to the extent of not completing the full season. Alesi, himself, had to sell off his Ferrari F40 to raise money.

“We talk about the budget cap but nothing was for F2, they didn’t change the price of the fee of anything,” said Alesi. “So I’m sure a lot of drivers will not finish the season and that will be a disastrous season for the Formula 2 and Formula 3 drivers.

“So I hope in this big mess something will change and will give the opportunity of these drivers who make a big investment not only on the money side but also in the life side because they quit school, they quit university because they dream to be a racer and nobody is looking after them.

“I’m very very sad about that because I’m an ex-Formula 1 driver, I have connections but I had to sell my Ferrari F40 to give the budget of my son to race in Formula 2. And why? Because it’s almost mission impossible to find sponsorship.

“And in the meantime, in front of you you have just the prices of the tools – too expensive, and nobody wants to change it. So that will not stay forever. In the family, we do things with a passion and to have a Ferrari F40 in the garage or to see my son racing is no comparison. I prefer him racing and the F40 – I’m too old now to drive it.”

Here’s how F2 and F3 season is shaping up