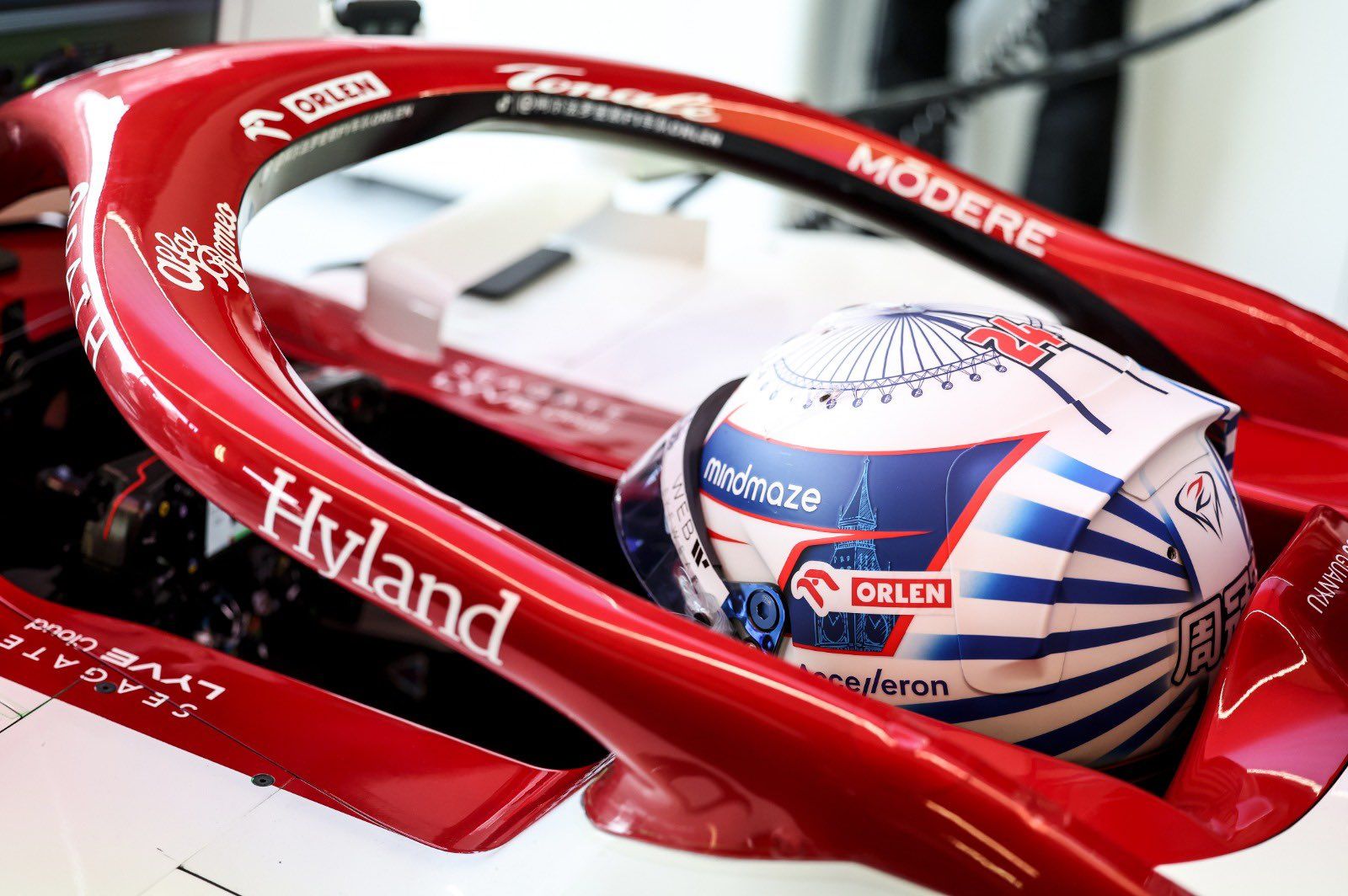 Zhou Guanyu and Alexander Albon were both released from medical center and hospital after their crash in F1 British GP.

It was a horror start in dry conditions in F1 British GP at Silverstone, when a collision involving Mercedes’ George Russell and Alfa Romeo’s Guanyu left the latter beached in between the fence and tyre barrier after his car was flipped upside down.

The race was red-flagged as Guanyu was taken onto the stretcher to the medical center from where he was released after checks. Fortunately, the Chinese driver escaped any type of injuries and was in the paddock soon enough speaking to people.

The extraction from the car took time as the space was lot less to take him out. The Halo helped him immensely with Russell also at the scene to look into the initial phase of extraction. “It was a big crash and I’m glad I’m ok,” said Guanyu. “The marshals and the medical team at the track were fantastic with their quick response, and I also owe my thanks to the FIA and Formula One for all the work they have done, and they keep doing, to improve the safety of our cars.

“The Halo saved me today, and it goes to show that every step we take in improving our cars has real, valuable results. I’m keener than ever to get back on track and do what I love: I’m fit and I’m looking forward to Austria next week,” summed up Guanyu, as team boss Frederic Vasseur concurred the same.

Post-race, Russell explained his side of things and what he was trying to do after the incident when he rushed out of his car to check on Guanyu. “Firstly, glad to see Zhou’s okay,” he said to media. “It was incredibly scary incident not just for him but I’m sure for everyone in the crowd as well. Not nice to see. We obviously took a gamble starting on the hards because I didn’t do a good enough job yesterday in qualifying, and we were starting out of position.

“We knew it was going to be very tricky but I just got completely swamped by everybody at the start and next thing I know is I was in the side of Zhou. So yeah, so many different emotions. And then I jumped out, I saw it was a red flag, I jumped out to see if he was okay. In that position, he was stuck there. There’s nothing he could have done.

“We need to have I think I guess to avoid the car being stuck in such a fine gap, in the space between the tyre barriers and the metal fence. And yeah, he was just stuck in there with nowhere to go. As for trying to speak to him, I left that to the doctors but I wanted to see if there was anything I could do,” summed up Russell.

While this incident didn’t set off a chain reaction per se, but with several cars having a slow start, it also caught out Williams’ Albon who was tapped on the back by Aston Martin’s Sebastian Vettel. The Thai racer rammed onto the pit wall and then collided with others.

He took Alpine’s Esteban Ocon and AlphaTauri’s Yuki Tsunoda with him. While they could continue, Albon retired and was taken to the medical center. The several bumps he had in the incident meant he had to be taken to the Coventry Hospital.

After the precautionary tests, he was released from the hospital with an all-clear. “We are pleased to confirm that Alex has been given the all clear and has been discharged from Coventry Hospital. Thank you to everyone for your well wishes,” said a statement from Williams.

Albon shared a photo from the hospital bed, while the team released a statement on his behalf as well. “I’m very glad that everyone else involved in the first lap incident is okay,” he said. Thank you to all the medical staff at the track and Coventry Hospital. It’s a shame our race ended before it began today, but we are already fully focused on Austria. Bring on the next one.”

Here’s Guanyu being taken into the ambulance: https://www.formula1.com/en/latest/video.2022-british-grand-prix-alfa-romeo-confirm-that-zhou-is-conscious-and-has-no-fractures.1737344064236121365.html