Being the big favourite is a coveted position, but not necessarily a comfortable one. Nasser Al-Attiyah has cracked under the pressure several times before, but this year he and his co-driver Mathieu Baumel put in a masterful performance. The Qatari was eager to seize the lead from the get-go and took the two specials (1A and 1B) that made up the opening stage.

Meanwhile, the Audis were already on the back foot, first when Sainz made a catastrophic navigation blunder and then, the next day, when Peterhansel lost one of his rear wheels and had to accept an extremely heavy penalty in order to continue his Dakar adventure. Against this backdrop, the fight for top honours soon came down to a duel between Sebastien Loeb and Al-Attiyah, but the Frenchman faltered in stage 3, when he suffered a broken drive shaft, resulting in a 50-minute deficit by the time the rest day came around.

Firmly in command, the man who earned the nickname of “Prince of the Desert” in South America became a king by claiming his fourth Dakar title in the Middle East, next door to his home country, to go with his victories from 2011, 2015 and 2019. Loeb can find solace in the stellar performance of his BRX Hunter, but like in 2017, when he came up short in his duel with “Peter”, he ended up in second place… his least favourite! Yazeed Al-Rajhi inserted himself in the Franco-Qatari battle several times and proved that he is a force to be reckoned with on home turf, claiming his highest finish so far and climbing on the final podium for the first time (third at 1 h 01′13″).

Behind the top 3 that everyone yearns for, Prodrive can be pleased to have Orlando Terranova’s Hunter in fourth place, the best result of his career in a car after fourteen starts. In contrast, the Mini X-raid buggy seems to have been left in the dust by the new generation of T1+ cars, with Jakub Przygoński slipping down two places to sixth. Giniel De Villiers came in fifth to claim his eighteenth top 10 finish. Also in the top 10 was Mathieu Serradori in his Century (ninth). Mattias Ekstrom’s tenth place overall capped Audi’s impressive performance over the last fortnight.

To say that the motorbike category was the closest-run race of the 44th Dakar would be an understatement. The 3′27″ between Sam Sunderland and Pablo Quintanilla in Jeddah were the slimmest margin at the top of the leader board since 1994, when Orioli finished 1′13″ ahead of Arcarons! The Englishman went back to his winning ways after a drought stretching back to 2017. Sunderland’s star had seemed to be on the wane. When he did not withdraw from the race, he had to settle for third the following year.

To break this vicious cycle, the Englishman first stayed in the shadow of his flamboyant teammate, Daniel Sanders. However, “Chucky”, the man of the first week, was sent home by a stupid crash while exiting the bivouac in Riyadh in the wee hours. Sam already held the overall lead, which he defended for four days without winning any specials. Meanwhile, three other former champions embarked on an impossible mission after flopping in the opening stages: it was 2021 all over again for Price and Brabec, joined by the defending champion, Kevin Benavides, this time round. Only Matthias Walkner, also a previous winner, and Adrien Van Beveren were able to match Sunderland blow for blow.

The official GasGas biker delivered the coup de grace with a win in stage 8. The same old trick once again allowed him to approach the remaining stages with caution and hatch a plan for stage 10. Sunderland and Walkner held back so that they could chase the new leader, Van Beveren, clad in Yamaha blue, in the following special. Pablo Quintanilla also pounced on the opportunity to finish second, matching his 2020 performance. Young brands such as Sherco and Hero also had their moment in the sun.

Ensconced in the top 5 for almost the entire first week, Santolino and his Sherco expected to feature in the fight for glory before the tables turned. Hero and Joaquim Rodrigues bagged their maiden win in stage 3, with a special thought for Paolo Gonçalves. Red once again fluttered in the breeze of the aptly named sea, but it was no longer Honda’s. GasGas avenged the insult to KTM and became the sixth constructor to take the Dakar.

In the Rally2 category for non-professional bikers, 20-year-old Mason Klein was a cut above the rest, finishing ahead of Camille Chapeliere and picking up a stage podium along the way. The Frenchman, nineteenth overall, came in three places higher than in his debut. Romain Dumontier, precisely in twenty-second place, rounded out the Rally2 podium. In the Original by Motul category for bikers without assistance, the 2022 podium was almost the same as last year’s. Lithuanian Arunas Gelazninkas retained the title, while the battle-hardened Czech Milan Engel was runner-up and Frenchman Benjamin Melot defended his third place.

Alexandre Giroud emerged victorious from a classic Dakar war of attrition. Near the start, he watched on as the flashy performances of other riders turned out to be a flash in the pan. Lithuania’s Kancius, Russia’s Maksimov and even the defending champion, Manuel Andújar, all learned the hard way that haste makes waste. Pablo Copetti, on the other hand, grasped that the Dakar is an endurance race.

The Argentinian-American and Giroud locked horns in the second week as Copetti launched assault after assault on the Frenchman’s lead. In the end, it was Copetti who bent the knee after a broken engine in stage 10 put paid to his chances. Giroud now had a clear path to Jeddah Corniche, where he wanted to pay tribute to his father, Daniel, who became the first quad rider to finish the Dakar back in 1997. Racing in a league of his own for much of the rally, Giroud Jr. dominated the standings by 2 h 21 over his Drag’On stablemate, the Spaniard Francisco Moreno.

The Russian truckers have never shied away from their status as favourites. They have racked up eighteen victories with six different drivers since the dawn of the 21st century, only bending the knee to Karel Loprais in 2001, Hans Stacey in 2007 and Gerard de Rooy in 2012 and 2016, and extended their hegemony in Saudi Arabia this year. Each of the four men at the wheels of the blue trucks has claimed at least one stage, leaving nothing for the competition.

Reigning champion Dmitry Sotnikov defended his title and led a Kamaz 1-2-3-4. He won the rally with 9′58″ to spare over his teammate and four-time Dakar champion Eduard Nikolaev, who took his eighth podium spot in ten starts as a driver. Kamaz had already locked up the top 4 in 2011. Further back, Janus van Kasteren was the best of the rest in fifth place… over an hour behind the last Kamaz. 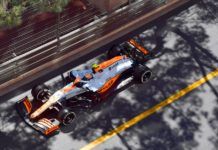 Formula E signs a letter of intent with Hyderabad for Indian...