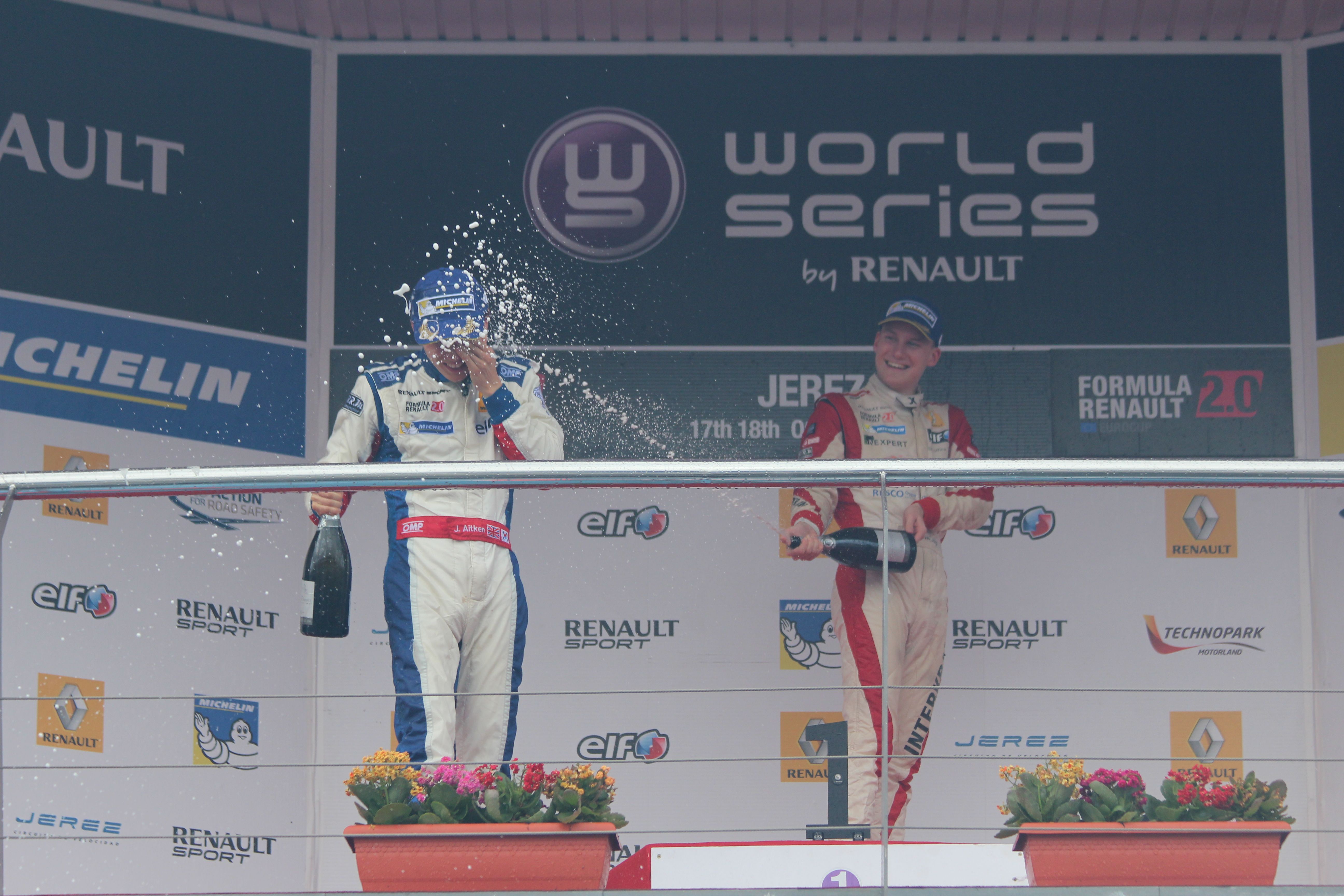 Jack Aitken has win the first race of the weekend in Eurocup Formula Renault 2.0 at Jerez, and now is the new championship leader, alongside Jörg who was second. Third place for Ignazio D’Agosto.

Under hurricane “Joaquin” the race had to start under safety car, but this was not enough because ten minutes later they red flagged the race due to, Richard and De Sadeeler contact, Romanov outing, and retirements from Baptista and Defourny.

The restart was a masterclass of Jack Aitken who put 12 seconds to Jörg, who has to defend from the attacks of Barnicoat, who has to retire at last lap. This allow D’Agosto to complete the podium as Delétraz finished fourth. Fifth place for Hughes who started 10th as he follow Isaakyan.

Also great performance from Hubert who has to comeback after qualifying error, that made him start from 16th, and after all, he crosses the line on seventh place.

Kodric and Sasahara where 8th and 9th as Scott closes the top 10 and finished as the best rookie.

In the championship standings, Jack Aitken and Kevin Jörg leads with 6 points over Delétraz. Fourth is Hubert 27 points behind as Hughes is 39. Barnicoat after his retirement is almost out of the title chase, 47 points behind his countryman.