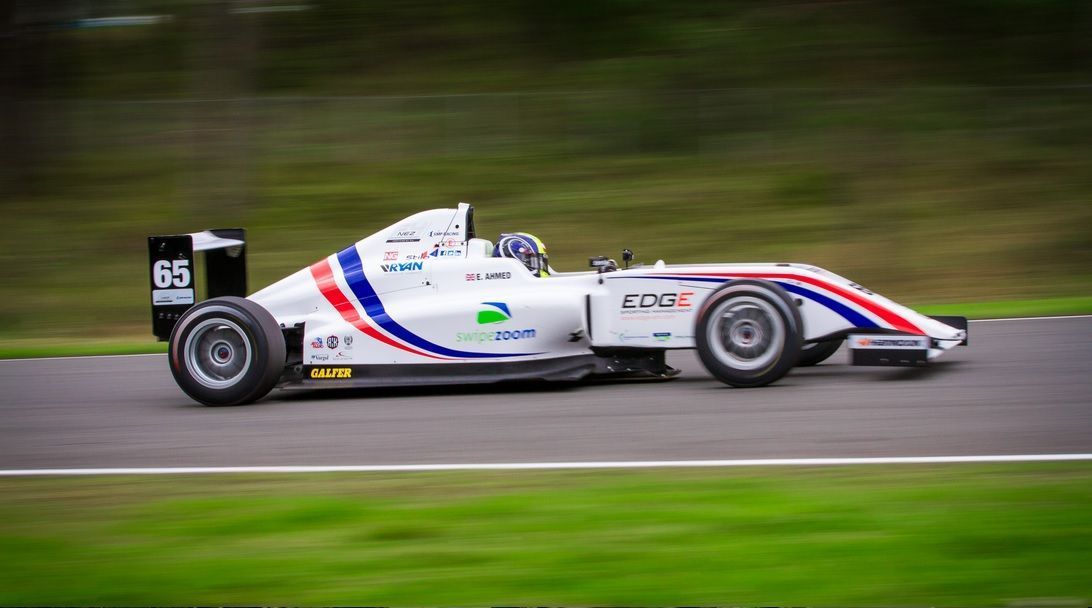 Enaam Ahmed takes the victory for second time in Pärnu for Race 2 of Round 5 of the SMP F4 NEZ championship. Starting from pole, was unbeatable from the attacks of Kari who finished second. Atoev was third.

From pole position, Enaam Ahmed led once again the race light-to-flag in his second triumph for the British driver. Niko Kari had some chances to overtake him but was not able to overtake him. The same for Atoev who reach the podium again after a great start.

Who also had a good start was Aleksanteri Huovinen who starting from fourth place, took turn 1 on fourth and managed to attack Atoev at the end of the race. Fifth was Aleksey Korneev, thanks to his manoeuvre on Matveev –who finished sixth, with two minutes of race remaining.

Seventh place for Niklas Nylud. The Finn started from third position but he stole the car in the grid, and drop some positions. He then, come back to seventh final place after overtake Evstigneev and Maslenikov, eighth and ninth final places for them.

Closing the points and the top 10 is Nikita Sitnikov. Isaakyan retired from the race after a spun on lap 9.

On championship classification, Kari extends the gap with Atoev to 49 points. Huovinen is third with 96 points behind.