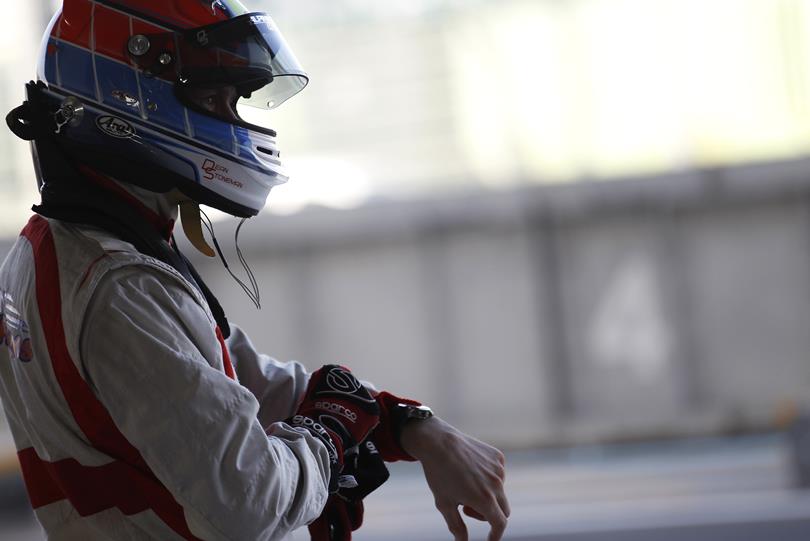 Spectacular end of season for the english Dean Stoneman from Koiranen GP that already carries three victories in four races. Have followed him on the podium Kirchhöfer and Zamparelli.

Lot of heat in the circuit of Abu Dhabi in this first race of the day of GP3. Stoneman has pass trought to Kirchhöfer in the output. The pilot of ART GP was half a second to Stoneman when in the second round Patrick Kujala foundered his car fighting with Tuscher and Silva.

The safety car has come out to the track and the three pilots involved in the accident have had to leave. When the safety car was entered by the pit lane, the english driver Stoneman has set a strong pace and has succeeded in opening a small distance with their persecutors Kirchhöfer and Zamparelli.

After a mistake on lap 11 of the pilot of Koiranen GP the difference has been reduced to a second and Kirchhöfer was the fastest driver at that time. But no longer has been unable to do anything to prevent the victory of Dean Stoneman.

Thus, the second and the third place of the championship is still to be decided that are only separated by two points. Everything is open until tomorrow when finished the last race of this world of GP3.