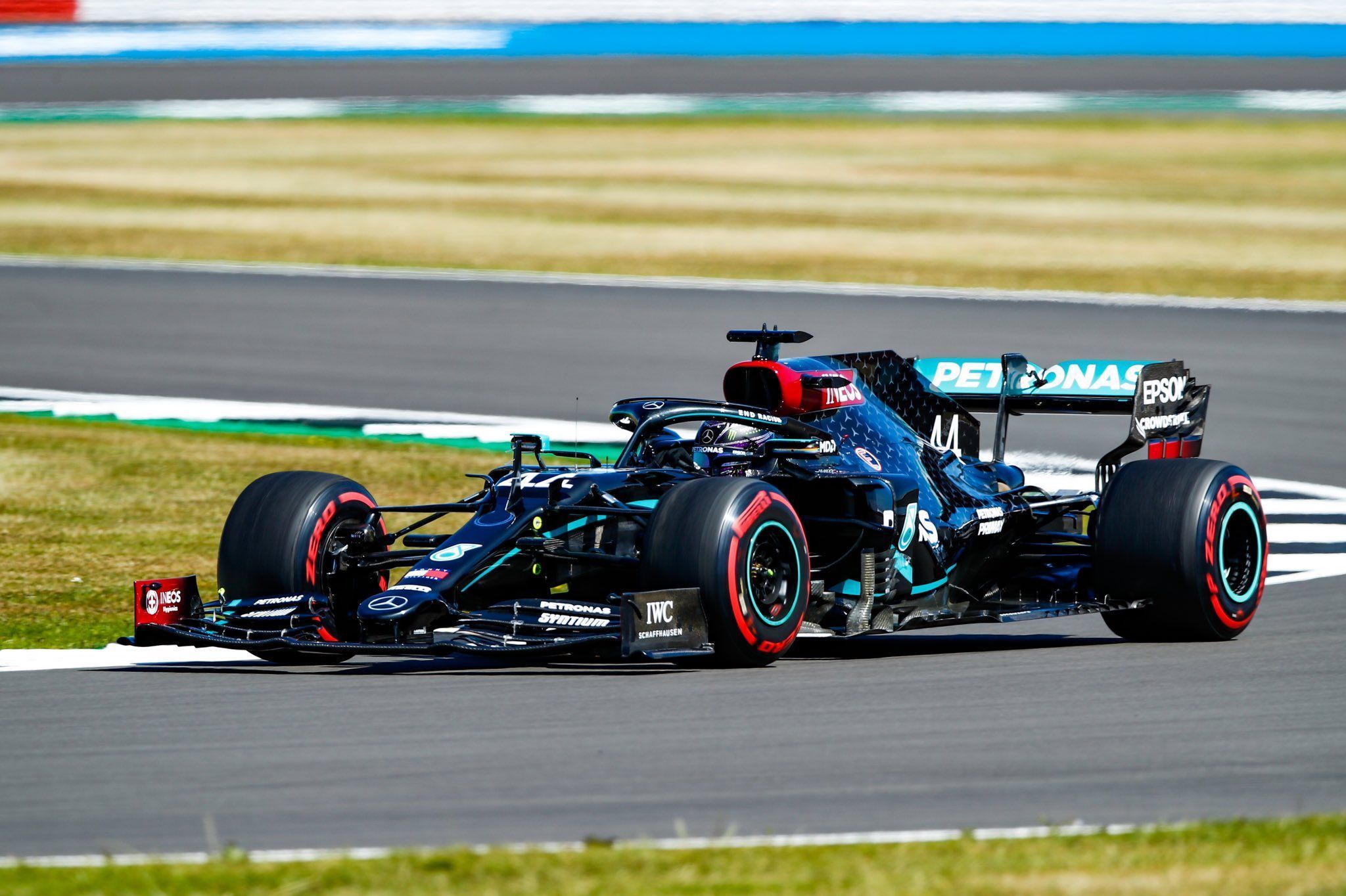 The FP2 session in F1 70th Anniversary GP at Silverstone saw mixed strategy from teams and drivers where not everyone used the soft compound for their qualifying trim – more so because they already had data for that from last weekend’s grand prix.

The Canadian had a moment in the session as teammate Nico Hulkenberg (1m26.746s) was sixth but complained of being uncomfortable with his seat. Ferrari’s Charles Leclerc (1m26.812s) was seventh from McLaren’s Lando Norris (1m26.867s).

Teammate Carlos Sainz (1m26.918s) was just behind in ninth as the Spaniard had a moment while battling AlphaTauri’s Daniil Kvyat as Renault’s Esteban Ocon (1m26.928s) was 10th from Red Bull’s Alexander Albon (1m26.960s).

Kvyat slotted in 12th with AlphaTauri teammate Pierre Gasly (1m27.128s) 13th ahead of Ferrari’s Sebastian Vettel (1m27.198s), who had his session ended early after an engine failure when he ran wide on the kerbs broke his floor, with oil pouring on the track.

He could stop the car in the old pitlane under Virtual Safety Car but the session was red-flagged when Alfa Romeo Racing’s Antonio Giovinazzi (1m27.955s) stopped on track, with the Italian ending up 20th after missing FP1 session.

As mentioned above, the tyre strategy was mixed with Hamilton, Bottas, Stroll, Hulkenberg, Russell and Latifi setting their best times on the medium compound, while McLaren duo ran only the soft with Renault the only ones to try the hard tyres.